Could Cape Wind have put up a bigger fight?

Cape Wind officials aren’t saying much in the aftermath of losing two crucial power purchase agreements with utilities early this month. But others have plenty to say and this serious bump in the road is not the end for US offshore wind promise. 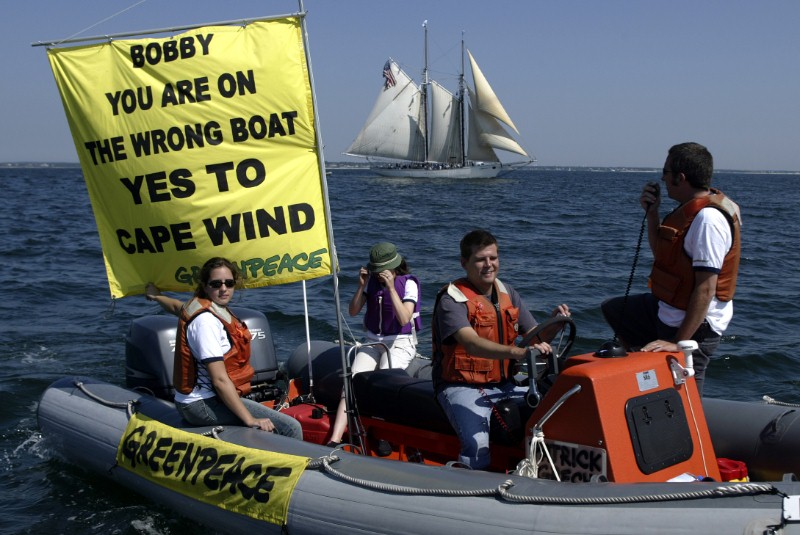 Cape Wind has been highly controversial from the start. CEO Jim Gordon has faced dozen of lawsuits over various issues, including political issues and concerns that the project will harm wildlife. The latest court action occurred in May, when a judge dismissed a lawsuit challenging the agreements that Cape Wind signed with the Massachusetts utilities. It was the 26th failed legal action brought by project opponents, including billionaire coal magnate Bill Koch, chairman of the largest opposition group. In retrospect, the May ruling may be the last piece of good news that Cape Wind receives for a long time.

“Cape Wind is reviewing its options,” was all company spokesperson Mark Rodgers would say about the future of the controversial offshore wind farm off the coast of Massachusetts.

Others, however, have plenty to say about Cape Wind, which lost PPA deals with National Grid and N-Star when it failed to secure financing by a Dec. 31 deadline. Now, the $2.5bn project is on financial life support.

“It’s a very dire situation for Cape Wind,” says Amy Grace, a wind industry analyst with Bloomberg New Energy Finance. “I’ve always said that financing was going to be very difficult for them. It’s unclear what their options are right now.”

N-Star, a division of Northeast Utilities, agreed to buy 27.5 percent of Cape Wind’s production back in 2012. National Grid had previously agreed to purchase 50 percent of the power produced from the wind farm.

“We entered into an agreement with Cape Wind in good faith, fully committed to meet our obligations and purchase power from their offshore facility to deliver to our customers,” Northeast Utilities spokeswoman Caroline Pretyman said in an e-mail. “Under the terms of the contract, Cape Wind was required to secure financing and commence construction by Dec. 31, 2014.

Cape Wind claims that provisions were built into both contracts to extend the deadline if financing was not in place. However, neither utility appears willing to re-open negotiations.

“The deadlines Cape Wind has missed were contractually agreed-upon by both companies,” says Pretyman. “Contracts such as the one between us and Cape Wind have these milestones so projects that are unable to move forward do not burden customers for long periods of time in a high-priced market environment due to lack of supply.”

The hard stance taken by both utilities doesn’t leave many options.

“What is the next option … to sue their client? That doesn’t seem like a great strategy either,” says Grace.

In March, Cape Wind secured $400m in debt financing from private banks in Japan and France. However, debt financing is not necessarily an issue for Cape Wind. The bigger problem lies with finding equity investors, who are typically risk-adverse and would have concerns about investing in a project like the first-ever offshore wind farm in the U.S.

Grace says that the typical price of a tax equity investment for an on-shore project that carries no debt is between 7.5 and 8.5 percent. By adding debt to the project, the range increases to the mid teens.

“With Cape Wind we are talking about the first off-shore project in the U.S.,” she says.

“Admittedly it is being built by Siemens but there are also a lot of local contractors involved that have never built an offshore project before. It’s not rocket science, but it’s not building Lego’s either. It’s complex, so that would make any first time investor in the offshore industry nervous. So that puts your price of tax equity from a tradition tax equity player north of the mid teens, which makes it incredibly expensive for them.”

“Cape Wind has this huge vested tax credit that they would need to use,” says Grace. “If they built full size they need about a $1bn in tax equity. The entire tax equity market in a good year is about $6bn, so that’s about one-sixth of the total tax equity market that exists in the U.S. And remember tax equity doesn’t exist anywhere outside of the U.S.; it’s strictly a U.S. phenomena.”

In a recent Boston Globe editorial it was highlighted that the opposition of the project was mostly about positioning--it would devalue the seascape and negatively impact the local boating, tourism and holidaying community. Political American family, the Kennedy's, were against the project's proximity to the shoreline, according to the editorial, which would have meant other powerful people who own houses there would be backing the same opposition stance. Robert F. Kennedy Jr., a prominent environmental attorney, urged developers to build much farther offshore in order to safeguard the shoreline for fishermen and tourists.

"And, indeed, one of the lessons of Cape Wind is that any successful wind farm of its scale must head many miles south of the Cape and the islands," stated the editorial. "Luckily, from the example of Europe, we already know that deepwater wind farms can often produce exponentially more power and are likely to be the future of this technology. And already the federal government has begun to auction off leases for vast areas of water at least 12 nautical miles off the Vineyard.

"A Rhode Island-based firm, Deepwater Wind, has already won one lease. This will be a project to watch as the next iteration of Cape Wind emerges in Massachusetts."

Offshore wind has a time and place in US waters, it will just be a matter of timing, equity investment, advice from European counterparts and readily available offshore infrastructure to make it a reality. But Cape Wind's current situation highlights that turbines in US waters are now more likely to be shifted out to deeper waters.