Brazil transmission: what impact on O&M?

Transmission link delays are having a clear impact on new projects in Brazil. What is less obvious is how the situation might affect operations and maintenance. 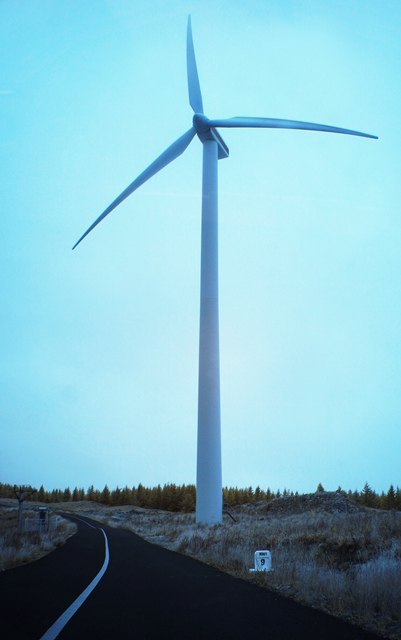 Brazilian wind developers may increasingly have to factor transmission links into their operations and maintenance (O&M) plans if grid connection delays persist in the market.

Bloomberg earlier this year reported that firms such as CPFL Energia, Brazil’s largest private sector utility, with more than 1.3GW of wind farms in operation or under construction, were stepping forward to bid for transmission projects.

The move came as state-owned companies like Eletricas Brasileiras were bowing out due to lack of funds.

“Companies would prefer to build the connections themselves than lose money from projects that aren’t selling power,” said Bloomberg, citing Thais Prandini, director at the energy consultancy Thymos Energia.

In April Abeeólica, the Brazilian wind energy association, said there were at least 11 wind farms, totalling 310MW, awaiting a grid connection in the country.

The figure was down from 12 farms and 333MW in January, and some observers believe Brazil is gradually overcoming the problems with its transmission network. But the capability of the public sector to sustain continued grid investment remains in doubt.

Brazil’s Social and Economic Development Bank, BNDES, has allocated a budget of BRLR$170 billion (USD$55.5 billion) for infrastructure developments in 2015.

The level is already down from R$187.8 billion last year, and recently Reuters reported it could drop further. “BNDES will likely moderate loan disbursements in 2015 as part of recent government efforts to prevent public debt from rising,” the news agency said.

So far this roadblock has only affected new projects. O&M, which is “strongly supported by the equipment suppliers,” according to Brandao, is a separate issue altogether.

However, if developers end up having to operate grid connections themselves, it would mean taking on new skills and responsibilities within the O&M function.

That might not be as problematic as it seems, since the Brazilian wind industry features a number of major industrial concerns that are investing heavily in the market already.

One example is GE, which is building two wind O&M service centres in Northeast Brazil to serve customers such as Casa dos Ventos, which has 530MW of generation under development across three projects.

Although GE will be using the centres for wind farm O&M, the company also has strengths in grid transmission and distribution. Alstom, another major transmission infrastructure supplier, has also tied up Brazil partnerships relating to other parts of the wind market.

In February it announced a joint venture with Andrade Gutierrez to manufacture steel towers, following the opening of another such facility in 2013 and the launch of a nacelle-making factory in 2011.

Elsewhere, the developer Eólicas do Sul tied up with ABB to supply substations and transmission infrastructure in 2012, in a deal worth $55 million.

Taking responsibility for grid connections in this way is an obvious choice for companies wishing to take advantage of the rapidly growing Brazilian wind market. It may not be the only option open to developers, though.

In the US, which suffers from similar transmission challenges, a third-party developer called Clean Line Energy Partners is building connections that can then be leased to wind farm owners.

“All requests for transmission service came from wind generators who require new transmission infrastructure to deliver low-cost wind energy from projects under development,” said Clean Line in a press statement.

The advantage of this model is that wind farm operators can share the risk of financing a link and do not need to worry about O&M for the infrastructure once it is in place.

It remains to be seen whether Brazil’s future transmission connections will be developed by the state, wind farm owners, third parties, or a combination of all of these.

What seems clear, however, is that current transmission hiccups will not halt the growth of the wind market in Brazil. In April, Brazil’s Empresa de Pesquisa Energética confirmed a further 172 wind projects, totalling more than 3.9GW, would go forward to auction.

“The market will be strongly supported by federal auctions,” said Brandao. “The bottlenecks for new areas will remain, but there is a lot of potential to be explored where we have transmission lines, regardless power quality or reliability.”

Jatin Sharma, head of business development at GCube, a renewable-energy underwriting agency with lots of experience in the Brazilian market, agrees.

“There hasn’t been a slowdown,” he said. “The market’s been ramping up, growing very rapidly over the years. It’s an extremely attractive domestic market. So we’re seeing a lot of growth. There’s a large pipeline of future consented projects.”