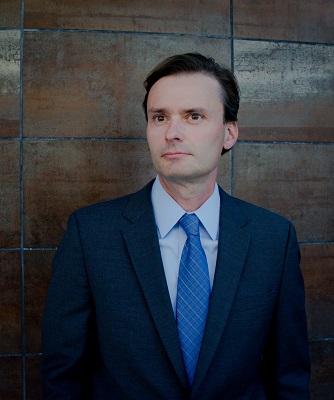 High speed computing is making a major difference in wind data analysis. Today, major advances in time series and spatial analysis as well as the wake models used to estimate losses are possible because of it, says Pascal Storck, Manager of Energy Services at Vaisala, a global environmental and industrial measurement data company.

“Wind resource assessment is finally moving away from the limitations of a laptop, which is allowing a full representation and modeling of the complexities of weather and the quantification of uncertainty and risk,” says Storck.

Storck and his team at Vaisla are seeing a growing awareness about the importance of uncertainty in project power estimates. Recent studies have shown that a difference in uncertainty of a few percentage points can actually mean big differences in project valuation.

“Developing a better energy risk framework is something we are directly working on to address this need,” he says.

“With a large benchmarking platform wind farm owners are more informed and are in a position to put demands on OEMs based on data,” says Jonas Corné, CEO of wind energy data analysis software company, Breeze in Sweden.

The industry dynamic in the wind power industry is such that OEMs tend to know more about the wind turbines than owners. The result is that many owners do not know what to expect in terms of performance.

“For example, most owners are in a poor bargaining position due to lack of data and knowledge. In addition owners are not in a position to perform actions that affect performance,” says Corné.

“Our belief is that a large benchmarking platform will cause rapid development of power upgrade packages and create a basis for further innovation by OEMs into more advanced turbine platforms. It all starts with customer demand,” he says.

Breeze is active in Europe (UK, Finland, Netherlands, Belgium, France and Sweden); South Africa, Costa Rica and Uruguay. “However, US is a virgin market from our perspective,” says Corné.

Breeze has one unnamed client in the US running its software platform in the US.

How to best utilize data sets

Utility size operators (5+ GW) have large amounts of historic data from an often heterogeneous set of wind turbines. This data may be sufficient to compare performance between wind farms within an organization, he says.

“However, the important perspective of comparing wind farms outside your organization goes missing. If you are consistently underperforming towards industry average, actions need to be taken. And if you are consistently over performing it may be easier to find funding and potentially to bring on service contracts from other owners,” says Corné.

Smaller owners, operating less than 1 GW, will benefit from being able to benchmark between different turbine platforms and specific wind farms against larger data sets of the same type of turbines in similar conditions.

Corné says: “For smaller operators it is also valuable to have access to the larger data set in order to improve leverage in negotiations with OEMs both in procurement and operation phases. More knowledge means more leverage.

Benchmarking also becomes very valuable in wind farm transactions to evaluate performance and possibly in the future to calculate remaining estimated lifetime of the asset.”

For Breeze, its clients have found the most profit-inducing analysis to be in identifying underperforming turbines that have been performing poorly due to erroneous turbine control settings.

“This is the low hanging fruit of increasing production based on data analysis,” says Corné.

The more that a wind farm operator can gauge expected weather patterns taken by previous data, the better his farm can perform quarter by quarter each year.

As you can see from the Vaisala wind performance maps (see quarterly maps below), 2014 overall was about 5% below normal in California, Florida, and much of the Atlantic Coast while the rest of the country was up to 5% above normal, with areas of the northern Rocky Mountains up to 15% above normal.

“The first quarter followed a similar pattern, but to a greater extreme,” says Pascal Storck, Manager of Energy Services at Vaisala.

The second quarter saw elevated wind speeds in the Southwest and Texas while the third quarter was generally below normal across the country. The fourth quarter was largely above average in the north while much of the south was below normal.

“What is different is that now it is all about gaining a competitive edge and getting the most out of what you have,” says Storck.

“For example, if you need an observational data feed, how can you get that done most efficiently by leveraging newer technologies like remote sensing? We are also seeing more requests for operational “reforecasts,” which allow clients to get a more realistic sense of a project’s long-term performance potential through project re-evaluation now that production data are available,” he says.

He continues: “In terms of real-time forecasting, most operators want to continually increase profit by scheduling more wind energy while also protecting themselves from risk.

“In this regard, we are helping clients better exploit probabilistic forecasts to put risk-adjusted scheduling strategies in place. Our forecasting approach also takes advantage of ensembles by using multiple models to produce a better forecast and remove the exposure of a single “bad” forecast. This can be a concern in cases where you are relying on one model alone for forecasting.”

Climatic trends to impact US wind industry in 2015

According to Vaisala’s research, two significant climate drivers that are affecting wind energy in 2015 include the El Niño / Southern Oscillation (ENSO) and the North Pacific Mode (NPM). Both are patterns in Pacific Ocean surface water temperatures known to have “teleconnections” to seasonal climate in North America.

“Considering what we’ve seen with recent climate trends and how it impacts wind, it is clearly advantageous to have a long-term understanding of climate in terms of multiple decades,” says Storck.

To do this Vaisala compares different climate data archives (also known as reanalysis datasets), which give multiple viewpoints on weather and wind conditions in a region.

Storck explains that this is important to clients since the data is global and each reanalysis dataset performs differently in various parts of the world.

“Without comparing them you may blindly trust one without a view into the uncertainty surrounding the answer,” he warns.

Also over the last few years mesoscale or numerical weather prediction modeling has emerged as the top method for wind data analysis.

“Compared to engineering approaches or simplified, linear approaches like WAsP, it is far and away the best at evaluating and predicting wind flow regime and ultimately a project’s power availability and variability,” says Storck.

Reassessment” or “forensic analysis” are both proving to be very effective at identifying the causes of underperformance at specific wind plants. With access to historical production data it is becoming much easier to pinpoint wake effects and other issues at problem turbines for plant optimization.

In addition to other analysis trends, Storck says that Vaisala is seeing growing interest in wind performance reconciliation and recent climate analysis.

“Many major developers and operators now must manage a large portfolio of projects both online and in the pipeline. Essentially, they need to understand the cause of over or underperformance – was it the weather or is there some sort of system issue?

“They also need to use this information to protect themselves from major weather anomalies by diversifying their portfolio geographically,” says Storck.