About 15-20% of the wind energy projects installed in the United States since 2000 could be repowered to capture federal tax after the extension of the production tax credit (PTC), said Kevin Smith, director, Asset Management & Operating Services at the Renewables Advisory within DNV GL – Energy. 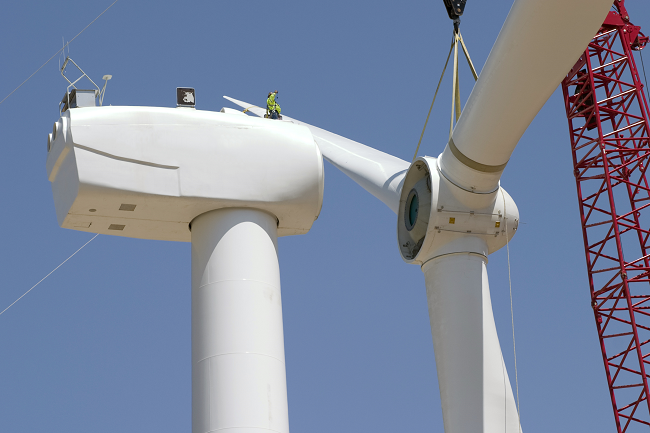 The extension of the PTC until the end of 2019, announced in December 2015, opens a four-year window of opportunity for owners/operators to repower projects and qualify for the PTC, and for original equipment manufacturers (OEMs) to push to upgrade turbines at older or less efficient wind farms in the U.S.

New PTC guidance by the Internal Revenue Service (IRS) issued in May requires that owners/operators spend on repowering at least four times the value of the equipment that they retain from the original project in order to qualify for the tax credit.

This test is applied on a turbine-by-turbine basis so that each turbine, tower and pad is considered a separate facility.

The PTC extension gives existing wind farm owners a brand-new opportunity to retrofit assets whose 10-year PTC eligibility window is closed or coming to a close to qualify for additional 10 years of tax credits, at approximately $23 per MWh, according to Jessica Joyce, director service sales at Vestas Americas.

New wind plants in the U.S. receive a $23/MWh inflation-adjusted production tax credit over the plant’s first 10 years of service if they are under construction before the end of 2016, with the tax credit for wind declining by 20% for projects that start construction in 2017, 40% in 2018, 60% in 2019 and expiring completely in 2020.

Depending on the site specifics, repowering could also bring other benefits to a wind farm by increasing operational efficiencies and the potential for higher earnings.

Keith Martin, partner at law firm Chadbourne & Parke LLP, said his firm has been fielding questions in recent months from five of the major wind companies in the U.S. market, which are all “looking at repowering.”

In late July, NextEra Energy said during its Q2 earnings call that it had decided to repower a pair of wind facilities in Texas totalling 327 MW for roughly $250 million, an investment it hopes to replicate across its wind holdings so that it can tap federal production tax credits for repowered wind plants.

Some turbine vendors have also been eyeing repowering as a potential business opportunity since the start of 2016, even before the guidance came out, Martin added.

Joyce also said she has been getting more inquiries from clients in the last 5-6 months about potential repowering or upgrades.

While the business case for repowering is very site specific, big owners/operators with assets older than 10-15 years are more likely to consider repowering in light of the extended PTC, Smith said.

Due to the U.S. wind market’s economic and legal structure, which is focused around the 10-year period for generation of tax credits, owners/operators are unlikely to look to repower a project that is under 10 years of age since it maybe be difficult to get financial stakeholders on board for a major repower if there are still tax credits to be earned through the first 10 years.

About 10% of the existing U.S. installed base is 10 years or older, and that number will likely jump to 40% in the next four years, Joyce said.

According to Martin, companies considering repowering will be primarily weighing the potential efficiency and output gains from retrofitting, the chance to qualify for an additional subsidy of $23/MWh, and also what they might be giving up by letting their original investment play out to full term.

In some cases, repowering could make sense for turbines that have reached the end of the PTC period or have exhausted their tax credits because operators will be giving up less subsidy by moving to repowering.

Besides the PTC extension, advancements in new technologies such as load management and load mitigation control systems that can monitor assets better and potentially extract more power could also be driving up interest in repowering or upgrading in the future.

Some projects also received Treasury cash grants, which remain subject to recapture if a turbine is successfully repowered within five years of when the grant was paid.

It wouldn’t make sense to refinance any projects that originally went into service during the period the grants were being paid, which was in 2009-2012, until the grants are no longer subject to recapture, Martin said.

Though repowering could drive growth, the size of the market opportunity remains a question mark.

According to Sharon Donohoe, COO at wind energy consultancy Turbine Technology Partners, low electricity prices, particularly in some parts of the U.S. such as California and Texas, are making the business case for investing in repowering difficult at many sites, even with the PTC.

“The biggest problem remains natural gas prices. This can be a bigger driver on the business case than the PTC in the absence of a long-term power purchase agreement,” she said. "The official phase-out of the PTC through 2019 won’t help the repowering case and may even make it more difficult."

Donohoe expects the market for repowering in the U.S. to remain modest in the near term, especially compared to the construction market, which will continue to dominate growth in the wind sector at least through 2020.

Currently, more owners/operators are looking to upgrade their facilities through changes such as software modifications to reduce loads or by putting vortex generators on blades to boost energy yield.

By contrast, repowering is generally more costly since it could involve taking off all of the rotors and putting larger blades on an entire fleet, or removing generators, rotors or even replacing the whole turbine, including the tower and foundation.

Which approach - upgrade or repower - is best depends on the asset’s Fair Market Value and the owner’s objectives for the specific project – for example maximizing PTC value, boosting production, or extending the life of an asset, Joyce said.

Nevertheless, some OEMs are beginning to take steps to cash in on the upgrading or repowering opportunity.

Vestas is selling both upgrade and repower solutions for multiple platforms and technologies. For example, the company is offering to upgrade the Vestas V80-1.8 to use the V90-1.8’s 90-meter rotor and nacelle, which could deliver a 15-19% gain in annual energy production and still uses the existing 80-meter tower, Joyce said.