The use of microturbines in solid waste treatment is gaining traction as the industry is discovering the advantages of fuelling turbines using landfill biogas, Richard Olliver, President of advisory firm Aplethora Energy Services, said. 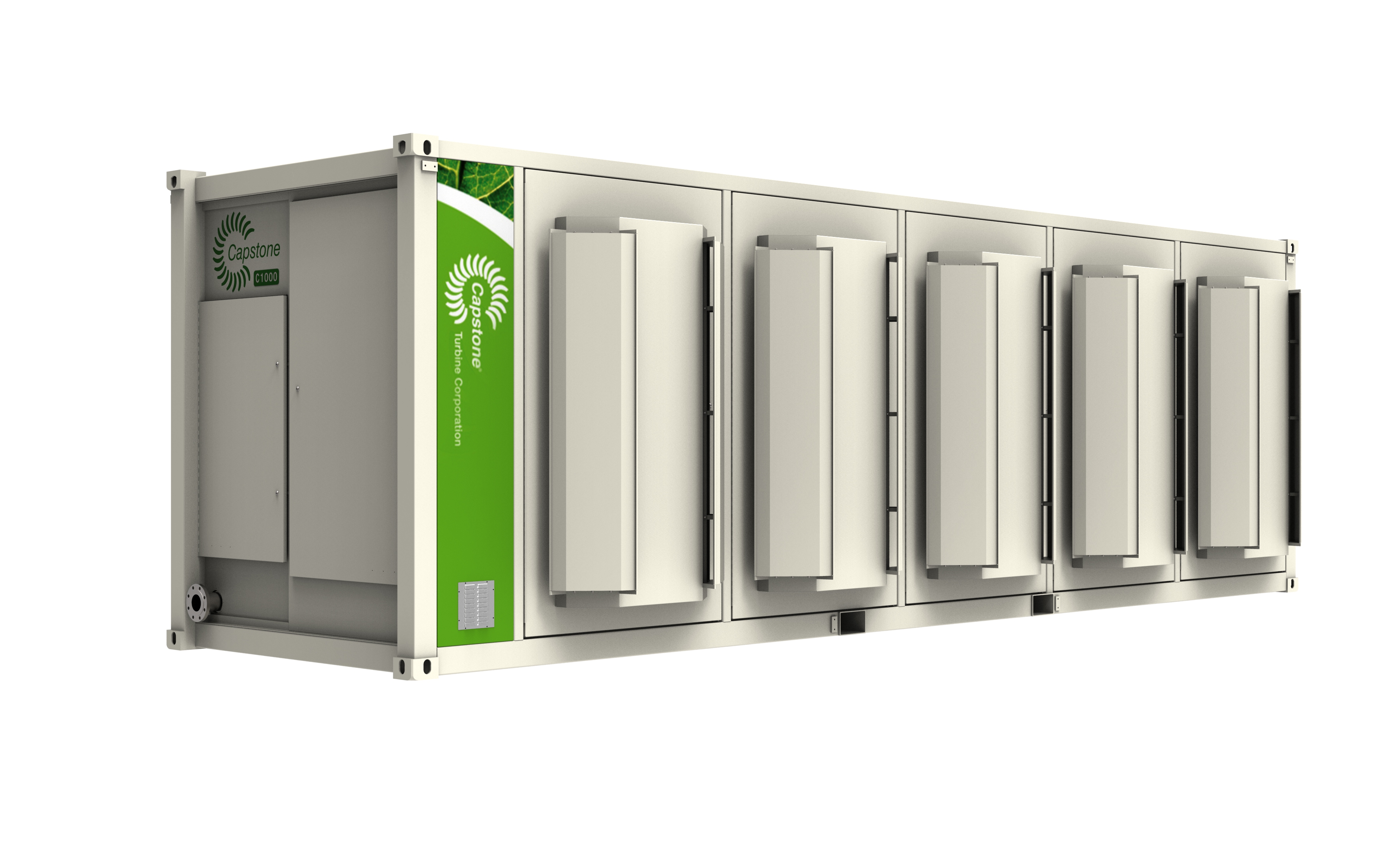 California’s Capstone Turbine Corporation received an order on May 20 for a C1000 microturbine to upgrade a solid waste treatment center in Tampere, Finland.

Capstone will install the C1000 microturbine in a Combined Heat and Power (CHP) application along with a 1,400 kW exhaust heat exchanger, booster, and automation and gas treatment systems, the company said in a statement.

The order was made by Sarlin Oy Ab, a provider of industrial compressed air, automation, and sustainable energy technology.

The microturbine is expected to be commissioned in early 2016 and will be fuelled by landfill biogas collected from two stations on-site.

The system will convert organic solid waste into energy for the waste treatment facility, while the exhaust from the microturbine will be captured to provide thermal heat.

Many customers are seeking to productively use all of the digester gas generated and to minimize the flaring of gas, Flores said.

The ideal conditions for the deployment of Capstone microturbines are in a facility that uses anaerobic digestion as part of their overall process, while larger scale projects support sizeable engines for improved economies-of-scale, he said.

US: a growing market

"The US market for micro-turbine energy systems for WTE projects is projected to grow at least 10% per year for the next five years," Olliver of Aplethora Energy Services, said.

"Landfill gas to energy (LFGTE) projects will be most significant and prominent with increased growth in applications for WTE projects using gasification to make syngas as a fuel for these systems," Olliver said.

"Microturbines will always have a niche in the biogas to energy market," according to Pat Sullivan, Senior Vice President of SCS Engineers.

"They are a good fit for situations where the landfill owner has on-site power needs and therefore the microturbine-generated power can be used to offset retail power from the utility," Sullivan added.

It is difficult to predict near-term growth for this market, but in the long-term, if electricity prices continue to increase, the microturbines may become more attractive to landfill owners, Sullivan said.

"As more landfills close and the land is redeveloped into a new use that has power needs, the microturbines could become a useful way to generate on-site, renewable energy," he said.

The most promising markets in the US are areas where utility power is relatively expensive, such as California, Sullivan said.

In addition, there is support in some states from renewable energy standards which create additional premiums on biogas generated power.

For example, California has a Renewable Portfolio Standard (RPS) which requires a certain percentage of the power supplied by utilities in the state to come from renewable sources like biogas, Sullivan said.

"With the utilities in need of renewable power to meet their own regulatory obligations, they are willing to pay a premium for this energy. With better utility pricing, biogas projects can benefit from the additional financial incentive," Sullivan added.

The greatest opportunities occur when a landfill is subsequently redeveloped into a facility which requires power.

"Closed landfills, which are turned into recycling facilities or other solid waste uses seem to be the best fit because that is a good use for a closed landfill but also a use that has its own power needs," Sullivan said.

An interesting site development is the City of Mountain View in California, where landfill gas from the city’s landfill is used to fuel a microturbine. The power is then used for a golf course, a club house, a restaurant and other functions in the complex.

"In theory the biggest potential is in the agricultural waste but the realistic market is in WWTP followed by landfills…the best markets for us are the central and Western Europe with increasing activity in Eastern Europe too," Anghel said.

The rising use of waste incineration in Europe means that landfills are "in principle a declining market," Anghel said.

"This is for us a tremendous opportunity because declining [landfill biogas] production is coupled with a degradation of the gas quality and our technology is in an ideal position to cope with that," he said.

While there are not many new WWTPs being developed in Europe, there is great opportunity in the re-powering of existing facilities and products such as Capstone’s can reduce emissions and can lower maintenance costs, Anghel said.

Biomass has a large potential in “flattening” fluctuations in wind and solar energy, but "incentives are not in the right place," he said.

"As for technologies, we are hopeful in the development of microturbines that can operate without the extensive and expensive gas treatment, using very low methane biogas, as well as different sizes of microturbines to accommodate various sizes of projects and power needs," Sullivan of SCS Engineers said.

According to Aplethora’s Olliver, developers are now working on applications in landfill gas or stranded (flared) gas in oil production facilities.

The specific economics of the site must be considered, comparing costs and revenues of each technology application, he said.

"The biggest challenges for microturbines are the higher cost per kw to generate power because of the inherent inefficiencies of microturbines compared to traditional reciprocating [piston] engines and fuel cells," Olliver said.

A number of LFGTE and flared gas projects have been announced as well as WTE projects using gasification to syngas, reflecting a dynamic and growing market, Olliver added.