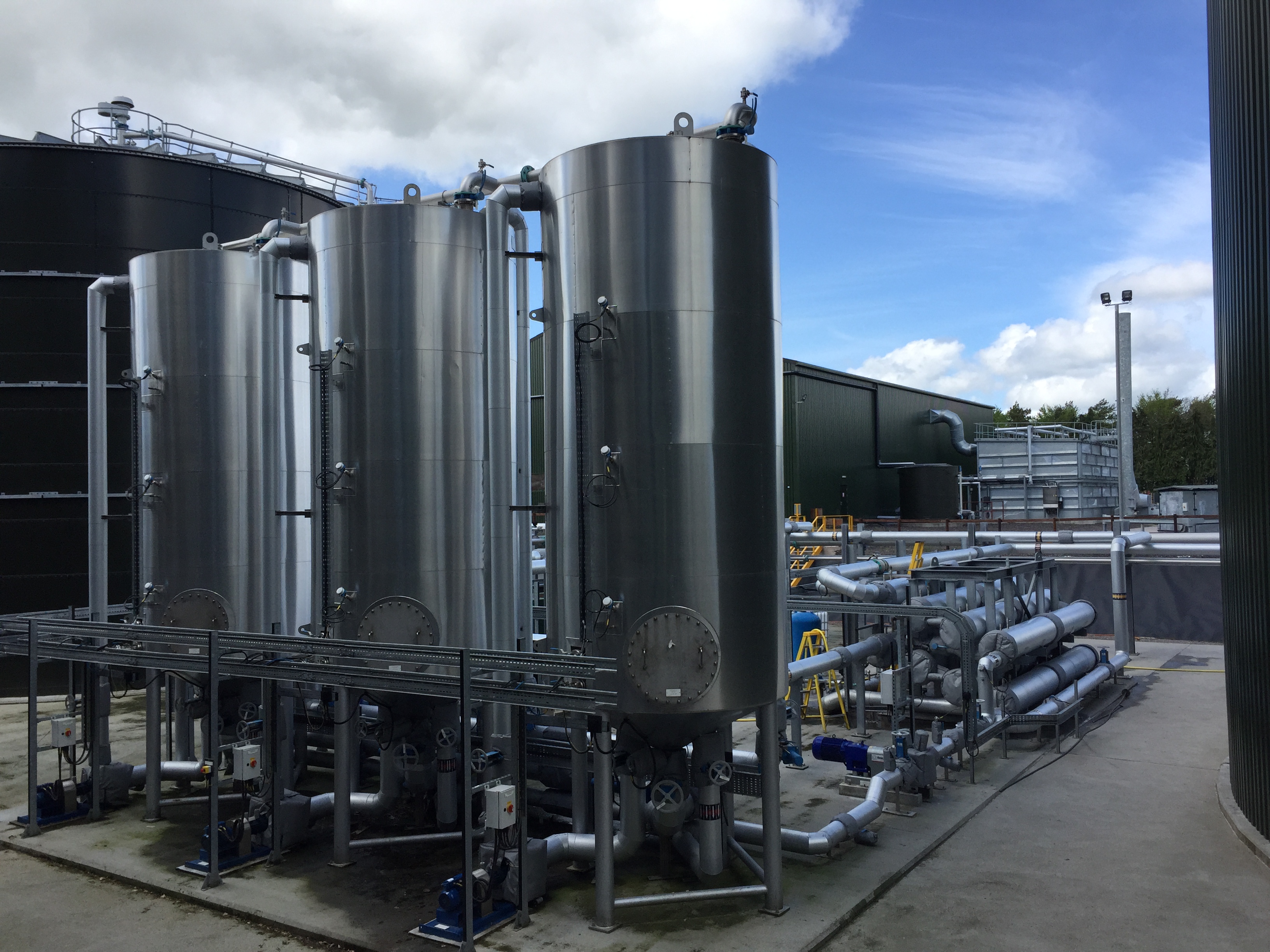 The biogas generated will be converted into 500kW (1.71 MMbtuhr) of thermal energy, which will supply the pasteurization and digestion process. The digestion system is expected to be operational in late 2015.

Until now, the Monsal technology has been mainly utilized in facilities in the UK for management of bio-solids and for extracting energy from bio-waste, Vicevic said.

GE acquired Monsal in July 2014 and it is planning to employ its technology all over the world.

Monsal products include advanced anaerobic digestion technology that uses biological hydrolysis, which is a very cost effective process compared to thermal hydrolysis. This is because the Monsal technology allows a higher conversion of organic matter, Vicevic said.

“GE Monsal’s Biological Hydrolysis process separates the hydrolysis phase of anaerobic digestion from the methanogenisis [biomethanation] phase and creates an ideal environment to maximize the efficiency of each phases,” Vicevic added.

“Biological hydrolysis will generate the same biogas yield from sludge at half the digester retention time thus increasing capacity of an existing bioreactor two-fold,” Vicevic said.

According to Vicevic, capacity can be further increased if biological hydrolysis is combined with pre-thickening.

According to the company, by pre-conditioning the sludge in the biological hydrolysis phase, all retention time in the anaerobic digester can be dedicated to methanogenisis. This results in a 25-30% increase in volatile solids destruction, and similarly a 25-30% increase in biogas yields.

“By dividing the biological process in two steps, you have an inherently more efficient process,” Vicevic said.

The company can also convert existing digesters through biological hydrolysis to allow them to improve their biogas generation and their conversion of organics.

According to Vicevic, there is a great potential for anaerobic digestion in the US.

There is currently less source segregation of bio-waste in the US than in the rest of the world, but this is a growing area.

According to Vicevic, growth in anaerobic digestion is expected in the North East and the North West, driven by the high cost of electricity. In addition, these regions are looking at landfill bans and at incentives for alternative ways of dealing with bio-waste.

However, the lack of incentives, carbon credits for instance, is not very helpful to the US anaerobic digestion industry, nor is the low price of natural gas, said Claude Cahen, Director of Energy Technologies at Green Box NA.

Growth is going to be limited to specific industries, unless bold changes happen, Cahen added.

In particular, according to Cahen, the use of anaerobic digestion in agriculture has plenty of room for growth if there is local usage of the biogas. At the municipality level, there is definitely a move toward zero landfill policy, but sorting at the household level is not common in the US.

“I don't think that people are ready for separating organic fraction from the remainder like in some European countries,” Cahen said.

“Anaerobic digestion competes with other processes that can be more efficient and less demanding in sorting,” Cahen added.

The efficiency improvements at the Rexburg utility show that innovation can play its role, alongside support from consumer behaviour and state-level regulation, in the development of a growing waste to energy market.