Developers must tackle lingering public concerns on waste to energy plants and highlight land efficiency and synergies with key sectors such as agriculture, to compete against other types of renewable energy. 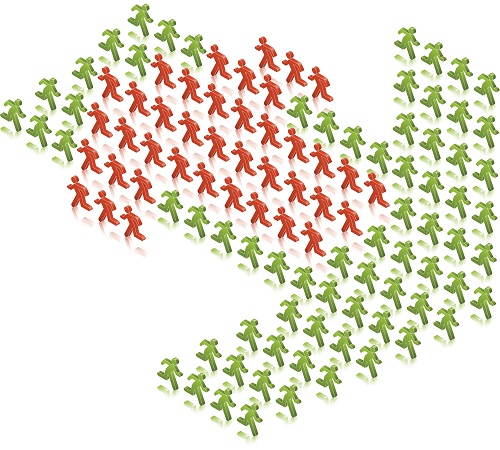 Waste plant developers must start dialogues with communities early and provide the latest scientific figures to erase misconceptions on air quality and emissions that are circulated by opposition groups, James Court of the Renewable Energy Association, a UK industry body, said.

The key components in successful waste-to-energy community relations are in line with those for any large scale renewables project and developers must “be sure to lead on the facts and science,” Court told Renewable Waste Intelligence.

Biomass recently shined against solar in a rare showdown between technologies in Ontario, Canada. Planning committee members gave their support to a project to convert lumber mill sawdust into wood pellets while withholding support for a major solar project.

At 250 kW, the Cecil Kalyn project in Flamborough is hardly a big-league biomass development.

But its success at the planning committee stage is potentially instructive to other project developers, particularly since the 20 MW Montsberg PV farm would have gone much further towards meeting local Independent Electricity System Operator (IESO) targets for renewable energy.

The large amounts of land required for large scale PV and wind projects can be a severe disadvantage for them.

“This is good farmland," said Flamborough Councillor Robert Pasuta when questioned on the matter by local press.
"It's just wrong to take up farmland," he said.

Developers for a separate solar project, the Scotch Block Solar Farm, withdrew their plans after councilors opposed its location, on prime agricultural land.

Even though the Cecil Kalyn biomass development is also on farmland, it raises less land area issues for town planners.

The final word on whether the biomass and solar projects will go ahead rests with the IESO and the Canadian Ministry of Environment. They are due to scrutinize applications from this September, but council support will be a significant factor in their decisions.

The enthusiasm shown for Cecil Kalyn contrasts sharply with community reaction to a project located seven hours’ drive away, in Paterson, New Jersey, US.

The company has struggled to overturn opposition built upon noise and odor concerns.

“I call it an incinerator,” said Paterson mayor Jose ‘Joey’ Torres in June 2015 after hearing details of the proposal from Delta Thermo Energy president Robert Van Naarden, according to local press.

Torres later reconsidered Delta Thermo Energy’s proposal along with plans from another provider, Waste Elutriation Technology, but Delta’s project has faced opposition from other groups.

Organizations such as the New Jersey Sierra Club openly opposed the scheme despite assurances that the plant would be free of noise and odors.

Delta Thermo Energy has also had difficulties finding takers for its projects in other regions.

In February 2015, the Pennsylvania Department of Environmental Protection cancelled a waste management permit which the company needed for a 48,000 square-foot, $49 million facility in Allentown.

Officials pulled the permit, issued in May 2014, because Delta Thermo Energy had not been able to secure the cash and the land needed for the development.

However, by that point Allentown council had already ditched its contract with the developer and there was strong opposition from the Pennsylvania Waste Industries Association, which accused Delta Thermo Energy of making false claims about the costs of landfill.

Delta Thermo Energy did not respond to a request for information. However, its difficulties in getting projects off the ground underscore the importance of building strong community relations for waste-to-energy projects.

Biomass is the dominant source of renewable energy in Denmark and its consumption quadrupled between 1980 and 2009.
However, Denmark’s market has benefitted from top-down regulatory support for incineration plants as part of a move away from landfill and support for a key source of heat and power.

Municipalities control the distribution of waste and generally control the plants, which are operated on a non-profit basis to curb the cost to households and business.
Key cities such as Copenhagen have a developed district heating system for the plants to supply into.

Biomass is widely embraced as a power source by companies such as Dong Energy, Denmark’s dominant utility, and is seen as key in Copenhagen’s plans to become the world’s first carbon-neutral capital, by 2025.

“The conversion of more biomass at power stations will help Denmark reach its target of 30% renewable energy 2020,” according to the country’s official website, Denmark.dk.
“The government now wants up to 50% of livestock manure to be made into this green energy supply,” the website says.

Many other countries have not given such clear direction on waste to energy policy and developers in those markets will need to work hard to gain support and increase public awareness of the sector.