US Outlook: Is tidal power turning the tide in the right direction?

The US Department of Energy (DOE) says that it is leading the way in evaluating technical and economic viability for tidal energy, and generating cost, performance, and reliability data. But can the tidal industry push its influence for continued support from government and private sector sources? 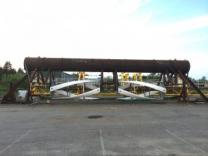 Research and development for tidal energy is supported through the DOE’s Water Power Program, where work is carried out on resource characterization, technology advancement and demonstration, testing infrastructure and instrumentation development, plus market barrier identification and mitigation, all aimed at reducing the cost of electricity.

There are several venues for the programme, which include national laboratories, universities, national marine renewable energy centres, and various companies across the country.

The DOE’s partnership with the private sector is facilitated by Funding Opportunity Announcements, which are based on cooperative agreements to innovate research and development projects.

All research applications are rigorously assessed, on the basis of whether the prospective projects can reasonably lead to a reduction in costs for tidal energy, and improve technology performance.

Looking to the future, the DOE is committed to the Water Power Program, to produce the next generation technology that is required, for tidal energy to increase its presence on the energy market.

The aim is to continue to work with the private sector, and focus on understanding and evaluating various technology prototypes, reducing the technical barriers to marine and hydro kinetic device development, and improving device reliability and performance.

Over 95 marine and hydrokinetic energy projects have received funding from Energy Department since 2008, where more than $132m has been provided.

Verdant Power, for example, was funded to design and develop an improved blade geometry and structure.

The company was allowed to scale up the rotor of itsKinetic Hydropower System, with improvements to handle the loads imposed by larger rotor sizes and higher water flow speeds while maintaining the present high performance of the rotor.

The short and long term views

Brian Polygye, a researcher and expert in marine renewable energy, with an emphasis on tidal current energy, at the University of Washington, outlines his view of the tidal market.

“The industry is at an early stage, roughly 5 to 10 years behind Europe in terms of the scale of turbines that are proposed for deployment in US waters. Tidal energy is probably15 to 20 years behind wind and solar power in the US, which are now reaching economic parity with conventional sources of generation,” says Polygye.

“The US has significant resource potential on a regional basis, but the consenting process is long and uncertain for commercial-scale deployments, electricity prices from conventional sources are relatively low, and market pull mechanisms are weak.”

He also points out that public funding levels are much lower than in Europe, which hampers the US market in terms of early commercial deployments.

Wave v. Tidal: is there a bias in the US?

“The technology suitable for deployment in US waters is not different than in Europe, but the lack of offshore oil & gas infrastructure in the northeast and north western US, except in Alaska, means that the operational strategies for turbine deployment and maintenance may be more challenging,” Polygye adds.

He says that investments to improve maritime infrastructure would help here and would be beneficial to other industries.

“Early projects that are able to demonstrate low environmental and societal impacts are essential for developing ‘social license’ for larger arrays,” says Polygye.

Data from the US Energy Information Administration, reveals that the total amount of renewable energy that was consumed for August this year reached BTU 751.2.

Its research says that Biomass energy was the strongest performing renewable energy, with BTU 407.6 from wood, waste and biofuels.

Consumption for solar and wind power for August was BTU 39.8 and BTU 96.9 respectively, showing how far behind that the tidal industry is, but also highlighting what can be achieved.

Jason Busch, executive director of the Oregon Wave Energy Trust, explains where tidal energy stands with other renewables, and what has to happen from a local and federal level.

“Wind has already ridden the efficiency curve down to close to the end, and solar is still dropping precipitously, but is getting close to the end as well. Marine energies are at the top of the slide, and have tremendous potential to reduce costs. But it will be many years before we see levelised cost of energy parity with wind and solar," says Busch.

He says that local governments have little control or effect on these projects.

“American energy policy is currently hampered by the Republican Party, which is in denial about climate change and environmental degradation from fossil fuels, and is apparently completely wedded to the fossil fuel status quo,” he says.

“Most states have some sort of renewable portfolio standard, and have also implemented some fairly effective price supports. The states can continue to incentivise ocean energy, but without direct federal support in the form of federal incentives, such as feed in tariffs and carbon taxes, plus improved federal licensing and permitting of these projects, the state’s impacts will be minimised.”

Much needs to be done to enable tidal energy to progress in the United States, but encouraging steps forward have undoubtedly been taken.

"This first-of-its-kind project, funded partially by the U.S. Dept. of Energy and Maine Technology Institute, proved the stability of the prototype OCGen® device in reversing tidal currents and confirmed the loading and performance of its innovative tensioned mooring system," said the company at the time of the announcement.

The prototype device is made up of a buoyancy pod, which is attached to a chassis with two turbines placed in the water column 35 feet below mean low water. Data collected was well within expected ranges and proved the design concept of ORPC’s OCGen® Power System. The project was conducted to determine the stability of the OCGen® device under various loading and current conditions and the effectiveness of the tensioned mooring system.

In September of this year, ORPC also reported it concluded its RivGen® Power System demonstration project in the Kvichak River at the remote river village of Igiugig, Alaska, 275 miles southwest of Anchorage. ORPC’s RivGen® Power System is a 25 kilowatt system designed to reduce and stabilize the cost of power in remote communities located near rivers and tidal estuaries that currently use diesel fuel for power generation.

While companies, such as ORPC, are doing much of their testing and tuning of devices in North American waters, it may not be long before that technology is exported and tested in foreign waters and on foreign grids. We are already seeing this with European companies in US and Canadian waters, such as OpenHydro and Atlantis, to name just a few.

Creating successful exportable products is where the US tidal industry could make a massive difference in overall tidal turbine deployment figures over the next five years. But, much like other renewable power stories, from solar, to biofuel to wind, there has to be powerful and diverse support mechanisms behind tidal development to win those future opportunities.