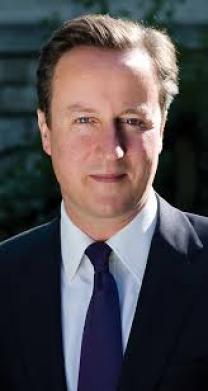 PTEC has applied to the Marine Management Organisation (MMO) and Isle of Wight Council (as Local Planning Authority) for permission to construct and operate a tidal energy demonstration site off St Catherine’s Point to the south of the Isle of Wight. If consent is granted, PTEC will be the first of its kind in the world.

The electricity will be generated from tidal currents in the sea south of the Isle of Wight, supplying the Island with clean, renewable energy.

Mark Francis, Project Manager for PTEC said, “We are really excited by this project and the potential it has to benefit not just the Island and its residents, but the UK more widely.

“It will be the first of its kind anywhere in the world, reinforcing the UK’s reputation as world-leaders in the wave and tidal industry.

“We have already undertaken a comprehensive programme of engagement with regulators, the local community and other stakeholders, and will continue to work closely with them as the project progresses. We look forward to working with the MMO and Local Planning Authority during the consent determination process, which is due to end in 2015.”

The total electrical output from the site is expected to be over 50,000 MWh per year.

PTEC’s consenting works, including the environmental impact assessment (EIA), were led by Royal HaskoningDHV, an engineering consultancy firm, due to its track-record of successful EIAs, and its reputation for consent delivery for projects in the marine environment. Royal HaskoningDHV also managed the Front End Engineering Design (FEED) for PTEC’s offshore and onshore works.

If the submission for consent is successful, then construction could start in late 2016, creating hundreds of jobs.

Gruet joined Ocean Energy Europe as Policy & Operations Director last year and succeeds Dr Sian George, who was appointed to oversee the reinvention of the association as Ocean Energy Europe in 2012. Gruet will be tasked with shaping the policy context that will help Europe’s ocean energy sector reach commercialisation over the coming decade.

“Consistent and stable support from Brussels and Member States will be vital to the success of the ocean energy industry. Rémi has the experience and expertise to secure and shape this support and put the sector on a solid path towards mainstream power production”, said Mr Ken Street, Vice President of Ocean Energy Europe.

“The Board would also like to thank Sian George, who undertook and delivered an impressive restructuring and growth strategy during her tenure. Her work is very much appreciated”, continued Mr Street. Dr George will continue to serve as an advisor to the board.

Rémi Gruet spent six years in the private sector, followed by 10 years working at EU level; first as a Political Advisor at the European Parliament, then as Senior Advisor on Climate and Environment at the European Wind Energy Association.

He is a leading EU authority on the Emissions Trading System (ETS) and renewable energies, and authored the 2011 report, Wind Energy and 2020 EU Climate Policy. He is a visiting lecturer on climate and energy at the University for Political Science in Lille, France.

“I am very pleased to be appointed CEO of Ocean Energy Europe. The sector faces significant challenges over the coming years, and I look forward to working with the industry, academia and policy makers to help find solutions and turn ocean energy into a real EU industrial success story”, said Gruet.

Orkney’s marine energy industry has been the focus of a fact-finding visit by Japanese politicians and business leaders, it has been reported.

The 10-strong party from the Nagasaki Prefecture, on the island of Kyushu, toured the European Marine Energy Centre (EMEC) in Stromness at the weekend to learn more about Orkney’s role at the forefront of the global wave and tidal energy sector.

The visit, hosted by EMEC and the Orkney-based environmental consultancy firm Aquatera, comes as Japan looks to establish its own marine energy test centre sites.

He continued: “We’ve been working with colleagues in Japan for a number of years to help progress their plans and this current visit is all about the operational aspects of running a test site. In addition, our experience of working with the supply chain companies supporting the wave and tidal energy developers operating in Orkney enables us to advise and assist the wider community in Nagasaki as it looks to take advantage of this developing industry.”

Takaaki Morita, director of Nagasaki Prefectural Government’s marine energy development office, said EMEC was recognised in Japan as the leading organisation for wave and tidal testing. Collaboration with the Orkney centre was vital if plans for a similar facility in Nagasaki were to come to fruition.

“We are an island with a lot of people and there is a strong local demand to make marine energy successful,” he said. “Nagasaki wants to lead this movement towards marine renewables and be the frontrunner of a new industry in Japan.”

Neil Kermode, managing director of EMEC, said Japan had clearly realised the potential of marine energy, both in terms of harvesting it for its own use and as a potential new market for the country’s manufacturing and technology businesses.

“We’ve been very keen to help set up a test centre in Japan and believe that a college of like-minded centres around the world will actually help the industry move forward faster than if we don’t know what’s going on, or are at loggerheads, trying to go in different directions,” said Kermode. “In addition, we think there’s a big opportunity for our supply chain to work with Japan and we also fully expect Japanese machines to be deployed in Scottish waters, harvesting energy around our coasts.”

Whilst the wave energy sector has experienced some setbacks recently, large-scale tidal energy generation schemes in Scottish waters are now moving closer to becoming a reality. In Orkney, where more marine energy devices have been tested than at any other site in the world, the developing wave and tidal industry now supports around 300 jobs.

According to Kermode, collaboration with other nations seeking to follow the Orkney model should be seen as a positive step for the emerging wave and tidal industry, rather than a threat, though he did sound a note of caution.

“It’s a sign that other places are showing the same faith in marine energy as we have done in Scotland, but it’s also a wake up call that we haven’t got the game all to ourselves anymore. We are going to face interest from elsewhere and it’s really important that we don’t overlook the fact that if we don’t make a good job of this, somebody else will,” he said.

In Prime Minister’s Questions earlier this month, Andrew Turner, MP for the Isle of Wight, asked if David Cameron would join him in supporting the PTEC, a public / private partnership. Turner explained the centre, based on the Isle of Wight, will provide the world’s first grid connected tidal array test facility.

The Prime Minister confirmed the UK is now the most attractive market in the world for investment in offshore wind and in marine renewables.

He stated: “We want to maintain that world leading position. We want to harness the economic benefits and the environmental benefits that brings and we want to see local centres of expertise and from what I can see the Perpetuus Tidal Energy Centre sounds like exactly the sort of exciting initiative that we should be supporting.”

New, more reliable electrical connections are needed to meet the growing demand from the UK’s offshore renewables networks and Smart Grids for cables that can deal with larger and more variable current loadings.

As part of this industry call for better materials to meet current and future traffic, a collaboration between the Offshore Renewable Energy (ORE) Catapult and GnoSys Global has been established to create a new insulation material for power cables to improve their performance in the onshore and offshore renewable energy industries and drive down whole life network costs.

ORE Catapult is working with GnoSys, a Guildford-based technology innovation company, and power cable manufacturers and users, on a project to further develop a new generation of polymer blend-based cables. The new cables are being produced to provide greater insulation, improving electrical connection reliability and increasing energy to power conversion. This follows a successful Innovate UK-funded project led by GnoSys Global and the University of Southampton called SUSCABLE.

Partners involved in further developing SUSCABLE include National Grid and Scottish Power as users, leading cable manufacturers, and the University of Southampton and GnoSys Global as research providers.

ORE Catapult Innovation Programmes Director Chris Hill said: “Innovative technological improvements in the performance of onshore and undersea power cables is an important step in the drive to lengthen the life of connections between offshore wind turbines and between wind and marine offshore renewable energy power stations and onshore connections, improving their ability to handle increasingly variable peak loads.

“Using innovative materials and testing their robustness and resilience in cable designs could lead to a step-change in electrical cable technology, and ultimately drive down whole life network costs.”