The start of onshore work for MeyGen, the world’s largest tidal stream turbine array, is a welcome shot in the arm after recent setbacks for the marine renewables sector. Executives involved express their feedback on the milestone. 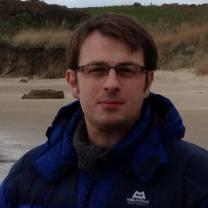 The path to tidal stream commercialisation began to take shape from last month with the construction of an access route to the MeyGen project in Scotland.

The creation of the 340-metre road was significant not just in terms of representing the start of construction work on the world’s largest tidal stream turbine array, but also in ending a string of setbacks denting confidence in emerging marine renewable sectors.

Siemens, the owner of original equipment manufacturer (OEM) Marine Current Turbines, sent shock waves through the tidal industry in December when it announced it was shuttering its ocean energy division.

The move led analysts to question the lack of progress across the industry as a whole. And troubles in the wave energy sector have weighed heavily on sentiment around tidal.

Pelamis, arguably the world’s most advanced wave energy company, collapsed at the end of last year, while Aquamarine Power, another developer, was forced to cut staff.

“A number of big firms have abandoned plans for tidal energy, putting the future of the industry in doubt,” reported The Journal, an influential regional daily in North East England.

Many analyses have ignored the major differences between wave and tidal stream technology, along with continuing progress in markets such as Canada, the USA and even Japan.

As a result, the start of construction work on the 398MW MeyGen array is a welcome reminder that the tidal industry is still on track for imminent commercialisation.

Atlantis Resources Corporation, the majority owner of the project, has appointed the power and automation group ABB as principal contractor for the work.

Caithness contractor John Gunn & Sons is taking care of road works, which will be accompanied by the installation of onsite welfare facilities, power conversion unit building foundations and preparations for horizontal directional drilled bores for cabling.

The road itself is due to be finished within three months, and all onshore construction is scheduled for completion within a year. MeyGen is due to open a project office at Scrabster Harbour in the coming weeks.

The first phase of the project will see four 1.5MW turbines installed in the Inner Pentland Firth, north of Caithness, with power being delivered in 2016. Three of the machines will be supplied by Andritz Hydro Hammerfest and the fourth will come from Atlantis.

MeyGen chief executive Dan Pearson hopes the project should help put recent marine energy troubles in perspective. “I went through the wind industry a number of years ago, where we saw similar things,” he says.

“We saw OEMs merging or OEMs walking away, but also some OEMs really taking on the mantle. What we are seeing with the MeyGen project is hopefully a catalyst for proving that the sector has got great potential.”

Pearson notes that barely a year ago there were no major tidal array developments underway and “currently we’ve got one project starting construction and two or three decent projects around which are trying to find their feet but are very close to closing.”

He also points out that in the UK there is concern generally across the energy sector, particularly given the prospect of upcoming elections in May.

Despite this, he says: “The Scottish government and the UK government haven’t waned in their support for tidal. They are putting their money where their mouth is. They are continuing to support us.”

The MeyGen project kick-off is good news for the wider tidal industry, but also in particular for the supply chain that has built up around the north of Scotland.

Says Pearson: “One of the key things about the Pentland Firth is that although it’s a low GDP area it does have an excellent pedigree in relation to energy projects, such as Dounreay, and oil and gas fabrication. Although the population isn’t huge, the engineering expertise is good.”

RenewableUK's wave and tidal development manager, Dee Nunn, confirms there is every reason to be optimistic about tidal following developments with MeyGen. "The Meygen Project represents a major step forward for the UK's tidal energy industry,” she says.

“Beginning the construction of this project is a welcome boost, injecting a fresh sense of momentum into the UK's world-leading marine energy sector, which employs around 1,600 people.”

She continues: “This project will serve as the pioneer for the UK's nascent tidal industry, providing more jobs and local contracts to the region."

Longer term, Pearson says the project will be critical in helping to bring down the cost of tidal energy. “There’s a lot of risk priced into the project because we’re in a high-flow area of water,” he comments. “It’s challenging.

“It’s been done before but there’s still a lot of risk priced in because it’s a first-of-a-kind array. With a first project you’re always going to have that. What we need to do right now is make sure that this works, and works well.”