Orkney based Scotrenewables Tidal Power Ltd (SRTP) is in the final phases of developing the world’s largest tidal turbine. The new floating technology is set to reduce raw material costs, tap into higher current speeds and benefit from installation and operations savings. 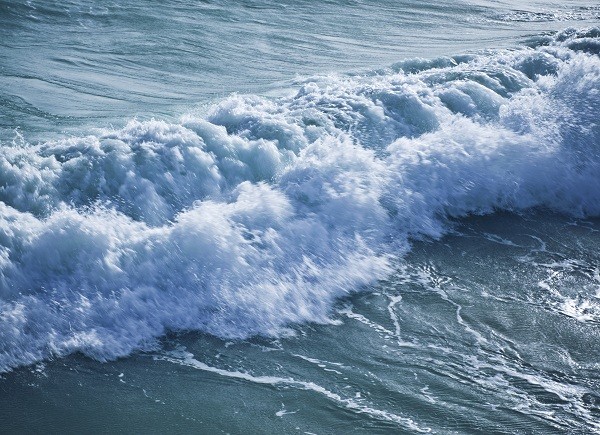 Among the major savings claimed by SRTP is the lower use of concrete in a number of interlocking gravity anchor modules installed separately and interlocking on the seabed. This is distinct from monopiles or pinpiles employed for turbines mounted on the seabed.

SRTP is to launch and install the new tidal power device in April at Scotland’s tidal testing site, EMEC. Described by the company as a pioneering development, the 2 MW turbine differs from preceding tidal sector pilots in two respects.

“By volume, it’s the largest in the world to date and it’s also one of the greatest in terms of wattage,” James Murray, Business Development Manager told Tidal Today.

Perhaps more significantly, the project is the biggest experiment yet in floating tidal technology. Known as SR2000, the turbine is 64 metres in length.

The company needed a fresh injection of money to finish the turbine and two new investors came on board to take part in the project. They are DP Energy and the Northern Irish shipyard Harland & Wolff, where the turbine was made. Their cash injection, combined with funds from existing investors, amounted to £3.05m to which the Scottish Government added a further £2.65m from its Renewable Energy Investment Fund, bringing the total to £5.7m.

“DP Energy is an experienced developer and will bring a great deal of project expertise. They know the industry very well and can see the benefit of floating tidal energy. They know it has the strong potential to lower the cost of energy and thus willing to fund the demonstration at full scale,” Murray said.

According to SRTP, the SR2000 turbine incorporates components with proven reliability from the wind, gas and oil industries. A 250 KW prototype has already been tested at EMEC, providing learning benefits. SR2000 can be installed at depths of at least 25 metres and deployed with a range of anchoring systems. It has a 2 x 1MW power take off system adapted for fast tidal current regions but can be optimized to suit local tidal conditions at slower sites. The rotor’s diameter is 16 metres and the turbine is rated for a current speed of 3 m/s.

Made using 500 tonnes of steel, SR2000 consists of two horizontal axis turbines mounted just under the sea surface on a floating hull platform using a gravity anchoring system. Turbine blades can be retracted underneath the hull.

Project participants believe the design will provide a step change in cost reductions in the tidal sector.

“There are several advantages to this floating device. It can be installed on site using low-cost vessels. The vast majority of repairs can be carried out on site as most components are above the surface. The turbine can be quickly disconnected and towed to land if necessary. The concrete and steel used weigh significantly less than seabed-mounted devices,” Murray said.

In addition to other benefits, the device operates higher in the water column and thus takes advantage of higher current speeds.

The company claims it will produce major savings in operations and maintenance, anchoring and installation costs. Mooring and electric cabling is simplified. Both connect at a single point, and the device can rotate at that point by 180 degrees as the tide changes direction. However, SRTP’s exact costs depend on location, as was pointed out by Murray.

“It’s very site-specific. But we are confident that with a [state funded] strike price of £300/MW, we can generate a commercial return,” he said.

While at EMEC, engineers will test loadings and anchoring and check that power performance meets expectations, as well as verifying and refining its approach to operations and maintenance. Testing is due to last two to three years with a targeted commercial deployment date sometime in 2019. At that point the company expects to sell the system to an array developer.

Commenting on the project, Richard Willden, associate professor at Oxford University’s Tidal Energy Research Group, indicated it could be beneficial to the sector.

“If there is better accessibility because of a floating tidal device, more operating days per year and thus more electricity produced, you’d increase the annualized capacity factor. It is hard to put numbers on it but I would guess the improvement would be substantial,” Willsden said.

But he indicated that floating configurations have some disadvantages too.

“The flow speed tends to be higher up the water column but the difficulty is that turbines are operating in the wave zone. That’s a disadvantage because there can be a lot of impact and the turbines have to be designed with greater fatigue damage in mind,” he said.

More experience is needed to minimize the levelized cost of energy of tidal projects and as Willden pointed out, “tidal stream energy is still hugely expensive. There’s a need to drive down costs, so innovation is required and whether it is going towards floating or fixed turbines is not yet clear. In that sense this is quite a welcome departure from the ‘norm’.”