Scotland’s European Marine Energy Center (EMEC) is to advise Japanese authorities on infrastructure for a new testing center which could open by 2018 and stimulate international supply activity. 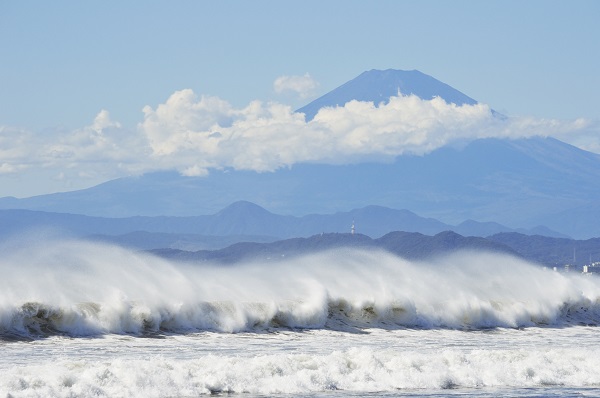 EMEC signed a contract in December with the Wind Energy Institute of Tokyo, to provide advice on the potential development of a test site in the south-western tip of the main island, Honshu.

The facility off Nagasaki would be the country’s first tidal stream test site, working alongside offshore wind testing in the region as part of an emerging Japanese marine energy sector.

According to EMEC, the center will advise on the infrastructure needed for marine energy deployment, such as subsea cables, grid connection to resource data instrumentation. EMEC will provide expertise on marine energy technology and support in business planning, operational procedures, and health and safety.

Japanese firms are expected to be the main participants in the country’s emerging tidal sector, but the expertise and advice offered by EMEC could also benefit Scottish and UK industry.

Kawasaki Heavy Industries has already used testing facilities at the Scotland EMEC site for its tidal stream technology, and worked with a number of UK companies in design and manufacturing.

The new testing center would provide a launchpad for a tidal stream industry in Japan, supported by the knowledge gained in Scotland.

The UK, and Scotland in particular, is considered the global leader in tidal technology development and the EMEC center has planned, developed and operated 18 real sea test berths, 14 of which are grid-connected.

“A limited number of companies in Japan have tested tidal stream technologies, whereas companies in Scotland are much further down the line in terms of technologies that can be deployed,” O’Brien said.

Atlantis, developer of the 400 MW Meygen project in Scotland, conducted several years of testing in the EMEC center, situated off the Orkney Isles.

Meygen demonstration Phase 1A will install four 1.5 MW turbines in 2016 and the entire 400 MW plant is expected to be online by the "early 2020s," according to the project company’s website.

“EMEC provided the industry with the opportunity to test full-scale, grid-connected prototype devices in unrivalled wave and tidal conditions,” Tim Cornelius, CEO of Atlantis said in a statement.

The exact siting of Japan’s testing infrastructure is yet to be decided. Two potential locations have been selected by the Japanese government, both in islands in Nagasaki Prefecture.

The first site is Hisaka-Jima island, Goto City in the Goto archipelago, where current speeds are up to a maximum 3 metres per second (m/s). The Ministry of Environment has already made investments at the site to prepare for commercial tidal power and an R&D project is under way funded by the New Energy and Industrial Technology Development Organisation (NEDO).

The second potential site for the testing center is at Eno-Shima and Hirashima islands near Salkai city, with tidal speeds at a maximum of 2 m/s. The moderate speeds mean this site is suitable for experiments with smaller tidal turbines.

Nagasaki Prefecture has agreed to finance a feasibility study on the siting of the center.

“The funding will help provide a business case to see if we can develop the center,” Oliver Wragg, EMEC’s Commercial Director, said.

If it does develop, it will clearly differ from EMEC due to contrasting topography. However, the aim is not to exactly replicate the EMEC experience, but to build on knowhow cultivated at the Orkney center.

This means not only using knowledge about tidal turbine installation and undersea conditions, but also the suitable infrastructure.

“It will look like a tidal energy farm but without the tidal turbines and foundations,” says Oliver Wragg.

This means introducing cabling, connection points and other relevant equipment to service tidal developers at the site, which could open by 2018.

The center will be competing with other testing hubs around the world, and technology providers will need to choose which center best suits their technology and targeted markets.

The UK has cemented its tidal industry by providing tidal stream operators with a Contract for Difference offtake price of 305 pounds per MWh ($434/MWh).

Renewable energy has gained considerable momentum since the Fukushima nuclear incident in 2011, when Japan stopped all 54 of its nuclear reactors.

Nuclear supplied around 30% of the nation's electricity before the fleet was taken off the grid, and since the incident only two reactors have been restarted, although more restarts are expected pending support from the public and local authorities.

Faced with surging power imports, Japan introduced in 2012 a Renewable energy Feed-in-Tariff (FiT) and by early 2015 the country had installed around 20 GW of solar PV capacity in three years to reach a total capacity of around 24 GW.

New PV installations in 2015-2016 are estimated to total around 9 GW per year, according to Mercom Capital, making Japan the world's third-largest PV market behind China and US.

“There is not a large amount of land mass for renewable energy, which makes onshore wind and large solar installations difficult, so there is a keen focus on offshore wind, wave and tidal,” according to Wragg.

Tidal stream development also comes on the back of early offshore wind trials. Three offshore wind pilots have been completed or are in progress, including two using floating turbines.

Since a tariff for marine energy has not yet been established, Japan is supporting early stage development by providing grants through NEDO and the Ministry of the Environment.

“It will be some time before they have to consider a revenue support mechanism,” O’Brien said.

While around half of Japan's nuclear fleet are going through the restart approval process, public attitudes have changed since the Fukushima disaster.

“There’s considerable opposition to nuclear now in Japan. Some regions will decide they do not want nuclear, and a number of regions are looking at renewables among a number of technologies to provide greater energy security,” O’Brien said.