RenewableUK, the UK trade association representing the wind and marine energy industries, is expanding its membership to include companies involved in tidal lagoon energy, having covered wave and tidal stream energy since 2004. 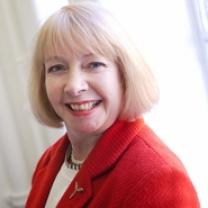 "This is an exciting time for the dynamic marine energy sector, as Tidal Lagoon Power is set to achieve a global first in Swansea Bay. We are confident that this ground-breaking scheme will point the way for others to follow around the world, so we're proud to support the deployment of this innovative form of renewable energy. It's great news for Wales too, as it keeps the nation at the forefront of the renewable energy sector, creating more jobs and attracting further investment".

The Swansea Bay Tidal Lagoon project has the potential to power 155,000 UK homes. South Wales is set to gain significant economic benefits by this initiative going ahead. Many local companies will be well placed to fulfill contracts in the construction and operation of the project worth at least £300m.

In March that the Planning Inspectorate in the UK has accepted for consideration an application by Tidal Lagoon Power to build the first project in the world of this type in Swansea Bay. Construction is due to begin in 2015, with first power to be generated in 2018.