The Capricorn Marine Turbine system can lower the cost of tidal power to £128/MWh ($0.20/KWh), according to Renewable Devices Marine Power, the Scotland-based firm which developed the system. 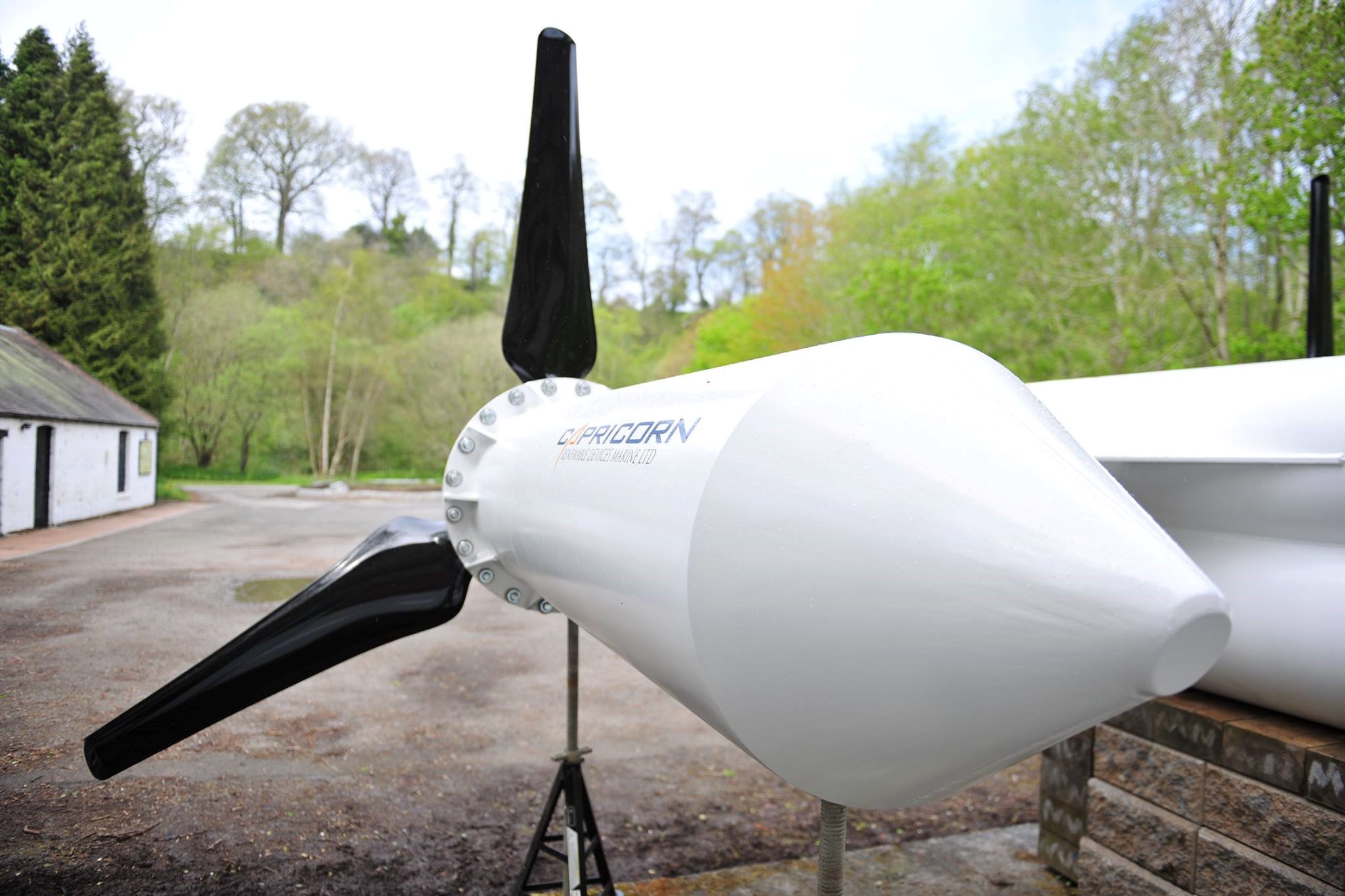 The Capricorn system offers reliable tidal electricity generation at a lower cost than offshore wind for the first time in the world, RD Marine said.

The reduced cost is due to savings in manufacturing as well as deployment and maintenance, David Anderson, the company’s founder and director, told Tidal Today.

An electricity strike price of £280–300 per MWh ($0.44-0.47/KWh) for tidal stream energy would be the minimum requirement to provide adequate returns for investors over a 20-year period and to maintain momentum in the sector, according to a report by Renewable UK.

Renewable Devices Marine is already in talks with two of the large UK electricity utility companies over the deployment of the systems, Anderson said.

The savings in manufacturing costs are due to the design of the turbine, Anderson said.

“The hydrodynamic profile of the blades means that the blades will generate in both flow directions,” increasing their efficiency, Anderson said.

Manufacturing costs have also been reduced by removing both the blade pitching and the yawing system, he said.

As a result, approximately 40% of the cost reduction comes from a simpler mechanical and electrical system since there is no yaw mechanism, no blade pitch mechanism, no control system, which also makes the turbine more reliable.

The remaining 60% of the savings comes from the reduction in deployment and maintenance costs, Anderson said.

The architecture and the design of Capricorn 5 and Capricorn 125 are identical, Anderson said.

Capricorn 5 was deployed for the first time eight months ago in a test site in a real marine setting in Scotland, and is now close to pre-production.

The company is in the process of finishing the design for Capricorn 125 and will soon start manufacturing, Anderson said.

The company is hoping to deploy it within 12 months in the UK.

“We are talking to a few possible partners, assessing a few sites at the moment,” he said.

But, since the industry is very young, the technology should be deployed for the next 10 years in medium to high flow sites, instead of the very high flow sites, because in that way you build up reliability and knowledge, Anderson added.

“So, we are going after the lower flow sites and that also means that our market is much, much larger since there are not many high flow sites,” Anderson said.

According to Anderson, many participants are underestimating the total worldwide resources for tidal energy because they are focusing on very high flow sites.

“We would argue against the current thinking in the tidal industry which says that the resource is limited to only the high flow sites and that the global tidal energy resource is somewhere between 90 and 120 GW, delivering around 95 TWh/annum,” Anderson said.

“Our contention is that all of this research has been based on extracting energy from high flow sites using expensive machines. If tidal turbines are designed to operate as efficiently as possible in medium flow sites, then the number of sites globally (which are economically viable) increases, and so the available resource is significantly increased,” Anderson added.

“This is because investors look at the operating history of the machinery to be used and projected operating life. Tidal range technology demonstrated at La Rance [France] & [Sihwa Lake, South Korea] bring all these crucial investor factors together and [this] is a very, very important factor,” Epps said.

The 240 MW La Rance tidal power plant was commissioned in northern France in 1966 and was the world’s largest tidal power facility until 2011, when the 254 MW Sihwa Lake plant was built in South Korea.

According to Epps, “potential investors want to know how long the machines will last, when they will be replaced and what the evidence is in this respect, since tidal range energy projects will last uniquely for a long time.”

“Fundamentally, the cost of this energy needs to come down,” said Charles Reynard, Corporate & Energy Partner at the law practice Eversheds.

It will take time to develop tidal technology and cut costs without compromising quality, reliability and durability, Reynard said.

“You need to have two or three projects to prove this can work, in-situ as in array – full scale...Once you have those projects, you have track record-- less informed speculation,” he said.