To realise its massive potential, the tidal sector, must prove to private investors that demo projects can deliver the real deal. Simon Robertson, the wave and tidal technology acceleration manager at the Carbon Trust, explains to Tidal Today, what the current funding situation is. 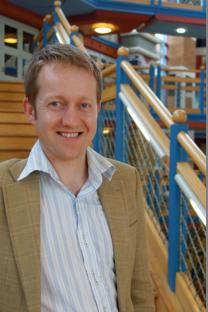 To date, there has been relatively little interest from venture capital companies in the tidal sector compared to other renewable energy sources, such as wind and solar. It has then often fallen on organisations, such as the United Kingdom’s Carbon Trust, to talk to the governments and business to support marine initiatives.

The Carbon Trust is currently a guardian of public funds, and has invested in tidal, such as the £2.7m that was awarded to the SeaGen project, administered by Marine Current Turbines, to fund technology including blade improvements.

The trust has invested £50m in the tidal energy sector since 2003, although there is no longer a discretionary budget to pick and choose where to invest.

Simon Robertson, the wave and tidal technology acceleration manager at the Carbon Trust, explains to Tidal Today, what the current funding situation is.

“Having come through the commercialisation ‘valley of death’stage, with active support from the UK public sector, a selection of increasingly well proven tidal energy devices owned by large industrials are on the market. After we supported the Marine Current Turbines’(MCT) SeaGen project, in 2012 Siemens bought out the remaining shares in MCT.”

Robertson continues: “This is the kind of vision that we would like to see for all of the marine energy technologies we support, when you have backing from a major company like Siemens the customer will benefit, as they have the necessary resources to develop the product, and offer the warrantees and guarantees expected by any buyers.”

He says that tidal energy device technologies have advanced to the stage where orders are now being placed for commercial demonstration projects, a major milestone for the industry.

“A demonstration of this,” he says, “is the MeyGen project, owned by Atlantis Resources Ltd, where Andritz Hydro Hammerfest have just signed an agreement to provide the turbines to this first tidal array project.”

“The next key stage for the tidal energy sector is to develop successful demonstration array projects. To support projects there is currently significant levels of project finance being made available from the public sector to compliment the limited amounts of private finance available, whilst confidence in this innovative market and technology is established.”

He explains further: “We are looking for the tidal energy sector to achieve commercial success,and through the successful demonstration of these early array projects, the funding balance has increasingly shifted from the public sector to the private sector, where increasingly levels of participation and investment will enter the sector as confidence is built.”

To ensure sufficient returns on a long term investment, there has to be commercial belief that the market is out there.

The Carbon Trust estimates the practical exploitable resource to be 21TWh of tidal resource per year, around 7-10GWs, relative to the UK demand or installed capacity which is 350TWh/year, or 85GW in 2013.

“We are looking for the tidal energy sector to achieve commercial success, there has been an increase of tidal support, but this is still a minority level of support, and in capital terms, tidal projects are still reliant on public funding.”

“In order to entice the private sector to be confident in investing more, we need to see improvements in the next two years to get demonstration arrays out so the technology and arrays can be seen to be working. To receive that first project investment, technology has to perform to high standards, and be reliable in the eyes of investors.”

The other issue, he says, is of certainty in the market. The tidal energy contract for difference rates post 2019 are yet to be defined, which will increasingly unsettle investors in the long term opportunity on offer.

“The Carbon Trust is collaborating with many project owners and the utilities as part of their support for the sector. The financing of early projects is demonstrating that flexibility and persistence is required to establish a funding package; involving different types of finance from a wide range of investors, from public and private organisations,” he says.