Peter Fraenkel: "Tank test models and an artist’s impressions aren’t enough. It definitely demands patience for something successful to come through"

The promise of extracting energy from tidal currents is luring, but the associated cost of energy has to be cut down significantly. Tidal Today reporter Ritesh Gupta interacts with Peter Fraenkel on becoming lean and mean in tidal power. 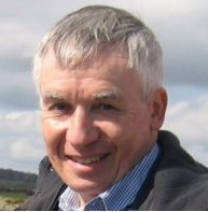 How quickly can underwater turbine technology further cut down on the cost of electricity generation and compete with established renewables? This question inevitably comes to mind when one gears up to interact with tidal energy pioneer Peter Fraenkel.

Fraenkel, who to his credit has shaped the development of turbines for extracting energy from tidal currents, indicates that there is a tendency to misjudge the situation.

He emphasises that tidal power development demands perseverance, and that the industry is not in the burgeoning phase.

“It shouldn’t be forgotten that one can’t start from scratch and achieve something ground breaking overnight,” cautions Fraenkel, who was a co-founder and technical director for Marine Current Turbines, a UK company, now owned by Siemens. Until 2012, Fraenkel was considered the brains behind MCT's technology.

“I don’t think the industryis burgeoning at present. Rather it is developing disappointingly slowly,” says Fraenkel, currently director at renewable energy consultancy Fraenkel-Wright.

“Sadly (the) development has been slow and government support remains too uncertain to encourage the investment that is really needed,” he says.

Not getting carried away

As one interacts with Fraenkel, the realisation of being pragmatic sinks in. Giving shape to an idea and reaching the stage of deployment is a journey in itself.

As for reaching a stage where one is ready to work on a MW-scale tidal machine, there are only handful of players.

“Working on a MW-scale machine requires experience, and in the absence of the same, one is bound to commit mistakes. Tank test models and artist’s impressions aren’t enough. It definitely demands patience for something successful to come through,” adds Fraenkel.

So how can one be realistic while setting a benchmark for measurement and assessing how players are faring at this stage? Also, how can the performance of turbines be evaluated in terms of the cost of electricity generation?

Fraenkelsays MWh is a realistic measure of energy production on the scale necessary for grid connected generation.

MWh are of course the “product” for which revenue is received, and the cost of producing MWh will dictate whether or not marine renewables,such as tidal turbines, can compete commercially with land-based generating technologies, explains Fraenkel.

He also mentions that the main factors that will influence the productivity of a tidal turbine are site conditions (notably speed of the current), swept rotor area, efficiency, depth of the rotor in the water column.

“An efficient turbine needs about 300 square meters per MW of rated power; a less efficient machine needs more square metres. The current is fastest near the surface, so the higher in the water column the rotor is, the more energy it will capture,” says Fraenkel.

Understanding the game of costs

The entire industry openly acknowledges the potential of this sector. As one of Energy Technologies Institute’s reports stated last year, successful commercial development of wave and tidal systems could exploit a global market potential of up to £8bn.

The potential is definitely there, but there is a need to come to grips with how the costs of production can be curtailed.

So how can the industry cut down of costs? Fraenkel explains there are two important issues to look at.

He says the main scope for reducing the cost of electricity generation is in reducing installation costs, which at present tend to be far too high. While turbine manufacturing costs can be expected to decline as volume of production ramps up, installation costs can only readily be reduced by finding improved less costly methods.

The other important way to reduce generating costs (i.e. the cost per MWh) is to increase the scale of individual power units because the fixed overhead costs tend to make small systems and small projects less economic than larger ones.

“The wind industry has led the way having started 30 years ago with 100kW systems, today few wind projects will use systems of much less than 3MW. And offshore, where cost overheads are especially high, the trend is towards 5MW or larger systems,” says Fraenkel.

He adds that the same laws of economics work for tidal turbines.

“In my opinion, it will be necessary to find ways to increase the rated power of individual systems. The first 2MW systems are on their way from Siemens-MCT and from Scot Renewables but even these will need to be replaced by more powerful systems,” says Fraenkel.

The only technical solution that can achieve this will be multi-rotor systems as it is unlikely that successful single tidal turbine rotors capable of delivering much more than about 1 to 2 MW are feasible.