The Government of Nova Scotia, Canada, is looking at installing some 300 MW of tidal power capacity from around 2020, Chris Campbell, Senior Advisor to industry association Marine Renewables Canada, said. 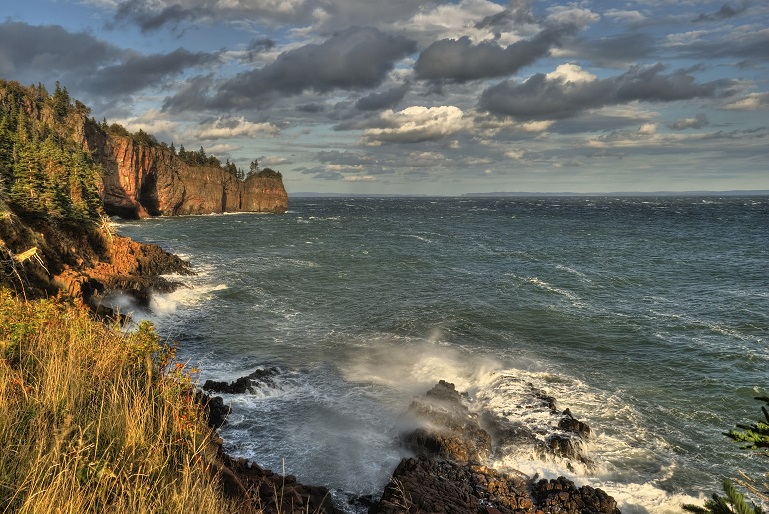 “Our whole strategy in Nova Scotia is to try to make sure that all of the leading technologies are actually at work in the Bay of Fundy,” Campbell told Tidal Today.

The Bay of Fundy, in Canada’s province of Nova Scotia, has the highest tides in the world, with a tidal range that reaches 53 feet (16 meters) in the Minas Basin.

According to the Fundy Ocean Research Center for Energy (FORCE), the very strong, uniform and predictable currents that result from the high tides make the Bay of Fundy a good site for the development of tidal power.

The bedrock, eroded by the currents, offers a solid and stable foundation for the placement of devices and the inner Bay of Fundy is close to both the electrical grid and harbours.

Companies, such as Atlantis Resources Limited work closely with the FORCE facility, the Nova Scotian Government and their project partners such as Lockheed Martin to help develop the tidal power industry in this region.

The Bay of Fundy is the most energetic tidal site in the world and it has a huge capacity to be developed there, John Armstrong, Director at TidalStream, the UK-based technology company, said.

In Armstrong’s opinion Nova Scotia has shown the UK how to attract the industry and Canada could potentially overtake the UK in terms of activity.

The Government of Nova Scotia decided to develop new regulations concerning the tidal industry, which is being done in cooperation with the federal government of Canada due to federal jurisdiction over marine affairs.

The new regulation will be designed to protect the public interest and set out the rules and risks for the tidal industry, Coolican said.

The legislation is expected to be passed in the fall and the government also wants stakeholders to participate in the selection of the development areas, he said.

The government is now working with the tidal industry to see how to develop it economically, Coolican added.

This will need to include the economics of scale that allow tidal to compete with other forms of energy when expanding to a larger facility.

“We are at an early stage, we are perhaps where wind was 30-35 years ago,” Coolican said.

The key deliverable in the “next three to four years” is to have a number of different technologies working in the Bay of Fundy, in order to learn from them,” he said.

Coolican wants Nova Scotia to become a world leader in the tidal energy sector and tap into developed markets such as UK and France.

“We are pretty sure that in some cases we will be competing with businesses either in the UK or France - and we are happy to compete,” Coolican said.

However, for Coolican co-operation is also very important because all parties involved in the experiment can learn and develop valuable partnerships.

The government of Nova Scotia has been very active in building connections with the European Marine Energy Centre (EMEC) in Scotland as well as the Scottish government and the UK tidal industry.

“It is important to develop a successful, competitive and economic tidal industry globally,” Coolican said.

FORCE is a good example of information sharing, Coolican said. Located in the Bay of Fundy, FORCE is Canada’s leading research centre for in-stream tidal energy.

Campbell said that the industry’s focus now is to try and get the best people involved in the supply chain. The projects will then need to be financed.

“We are really going to be looking for the best possible combination of players,” Campbell said.