Nova Scotia Energy Minister Andrew Younger last month announced a CAD$4m project to boost grid connections at the Fundy Ocean Research Center for Energy. Here he tells Tidal Today why the province of Nova Scotia is making a big bet on the sector. 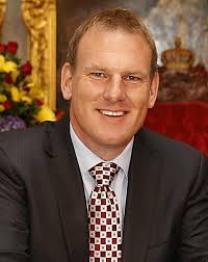 Q: What exactly is this latest funding project for?

A: What this $4.2m will do is allow turbines to connect to the grid. Without this infrastructure we would be looking at putting turbines in the water without giving them a way to export the energy. It gives them a way to access the feed-in tariffs for tidal energy.

The work is being undertaken at the moment. In the autumn there were data cables put in at the site and this will now allow grid connections to go in before the turbines. The connections should be completed later in 2014 and we’re expecting two berth-holders to go in sometime in 2015.

The four berths have been awarded and by 2016 we expect all the berths to be full. This project should allow for 64MW of generation across the four berths.

Q: How does this fit into your wider strategy for commercialisation of tidal energy?

A: The last turbine that went in was unable to withstand the force of the water, so the first thing will be to determine which technologies work here. Then we will scale up from single prototypes to full arrays.

The companies won’t all be doing large-scale commercialisation on the same spot, but even so with the tidal resource that is available we would contemplate having about 300MW in the water by 2030.

Q: How significant is tidal power within your renewable energy agenda?

A: I would say it’s near the top of our list. We have a long history with it, as we have an operating tidal barrage system in Nova Scotia. Now we see it as one of our biggest opportunities, not just for power production but also for technology and economic development.

Last month we signed a memorandum of understanding between the Offshore Energy Research Association of Nova Scotia and the United Kingdom's Technology Strategy Board. We’re trying to be a world leader.

Q: How do you see your push for tidal development benefiting Nova Scotia’s economy?

We have the largest naval base north of Virginia, here in Halifax, and because we serve the offshore sector we have a lot of diving, remote-operated vehicle and manufacturing services, and a large shipbuilding industry.

That’s one area where we think we are in a really good place. There could be 3,000 to 5,000 direct jobs here in 2030, across the industry, according to Siemens.

Q: What’s next in your plans for tidal?

A: We’re working with some of the berth-holders to help them figure out the financing. We’re trying to come up with a plan to help these companies raise financing in the private markets.