Tocardo has been appointed by the Isle of Man Government as one of two preferred partners to supply tidal turbines for a major new renewable energy initiative. 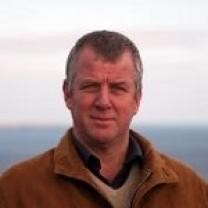 The announcement is part of the Isle of Man Government’s renewable energy initiative, including the development of a wind farm and installation of tidal power generation within the 12-mile limit of its territorial sea. Alongside Tocardo, the government named Manx Tidal Energy Ltd as its other preferred supplier of tidal energy technology.

The offshore energy hub is one of the key strategies Vision2020, the Isle of Man Government’s long term plan to grow the island’s economy. It estimates that leasing parts of the seabed for renewable energy generation will boost the public funds by at least £5m a year and create more than 50 new local jobs.

“We are extremely pleased to be appointed by the Isle of Man Government and to be part of a new and exciting project which will bring sustainable, low carbon technology to the island,” says Hans van Breugel, CEO Tocardo.

“As one of only two preferred suppliers we are well placed to deliver turbines on time and to specification. The shores off the coast of the Isle of Man are an ideal geographic location to develop tidal turbines,” he continued.

Van Breugel also said that its technology is proven and has been demonstrated and implemented in the Netherlands and Nepal where Tocardo is producing commercial T1 and T2 turbines.

Tocardo has been active in Scotland since 2009, and is one of few companies in the world commercially manufacturing and marketing tidal turbines. The Netherlands-based company has also closed deals to sell its technology in UK, Canada & South Korea with a total capacity of well over 50 MW.