Investing in renewables is seen as the top priority for maintaining energy security by nearly half the British population – a view reflected across voters of all four major political parties – according to new polling information conducted by ComRes on behalf of RenewableUK. 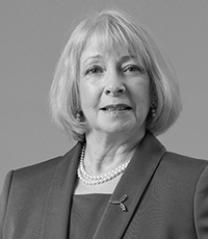 This follows recent research that found politicians opposing wind development are a turn off for voters.

A total of 48% of respondents chose investing in renewables as their number one priority, far ahead of the next most popular choice – building new nuclear reactors – which came in at 15%. Fracking came a distant fourth (13%) behind reducing consumption, including for half of people living in the 40 most marginal Labour/Conservative constituencies.

The public also see securing our energy supplies as one of the most important priorities for the Government, with 53% of people citing it as a top 5 priority. Other issues considered a top five priority were unemployment, inflation, law and order and the NHS. Just 5% of people said reducing onshore wind farms should be a priority.

RenewableUK Chief Executive Maria McCaffery said: “This poll shows that the public want to tackle our energy security crisis by investing in renewables like wind, wave and tidal power and offsetting the need to import volatile and dirty fossil fuels from insecure parts of the world. Onshore wind, as the cheapest low carbon electricity source is a crucial component of that so it’s no wonder that the electorate will reject Parties that rule out its future use.”