Chile is to host a new range of tidal projects, according to the Inter-American Development Bank (IDB). Project developers will be financed from a USD 1.8m funding pot made available by the bank, a major source of development financing for Latin America and the Caribbean. 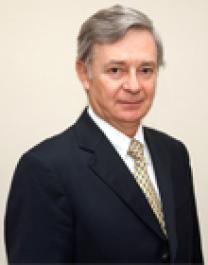 While this is promising news for the tidal energy sector, there are a few steps that need to be taken first. Notably, applicants will not access IDB funding until the Chilean government approves and confirms its own separate pilot project finance of USD 9m for tidal power, expected in 2014.

“We hope that our funding helps the winning companies with detailed project design. It will be made available following the announcement of the tender winners,” stated Christoph Tagwerker of the IDBInfrastructure and Environment Sector in Washington D.C.

Officers at the IDB have co-operated with the Chilean government to provide finance for tidal projects as part of a plan reflecting Chile’s marine power potential. Bids for Chilean government support will have to source match funding, but this will not be a requirement from the IDB. Finance will be available for projects but not R&D or other activities. The likely site is Puerto Montt in the South, where a grid connection is already available.

The marine potential in Chile is attractive. According to IDB reports, it amounts to 100-200 gigawatts (GW) for wave and tidal. Total installed energy capacity stands at around 17 GW. At the same time, the bank considers that Chile also provides a strong regulatory and business environment and incentives for establishing new businesses, and has a stable and liquid local financial market. It also notes that the country benefits from a suitable legal framework for start-ups and macro-economic stability, which “could be the foundation for future investments in this field.”

The motivations for building more renewable energy capacity are relatively strong, as Chile is the fifth largest energy consumer in Latin America. However, unlike many of its neighbours, it has little known fossil fuel resources of its own, although a new coal mining project was approved in Patagonia in 2011. Chile is therefore a heavy energy importer.

Data reports from the US Energy Information Administration (EIA) show around one third of Chile's electric capacity and generation are attributable to hydroelectric plants. The country’s copper mining industry is a major energy consumer, using thermoelectric power, and its demand is forecast to double by 2020 compared to 2010.

Wind capacity was at approximately 160 megawatts (MW) in 2010, and is to grow further with the construction of a new 115 MW wind farm, due to start up in 2014. According to Chile’s Centre for Renewable Energy, 2013 could end with a total installed capacity between 1000MW and 1200MW of non-conventional renewable energy, including min-hydro, wind and biomass, while solar projects are in the pipeline. Meanwhile, the Chilean government doubled its renewable energy target in October 2013 to 20 % of power by 2025.