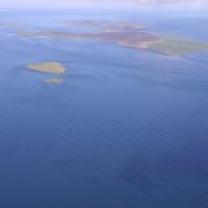 A monitoring system being developed by the European Marine Energy Centre (EMEC) could help cut costs by giving developers a clearer picture of seabed conditions.

Essentially a sensor-packed pod with a data cable reaching to shore, the platform is intended initially to measure conditions at EMEC’s Fall of Warness test site, off the island of Eday in Orkney, Scotland.

“The project aims to provide a way of gathering the much-needed information about potential interactions between marine energy devices and some marine wildlife,” added EMEC in a statement.

“It will therefore help accelerate the deployment of commercial-scale wave and tidal stream energy as it endeavours to reduce costs and risk associated with marine energy array deployment.”

EMEC research director Jennifer Norris stated that the pod would be able to provide a unique insight into marine conditions.

“This project brings together a range of cutting-edge and more standard technologies which, for the first time, have been configured together to provide an uninterrupted data set,” she said.

“The EMEC tidal test site is subject to peak spring tides of up to four metres per second, very challenging tidal flows which are notoriously difficult to work in, so there have been various challenges to overcome in the design, build, operation and deployment of the pod.”

Speaking to Tidal Today, EMEC’s commercial director Oliver Wragg says that the pod is designed to act like an underwater equivalent of a wind farm met mast, a piece of equipment that can cost up to GBP£15 million (USD$25m/€18m).

“Ideally you would deploy this when you are doing some initial environmental surveys, before you put any technology on a site,” he explains. “You would be collecting things like the temperature, the current profiles, the wave heights, the salinity and these types of things.”

This data can help developers match their designs more closely to the marine environment, which will help cut costs.

In addition, there are already plans to combine data from the pod with existing studies on the impact of turbulence on tidal flows around the EMEC test site. This is significant since turbulence could potentially have an important impact on tidal turbine efficiency.

Another potential advantage of the pod is that it could reduce consenting times by improving the level of data available for environmental impact assessments.

“What we are seeing is the regulators are allowing devices to be installed, and then putting stipulations around the data collection of a device,” Wragg says. “What this does is it speeds up the second tranche of turbine devices that can be installed within a site.”

EMEC has already developed a prototype of the monitoring device, deployed in 2012, and will use the new funding, from the MRCF Array Technology Innovation Programme, administered by the UK Carbon Trust, to develop a pre-commercial demonstration device.

The pod will be equipped with a combination of onshore and offshore subsea components, including an active sonar, an acoustic Doppler profiler, hydrophones, a marine radar, a met station, a vessel tracking system and sensors for conductivity, temperature, density and turbidity.

Wragg says the pod design could be replicated in future for deployment across a range of sites, potentially including other test centres in Europe and further afield.

The idea would be for each pod to remain in situ, feeding back a continuous stream of information to provide a round-the-year site characterisation data set.

A further application, once devices have been deployed, is for the pod to monitor how marine mammals interact with the machines.

In press materials, Carbon Trust wave and tidal technology acceleration manager Simon Robertson said: “Data and learning from this project will be important to better understand the characteristics and marine mammal interactions with devices in tidal flows.

“These are important considerations for reducing the costs and risks of marine energy and bringing the sector a step closer to commercialisation.”

Paul Hales, director of the waterwheel turbine developer Hales Energy, says an understanding of marine fauna interactions is particularly important for tidal stream devices because of the potential for public concern if animals are threatened.

“The first cetacean creature that is washed up with major cut marks near any tidal energy farm is going to cause uproar,” he believes. “The amount of raptors killed by the early wind turbines in Altamont Pass, California, almost ended wind energy before it had truly started.”