Tidal power sector acknowledges the importance of a successful Electricity Market Reform outcome, coupled with the progression of island interconnectors and the delivery of a competitive grid charging regime, in order to make steady progress. We assess the situation. 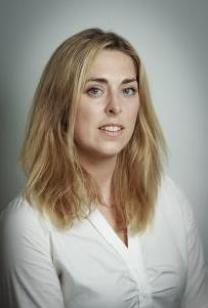 The unparalleled level of investment secured by the tidal power sector in Scotland is testimony to this burgeoning industry’s potential. The fact that Pentland Firth continues to be in news for being one of the outstanding sites for tidal power, it speaks volumes for confidence being reposed by the likes of ABB, Siemens and Alstom.

At the same time, the industry also needs support in order to convert its potential into promise. For instance, one of the major challenges is related to the cost of access to the grid/ grid connection charges for projects.

The industry is moving ahead with aplomb.

“It’s certainly an interesting time for the marine renewable energy industry,” says Lindsay Leask, Senior Policy Manager - Offshore Renewables at Scottish Renewables. “Electricity Market Reform alongside grid access and charging, present challenges for the sector. Yet, in spite of this we are seeing some really exciting and important developments in the industry. Last year saw an unprecedented level of investment with international OEMs such as Alstom and Siemens becoming important players.”

Projects are moving forward in Scotland with consent being granted for Europe’s largest tidal stream development, MeyGen’s project in the inner sound of the Pentland Firth. ScottishPower Renewables’ Sound of Islay project, the world’s first consented tidal turbine array project, has joined forces with Alstom, meaning the two leading tidal power technologies will now be tested side by side at the site, strengthening Scotland’s global lead in the sector.

The United Kingdom’s energy security is on top of the agenda of the government, especially considering the overhaul, in the form of replacement and advancement, being planned for the electricity infrastructure. This calls for close to £110bn of capital investment over the next 10 years.

Various stakeholders do acknowledge the need to transform the UK electricity market to gain the investment required to replace ageing energy infrastructure.

In this context, one of the initiatives that the renewable energy industry on the whole has been keenly following is related to the government’s proposed draft strike prices for renewable projects, key CfD (Contracts for Difference) contact terms and the plans for a capacity market.

As per information available at the early part of December 2013, the newly proposed strike prices, which are for large scale renewable projects, including onshore and offshore wind, tidal, wave, biomass and solar, will guarantee a minimum price to generators of renewable energy from 2015 under new 'Contracts for Difference’ (CfDs) being drawn up by the Government.

The contracts are expected to stop potential exposure to unstable wholesale electricity prices and pave the way for a stable revenue stream for investors of all generation technologies. Tidal stream strike prices have been proposed at a steady £305/MWh (2012 prices) from 2014 to 2019. However, nothing is set in stone.

Tidal range projects, which include both tidal lagoon and tidal barrage technologies, do not have a published strike price. Instead, given the lack of cost data available DECC will consider how best to price CfDs and the appropriate length of contracts for these projects on a case by case basis. The strike prices for Tidal Stream and Wave are intended for the first 30MW capacity of any project, according to DECC.

Just prior to the strike process being reported, Leask said, “It is absolutely crucial that the Energy Bill, currently working its way through the UK Parliament, creates a supportive framework for the development of tidal power in Scotland. Electricity Market Reform, introduced by the Bill, needs to ensure adequate support is provided, which will enable the sector to move to commercial scale development.”

Leask continued, “In addition, regulation surrounding charging for, and access to grid urgently needs to be addressed in order to bring down costs and ensure we can fully utilise the phenomenal tidal resources that exist in the north of Scotland.”

Developers are on the lookout to combat high costs wherever possible. Each and every initiative is being scrutinised minutely.

In September, when Ed Davey, Secretary of State for Energy and Climate Change, set out proposed strike prices for onshore wind developments in the Scottish Islands, Scottish Renewables stated that the announcement gives no certainty to the marine energy industry.

“We were disappointed to see that the outcome of Project TransmiT is unlikely to deliver a solution to the issue of excessive charging for island-based projects connecting to the grid. It was extremely disappointing and concerning to see the consultation on an Island CfD, which is still open for comment, propose to not offer an uplift to marine projects in this delivery period. We are in the process of preparing our response to this consultation and are still hopeful we will be able to secure a solution,” said Leask.

She added that finding a solution to this issue, which currently sees offshore projects in the north of Scotland facing charges around seven times higher than projects on the mainland, is absolutely crucial.

“A recent study commissioned by the UK and Scottish Government showed the phenomenal potential of marine projects to stimulate jobs and investment on our islands. We are fully committed to working with the UK and Scottish Governments, alongside Ofgem and other stakeholders, to find a solution that will unlock this huge potential and ensure connection charges for the marine industry are competitive,” said Leask.

The importance of securing a successful outcome to Electricity Market Reform cannot be underestimated.

“In addition to securing adequate strike price levels for tidal power, we need to ensure the Contract for Difference allocation process supports the projects,” says Leask.

A successful EMR outcome, coupled with the progression of island interconnectors and the delivery of a competitive grid charging regime, will help to ensure the tidal power sector in Scotland is able to flourish.