Faltering regulatory support for renewable energy in Australia and an underlying love of coal was set to derail the country’s ambitions to become a tidal contender, say insiders. But an MoU announcement made by Atlantis Resources and RusHydro could shake things up. 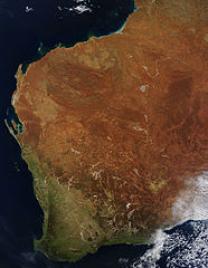 Australia’s prospects as a tidal energy producer have been receding fast in the face of faltering government support, according to industry sources.

“Nothing much is happening here,” confirms Aaron Davidson, co-founder of Australian water turbine manufacturer Tidal Energy Pty. “I’m afraid we’ve just about given up on Australia. We’re walking away from this country.”

The current situation contrasts with that of little over a year ago, when the signing of two memorandums of understanding looked set to lead to the creation of the world’s first tropical tidal energy research centre, in Darwin, Northern Territory, Australia.

While Tenax Energy, the company behind proposals for a 2MW plant and tidal energy research centre in Darwin, is still active, the regulatory environment for renewable power projects has darkened dramatically following elections last year.

Just when frustrated tidal power developers and turbine engineers were ready to throw in the towel on Australia as a near-term market to commercialise their technology, Atlantis Resources and RusHydro stirred things up.

Atlantis Resources, the recently AIM-listed vertically integrated turbine supplier and tidal project owner, and JSC Lenhydroproject (a 100%-owned subsidiary of RusHydro) have signed a Memorandum of Understanding about cooperation on prospective tidal power projects in Australia. Under the Memorandum the parties will identify prospective tidal power projects in Western Australia for construction using tidal range orthogonal turbines - development of RusHydro, and will undertake a feasibility study for these projects.

According to the Australian Government's Geosciences Department, Western Australia has locations off its coast where the average tidal (kinetic) power in water depths less than or equal to 50m exceeds 6.1 kilowattsper square metre (kW/m2), enough to power up to six Australian homes for every square metre of resource harnessed, considerably higher than in many other tidal projects.

The parties have already started water and energy calculations, to identify capacity and annual output, on one of the prospective projects. During 2014, an application for funding for the project will be submitted by Atlantis to Clean Energy Finance Corporation in Australia (CEFC).

Vladimir Pekhtin, Deputy Chairman of RusHydro and General Director of Lenhydroproject, says, "Our cooperation with Atlantis is an important step in promoting worldwide innovative technologies developed by RusHydro such as our orthogonal turbine. The world's interest in tidal energy is increasing every year, as well as the need for advanced technical solutions allowing tidal power to compete in the energy market. We have been enhancing and working through a unique orthogonal turbine technology for several years and we are confident that it is ripe for commercial use."

Chief Executive of Atlantis, Tim Cornelius, says that the MoU comes on the heels of the company’s recently announced collaboration with Dongfang, which according to him is “further validation of Atlantis' leading position in the emerging tidal power market in a geography which we know well.”

In addition to the portfolio of development projects that Atlantis has established in recent years, the company is now positioned to play an active role in the opening up of two high potential tidal power markets: China and Western Australia.

But pessimism runs deep when it comes to the lack of consistent regulatory support for tidal and renewables in Australia.

A bill to repeal both initiatives was approved in the Australian Government’s Lower House in November, although the Senate later threw out the action against the Clean Energy Finance Corporation.

“Tidal energy and all renewables in Australia have been given a small reprieve with the recent Senate rejection of the government’s bill to close the Clean Energy Finance Corporation,” observes Toby Barber, a senior engineer at the consultancy DNV GL.

“However, a new Senate in July is likely to pass the bill. The closure of this important green investment bank will add to the challenges faced by the fledgling sector, already hit by a cut to Australian Renewable Energy Agency funding,” says Barber.

The situation is particularly dire for tidal power because it is still heavily dependent on support mechanisms, unlike solar or wind technologies that are close to or at grid parity in many parts of Australia.

The other challenge for tidal in a sub-optimal investment climate is that the country’s best flows are far from major centres of habitation. “Most of our high flows are not near the population centres,” says Davidson. “We do have Banks Strait, which has some ordinary flows.

“And we do have Port Philip Bay near Melbourne, which has some reasonably good flows, but it’s certainly not up to the 10 to 12 knots that we could be looking at harvesting, say, in the Minas Passage in the Bay of Fundy, or in Indonesia or in some of the Pacific islands.”

The falling away of support in Australia is forcing Australian tidal developers such as Tidal Energy to sell their wares elsewhere.

Davidson says his company is commercialising its technology in a number of other countries and has tied up contracts with several joint venture partners abroad, looking to develop projects at locations with tidal flows of between eight and 10 knots.

In the long term, tidal still appears to have a future in Australia. Davidson notes that many remote communities in the country, including ones close to tidal stream resources, have high energy costs because of their distance from grid infrastructure.

This means it could still make sense to develop projects in some remote regions. It will not happen any time soon, though.

Barber says that the planned repeal of the carbon tax and review of the Renewable Energy Target will only increase market uncertainty. “In this environment, tidal developers may feel they are living on borrowed time,” he says.

Davidson’s analysis of the situation is even gloomier. He estimates there will be no change in government position for six years of the current leadership, and believes that it will take an incoming administration at least three further years to reinstate favourable policy conditions.

“Now we have a prime minister who is a climate-change denier,” he claims. “All we can do here if we’re lucky is maybe build and export. There’s very little chance that in the next 10 years we will do very much here at all.

Davidson’s words, expressed prior to the recent Atlantis-RusHydro MoU announcement, were overshadowed by political cynicism, “And with 400 years of coal yet to be dug out of the ground, and our richest members of parliament being miners, I don’t think we’re going to see a lot happening. We may see a bit of action in the remote communities, but by and large that will be very small scale.”

Bringing in foreign partners, for the moment, may be the only jump-start to an otherwise stagnant Australian tidal power market. And if Atlantis plays its cards right, it has come in just in time should the Clean Energy Finance Corporation get the green light later this year. Cornelius seems confident it will.