Tim Cornelius, CEO of Atlantis Resources, has stated as part of the company’s maiden financial results that "2013 was a transformational year for Atlantis Resources in which many corporate milestones were achieved." 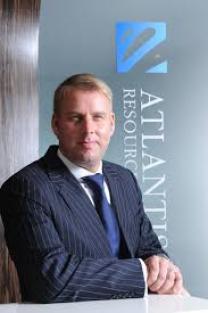 He continued: “Following the successful fundraising and admission to AIM in February 2014, the group is well placed to continue the development of its cornerstone MeyGen project in Scotland, the world’s largest tidal energy power project.”

Some of the past year’s highlights included in March 2013, The Highland Council announcement that it would grant planning permission for the onshore works required for the MeyGen project. This was followed in September 2013 by confirmation from the Scottish government of the award of the offshore consents for the first 86MW of capacity.

Following award of the consents, Atlantis reached agreement with its fellow shareholders in MeyGen, Morgan Stanley and International Power Marine Developments, to regain full ownership of the project company. Atlantis will now capitalise on over five years of project planning and engineering to bring this milestone development to construction. Construction of Phase 1A of the MeyGen project is expected to commence in the second half of 2014, with first power expected in 2016.

In September 2013, Atlantis and Lockheed Martin Corporation signed a detailed design and systems integration contract for the AR1500, and this programme of work was formally commenced in March 2014. Atlantis and Lockheed Martin strengthened their longstanding relationship under a teaming agreement, through which Lockheed committed to investing US$10m in technology and projects with Atlantis. Then in October 2013, Atlantis completed a £3.4m programme of work for the Energy Technologies Institute. Working with 100 industry participants, Atlantis identified a system architecture which could offer a 50% reduction in the cost of tidal energy.

During 2013, the Atlantis engineering team completed the front end design for the AR1500, in readiness for commencing detailed design with its component suppliers and Lockheed Martin.

Atlantis was also awarded a consulting contract with Carnegie Wave Energy Limited for analysis of array configurations to reduce the cost of wave energy.

Other strategic partnerships signed in this transitional year for Atlantis included an agreement with Dongfang Electric Machinery Co. Ltd, under which Dongfang committed to a turbine supply price of US$3m for commercial production of the AR1500, more than 40% less than the cost of initial turbine units from European manufacturers.

In January 2013, Atlantis shipped US$2m of onshore electrical and control equipment to China under a supply agreement with the China Energy Conservation and Environmental Protection Group, which is leading a project to deploy an Atlantis 1MW turbine in the Zhejiang province in 2014.

The UK’s Energy and Climate Change Minister announced that the MeyGen project would be awarded a £10m grant from the Marine Energy Array Demonstrator scheme.

In February 2014, Atlantis announced that it had been awarded €7.7m for the development of a multi-turbine array at the MeyGen site, following a grant application to the European Commission’s Seventh Framework Programme during 2013.

Cornelius also said that its other key supplier, Andritz Hammerfest Hydro, remains on schedule to deliver turbines on time and to budget and post IPO. “We have also announced a number of significant strategic alliances with large multinational corporations which will allow us to broaden our product and service offering in the future,” he said.

According to the CEO, construction of Phase 1A of the MeyGen project is expected to commence in the second half of 2014, with first power expected in 2016.