Standfirst: Tidal Today speaks with the CEO and founder of Minesto, a tidal device developer, on the market drivers behind low velocity current devices in the UK and other island nations. 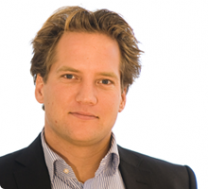 He expects the UK tidal market to see major grid connections; and which market drivers will get more tidal energy pilot projects off the ground and in the water in the UK and Europe.

Q: Could you briefly explain your expertise in the tidal energy sector and the technology behind Minesto's Deep Green device?

A: I have been working with tidal energy the last eight years. I founded Minesto in 2007 and have focused mainly on understanding the fundamentals on how this industry should be developed, what requirements and needs our customers have and developing our company offer accordingly.

We have a different view of what this industry needs compared to many others and that has led to positions in the Marine Strategy Group and External Affairs Strategy Group in Renewable UK. Understanding the political and business aspects is a key for developing a technology for a new market.

Our product, called Deep Green, is currently the only marine power plant that operates cost efficiently in areas with low velocity currents. It resembles an underwater kite with a wing and a turbine that is attached by a tether to a fixed point on the ocean bed, moving swiftly in an 8-shaped trajectory in the current. The technology has undergone several tests and a prototype in scale 1:4 is currently tested in Strangford Lough in Northern Ireland.

Q: In a recent article that you penned you said that new power plants that can operate cost-efficiently in slow currents are one big step forward for the tidal energy industry. Could you elaborate on that and put into context with any existing pilots or projects already set in motion?

A: In the UK, low and medium velocity tidal sites are estimated to about half of the total tidal energy resource. Our technology unlocks these sites, which is important as tidal energy is predictable and therefore very good for balancing the grid. The difficulty with energy production is not producing electricity; it is producing reliably at low cost. When combining fifty per cent market potential and cost-effective technology it becomes a big step forward for the tidal sector.

Most tidal energy power plants use the same operating principle as a wind power plant; typically there is a three bladed turbine mounted on a tower placed on the seabed. These power plants operate efficiently in so called hot-spots where the current velocities exceed 2.4 m/s. However, as the currents become slower, the energy density decreases and it becomes trickier to produce electricity cost-efficiently, therefore innovative concepts are needed. Our power plant, called Deep Green, accelerates the velocity through the turbine 10 times, i.e. if the tidal current velocity is 1 m/s the velocity through the turbine is 10 m/s. This makes it possible to operate efficiently in low velocity currents.

We are marketing the concept that Deep Green is a good compliment to the more traditional power plants; hot-spots and low velocity sites are sometimes located close to each other, which make it possible to share cabling for grid connection and other infrastructure. Many times we see that the population is living close to low velocity tides meaning that we have close access to the grid.

In the UK, we find most of the low velocity resource in the Irish Sea.

Q: The total amount of wave and tidal stream energy in UK and Irish waters is estimated at 935 TWh/year, according to the latest figures. When are you and others in the industry expecting to see a leap in the amount of tidal power feeding into localised grids or the national grid?

A: One of the largest challenges for the technology developers is the time it takes to develop a technology. If everything goes well one should expect it take at least 10 years to develop a marine technology, if sufficient funding and political support and legislation is provided. At the moment, there is a non-progressive situation where investors are waiting for the politicians to take a decision regarding the new Electricity Market Reform.

The industry has developed really well and there are several demonstration arrays, which will be feeding tidal generated electricity to the grid in the coming years. As soon as these arrays have been proved we will see a leap when the industry goes into a fully commercial stage.

I believe that the UK can expect large contribution from tidal energy to electricity generation after 2020.

Q: What are some of the market drivers behind Minesto's technology strategy?

A: There are four main drivers for renewable energy: economic growth, higher electricity prices, climate change, and security of energy supply. Minesto fits very well into solving all these challenges as we have an innovation that makes a step change in how we produce energy and where we can produce it.

Most island nations have high import dependency in energy supply, tidal energy is produced locally. We have several interesting projects for Island nations such as Bahamas, Puerto Rico and Maldives where 100% of the electricity is produced form diesel generators. We have a small and lightweight system that can easily be maintained by a small local vessel and the same time supply a large quantity of the local consumed electricity.

Since the cost of the diesel fuelled electricity is between 3-6 times higher than what we have in Europe, it is not only environmentally logical, it is also economical. On the other hand, we can offer European utilities the possibility to install 100MW arrays with a good return on the investment and their customers will enjoy renewable energy to the same cost as old and dirty coal and gas electricity.

Q: Is Minesto looking to any new markets, if so, which ones? How are those target markets catered to help support tidal energy projects?

A: The UK is of course an important market to us but in addition to this we target several markets globally. To mention some, we’re looking at South Africa, South Korea, Japan, Chile, and the Maldives. The forms of the support are usually including supply chain involvement, capital grants and revenue support. One of the great things about being in this industry is that we always receive large interest and strong commitments from the local government.

Q: What do you believe could help get more tidal energy pilot projects off the ground in the UK and Europe?

A: To give a short answer, I’d like to mention four key points:
Capital grants from public financiers to unlock private capital
Stability in political incentives since that increases the long term security for investors
Cooperation in the industry, both along the supply chain and between developers, is essential for not inventing the wheel again
Support for the utilities to enable them to make early investments in arrays