Huge energy savings are being made through industrial solar thermal applications. But why stop there when you can benefit from financial support? As Canada's Rackam and South Africa's MTN have discovered, the economics are compelling enough to consider additional CSP projects. 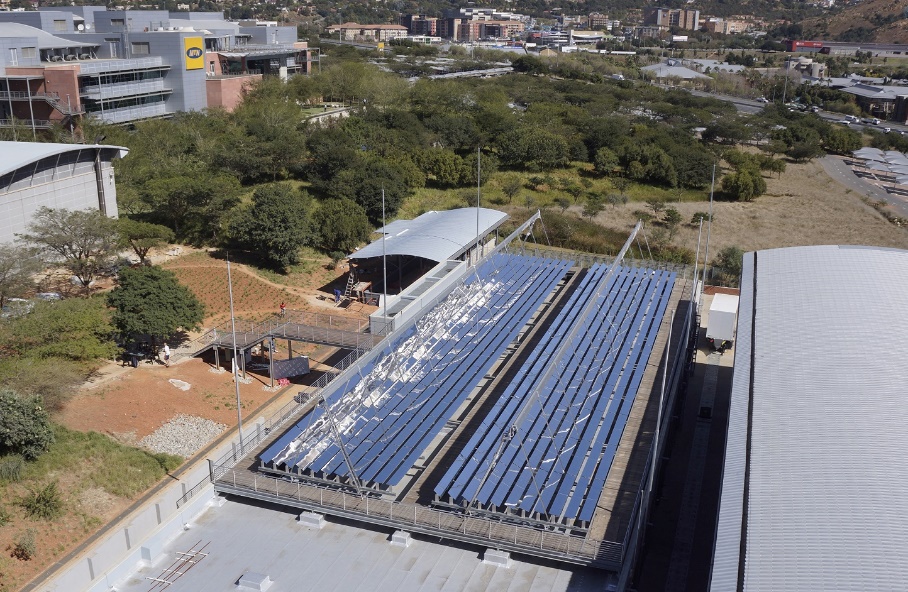 Substantial cost reductions and energy savings could be made by using solar thermal systems in industrial processes. Along with the enhanced corporate reputation, these advantages should suffice to encourage companies to replace or support their conventional heating and steam-generation methods with solar thermal technologies.

And to a considerable extent they have – hundreds of agricultural, dairy and food processing plants are now using Concentrated Solar Thermal (CST) and Concentrated Solar Power (CSP), while other industries are following suit, as recently reported by CSP Today.

However, a faster and broader uptake will only take place through incentives that can enable companies to overcome initial investment hurdles.

The United States and Canada, as well as South Africa and India, have all excelled in offering support mechanisms for industrial solar applications.

"There are many incentives in India promoting the use of CST technologies for applications such as industrial process heat, heating and cooling, as well as solar cooking. We have set up CSP application projects in India, which have benefitted from government incentives," says Manoj Divakaran, managing director of India-based Empereal Inc.

The projects paved the way for Empereal to demonstrate their indigenously developed Linear Fresnel systems and use them for applications ranging from steam generation to solar desalination.

"Working closely with the government allowed us to benefit from the various programmes to further develop our capabilities as well as to implement cost-effective and reliable CSP industrial solutions for our customers," highlights Divakaran.

India’s industrial sector was the country's second largest energy-consumer in 2012, and much of its low-to-medium temperature heat requirements have been provided by fuel oil, coal and biomass. This prompted the government to introduce incentives with a target of increasing annual sales of CST technologies to 15,000 square meters per year by 2016.

Under a five-year joint project launched with the UN Development Programme in 2012 and financed by the Global Environment Facility, India's Ministry of New and Renewable Energy has been incentivizing the use of CST technologies by offering a capital subsidy of 30%, and 60% for projects in hilly areas and special category states. Demonstration projects are also eligible for an additional 10%

"The incentives from the government make it more economically viable to use CSP for heating and cooling applications as well as desalination and water treatment," says Divakaran. "However, more developers and beneficiaries need to come forward and set up projects using the available benefits."

"There are a number of local and international incentives available to South African companies to improve energy efficiency and invest in cleaner, greener energy solutions. These range from special loans by commercial financial institutions to cash grants, subsidies, and tax incentives," says Chris Maroleng, Executive for Corporate Affairs at MTN Group.

MTN's CSP cooling system was partly encouraged by such financial incentives. In partnership with the German energy agency Deutsche Energie-Agentur GmbH (Dena) and a number of business partners, installing a CSP solution for the cooling requirements of one of MTN's data centres was "a fairly simple financial decision for MTN," according to Maroleng.

"This was due to the fact that Dena, as a centre of expertise for energy efficiency, renewable energy sources and intelligent energy systems, partly sponsored this investment".

MTN South Africa is now considering a second CSP plant to supplement daytime comfort cooling systems on the the group's head office campus and minimise our reliance on national grid power, Maroleng tells CSP Today, although the project will be subject to reviewing the financial feasibility.

As the second-largest emitter of carbon dioxide emissions, the U.S. has a greater responsibility toward promoting solar technologies, especially when fossil fuel combustion from industrial processes accounted for nearly 14% of the country's emissions in 2012.

"Developers can also claim some state tax incentives and participate in some state rebate programs and renewable portfolio standard programs, depending on the state and its definition of 'solar heating'. Some state regulations explicitly include solar for industrial process heat, some don't."

And in Maryland, the Game Changer Competitive Grant Program offers amounts ranging from $50,000 to $250,000 for projects employing renewable systems, including CST. The program expires on December 12, 2014 and projects must be operational by December 1, 2015.

"Awareness of solar heating as an option will also help increase its deployment," says Johnson. "As you can see in our recent report, some systems see a return on investment in as little as one year. Given that heating and cooling are huge energy drains—representing 35% of energy usage in commercial buildings—the potential benefits of solar heating and cooling technology, both in terms of dollars saved and carbon emissions reduced, are enormous," explains Johnson.

Even regions with relatively low Direct Normal Irradiance (DNI) are providing financial support to concentrating solar technologies. Nearly half of the financing for the recently commissioned Alain-Lemaire Solar Park in Canada came from the government.

Developed by Canadian CSP technology provider Rackam to supply energy to Cascades' pulp and paper complex, the $1-million-project received a $463,500 grant from Quebec's Department of Energy and Natural Resources and $76,000 from Gaz Metro.

"We are making significant efforts to support the development of new sources of clean energy, and to encourage the business community to employ these innovative energy-producing technologies," Pierre Arcand, Quebec's Minister of Energy and Natural Resources, said during the project's inauguration.

According to Jacques-Alexandre Fortin, director of research and development at Rackam, Canada has numerous incentives that can apply to industrial CSP, most of which concern reductions in CO2 emissions.

"All our projects in Canada have benefitted from government incentives. Since the technology is relatively new, we also have access to incentive programs that involve research and development, which allow us to partly implement projects," Fortin told CSP Today. "This is the case with our solar cooling project using an ejector here in Quebec. We're aiming at 50% project cost financing at the provincial level for this one."

"Energy costs are so low in Canada that solar technology has a hard time fitting in the low payback expectations from industrials, and shale gas doesn't help, driving natural gas costs down even further."

The situation explains why Rackam is expanding its focus to international development – to regions where energy prices are higher and where modular solar solutions are required for thermal energy needs.

Indeed, many countries with abundant sunshine are burdened with high energy prices. In El Salvador, for instance, where diesel generates 41% of all electricity and the price is roughly $0.20/kWh, a strong business case exists for solar thermal.

Although the new energy efficiency law is still under discussion, several hotels and hospitals in the Central American nation have already invested in CST systems, proving the enormous potential of this geographically small market.

Evidently, there is no shortage of incentives in major solar markets; however, it is important to remember that such schemes are short-lived, declining as installation milestones are met. Whether the goal is to reduce carbon emissions or increase energy security, the biggest impact will be made when incentives lead to permanent market shifts.