Six companies have bid on Duba 1’s solar field, while the RFP for Waad Al Shamaal is expected to be released this year. 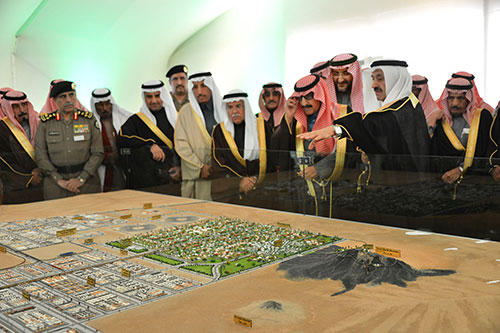 Much has happened since Expressions of Interest (EOI) were requested for Saudi Arabia’s Duba 1 project last July.

Saudi Electricity Company had invited companies to bid on the Engineering, Procurement and Construction (EPC) of the 550 MW Integrated Solar Combined Cycle (ISCC) plant, which will integrate a 50 MW CSP unit and will be developed on a lump-sum turnkey basis.

Saudi Arabia’s National Contracting Company, Alfanar, and Al-Toukhi, as well as Turkey’s Gama Enerji and Spain’s Abener, all bid on the EPC of the ISCC system.

On the other hand, Novatec and Flagsol from Germany, TSK, Abengoa and Elecnor from Spain, and Solar Euromed from France, expressed interest in constructing the solar field.

“Saudi Electricity Company has already met with the companies individually and the final technical and commercial bids are expected by March or April 2015. General Electric (GE) has also attended all of the meetings,” an industry insider told CSP Today.

A range of technologies

GE was selected earlier this month to supply the engineering equipment package for the combined-cycle plant, which includes gas and steam turbines, generators, and boiler feed pumps, while the remaining balance of the plant, solar field, civil works, erection, and commissioning will be tendered separately by Saudi Electricity Company.

As previously reported by CSP Today, the technology choice was left open in the EOI request for Duba 1. This encouraged linear Fresnel, parabolic trough and CSP tower providers to come forward.

Given that most of the competing developers have worked on Middle East projects and that several of them have experience with ISCC systems, competition is expected be fierce.

Meanwhile, SEC’s 1,000 MW Waad Al-Shamal ISCC has been moving as planned. Like Duba 1, it will integrate a 50 MW solar field and will be tendered on a lump sum turnkey basis.

The aim is to use the power plant to feed a phosphate-mining project that Saudi Arabian Mining Company (Maaden) is developing for Waad al Shamal Mining City.

An informed source said that Saudi Electricity Company has already released the Request for Proposals for Waad Al Shamal ISCC along with the specifications.

“The bidders are now clarifying some items with SEC before submitting their final technical and commercial bids, expected to be in mid-2015”.

According to Steven Meyers, researcher at the University of Kassel in the Institute of Thermal Energy Engineering – with a special focus on solar heat integration into industrial processes – successful completion of these projects is very important for the growth of the CSP industry.

“An underperforming plant in a large market, such as the MENA region, would cast doubt on the technology and fewer countries would be willing to invest.” The logic behind building ISCC plants, he says, lies in the increased fuel efficiency, shared facility infrastructure, and decreased risk.

“I believe that implementing ISCC power plants before standalone CSP plants is a risk-reducing step toward beginning to build a larger solar thermal energy portfolio.”

K.A.CARE recently revealed a revised renewable energy strategy that targets 30 GW of renewable energy by 2040, instead of 54 GW by 2032. However, numbers hold little meaning at this point of time, especially after the overambitious plans originally announced and the delays that followed.

The new targets were revealed by Dr. Maher Alodan, head of research, development and innovation at K.A.CARE, during the International Renewable Energy Agency’s fourth annual assembly in Abu Dhabi this week.

Despite CSP’s slow take-off in Saudi Arabia, local stakeholders believe that 30 GW of renewable energy is still a considerable capacity to aim for.

“Those projects (Duba 1 and Waad Al Shamal) have been around for two years but the good news is that they’re moving forward,” says Browning Rockwell, founder of the Saudi Arabia Solar Industry Association and the Solar GCC Alliance.

“They’re combined cycles so they are part of the national energy mix. But in a market that’s been very focused on deploying PV, I don’t see massive CSP plants coming online. I think what we’re going to see are very specialized CSP applications.”