CSP: Too hot to handle for oil & gas players?

Over the past decade, many companies whose core business was in the oil and gas have attempted, with varying degree of success, to invest in other types of energy or different businesses altogether. But how have these investment forays affected CSP? 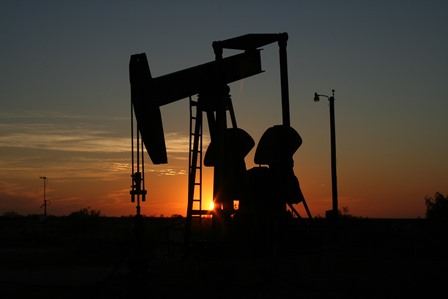 It is important to ask why successful companies, which are leaders in their respective businesses, take on renewable interests – just to divest or write them off thereafter? Careful analyses reveal three issues: firstly, large companies in the oil and gas industry find it difficult to buck the trend, particularly when shareholders press the managements to 'keep up with the Joneses'.

Royal Dutch Shell, at one point in time, was the world's largest private owner of forests, and had investments in both solar and wind. But all were eventually abandoned – the company left the forestry business in 2003, sold off its solar business in 2006, and withdrew from the London Array offshore wind farm in 2008.

Likewise, BP played in the field of renewable energy for some time. Despite investing heavily in its "Beyond Petroleum" campaign between 2000 and 2007, the company eventually exited the solar PV business in 2011. Two years later, BP sold off its US$3.1 billion U.S. wind energy business, "as part of a continuing effort to become a more focused oil and gas company", according to BP spokesperson Mark Salt.

Meanwhile, Siemens, Europe's biggest engineering company, winded down its CSP business in 2012, reporting losses of US$ 1 billion on its solar activities. The unit included Israel-based Solel Solar Systems and a significant stake in Italian parabolic trough developer Archimede Solar Energy. In the same year, the company said that the oil and gas business was growing within Siemens' Energy Sector and was expected to keep pace with global energy demand.

The events that prompted Siemens' exit from solar are not too different from the ones that took place at Areva. Although not an oil and gas firm, it is the world's largest nuclear power company, created by absorbing the nuclear business line of Siemens. After reporting losses of €373 million in the first half of 2014, the group said it would terminate loss-making operations, such as concentrated solar power.

The renewable energy industry reacted harshly, as though betrayed. A hydrogen-power proponent remarked: "The solar part was just green washing from the beginning", citing Areva's 2013 sales figures, which show negligible profits from renewable energy, below 1%. "Areva is now skipping it, as many companies have done, like Siemens, Alstom ABB and GE. They all have/had similar green washing activities. The huge CSP installations, if any, are a detour," he said.

The similarity is telling: a successful company attempts to enter into a new sector, based on its perceived potential, but ultimately leaves after significant losses.

Not long before Areva's announcement, American oil and gas giant Chevron decided to shelve its proposed solar pilot project at its Kapolei refinery in Hawaii, shifting focus onto other projects, such as the US$ 54 billion Australian liquefied natural gas facility. The project proposal comprised a 1 MW PV farm and a solar thermal plant, the latter which would be utilized to offset the fossil fuels burnt to generate heat and steam for the refinery.

Chevron said at the time of announcing the project that it was going to enable increased efficiency at the refinery. It then filed a final environmental assessment and was given the green light by the Honolulu's Department of Planning and Permitting as no significant impact was found.

In April, a company spokesperson told CSP Today that the project, after thorough analysis, was placed "on indefinite hold", without identifying reasons. Last year, however, Fereidun Fesharaki, senior fellow at the East-West Center in Honolulu, predicted that Chevron would be closing the entire refinery by 2015, which is now the only oil refinery left in Hawaii after the shutdown of the Tesoro refinery.

The oil expert said that the U.S. Environmental Protection Agency rules starting in 2015 will make it impossible to use fuel oil in power generation. Could this be the reason for Chevron's shelving of the solar projects?

Still, it wouldn't explain the company's decision to sell its clean energy subsidiary, as announced this week. Chevron Energy Solutions was sold to California-based OpTerra Energy Services for an undisclosed amount, as "part of an internal strategic focus on supporting Chevron’s upstream and downstream businesses".

In Saudi Arabia, another oil giant is gearing up to establish itself as a diverse energy company with significant interest in solar energy. Saudi Aramco has already commissioned several small-scale PV and CPV plants, and has been seeking utility-scale PV engineers and project developers. It has also been assessing the performance of various solar technologies at its Dhahran solar test field.

Not long ago, however, Saudi Aramco seemed to be bucking the trend of branching out into renewable energy. In an interview with Forbes back in 2010, Khalid Al Falih, president and CEO of Aramco, cautioned that wind, solar and other renewables were starting from such a small base and needed "trillions in investment". No matter how fast alternative energy sources grow, he said, in 20 years, the world will still get 80% of its energy from fossil fuels.

Chairman of Royal Dutch Shell, Jorma Ollila, shared a similar outlook in the company's 2012 annual report, stating that although renewable sources could provide about 30% of the world’s energy by 2050, "fossil fuels are still likely to meet about two-thirds of energy demand".

Recently though, things seem to be changing within the Saudi oil giant. As previously reported in CSP Today, the company has been discussing plans with Saudi Electricity Company to replace as much as 300 MW of diesel generation in offgrid locations with solar PV.

Despite the previous losses of US$240 million that Aramco incurred due to the 2012 insolvency of Korean polysilicon manufacturer Hankook Silicon – in which Aramco Overseas had a 33.5% stake – the company has repeatedly expressed interest in solar power. How much solar, though, is the question.

Massive cost reductions in the solar arena have of course taken place since then, but could this have impacted Aramco's underlying vision?

While Aramco is engaged in what it does best – securing energy sources for domestic consumption and export – the concern is that the national oil company has been involved in almost every aspect of the conventional energy industry.

Saudi Aramco has also been busy with other diverse undertakings, such as building a university, sports complexes, economic cities, petrochemical mega-projects, as well as managing the Jeddah rain and flood water projects. In Saudi Arabia, Aramco is in a league of its own.

"Saudi Aramco's entry into the alternative energy business, where their innate comparative advantage, namely, inexpensive-to-produce hydrocarbons, is non-existent, will cause two things," an industry insider who preferred to remain anonymous told CSP Today.

"First, it will eliminate competition in renewable energy as Saudi Aramco does not accept to be part of competitive processes, and, second, it will very likely end the way other similar companies ended their peripheral investments".

The million-dollar question is not whether Saudi Aramco will move aggressively into renewable energy, such as PV, CSP and wind, but whether its interest in renewable energy will end the same way similar interests of similar companies ended, and what that would spell, then, for renewable energy in Saudi Arabia.

Astonishingly, while the oil industry moves away from renewable energy, other industries are embracing it.
US electric firms are choosing to build solar farms instead of gas super-peaking plants; Canada's Cascades is employing CSP at its paper mill to reduce natural gas consumption; and Italy's Pirelli, the world’s fifth-largest tyre manufacturer, is connecting a CSP plant to its tyre factory in Brazil.

According to a recently released report by Citigroup, growth in global oil demand will continue through the end of this decade, but it will be at a "much diminished rate". In contrast, global solar growth is set to continue for the long term, driven by improving economics against fossil fuels.

Solar energy already competes in many parts of the world on pure economics, it said, having reaching grid parity with residential electricity prices in Germany, Italy, Spain, Portugal, Australia and the U.S. Southwest. The report forecasts that grid-parity will be attained by Japan in 2014-2016, South Korea 2016-2020, and even by the UK in 2018-2021.