Recent progress in China's first commercial-scale CSP project and the soon-to-be-announced feed-in-tariffs have set the industry’s wheels in motion. But is China ready to meet its own CSP targets? 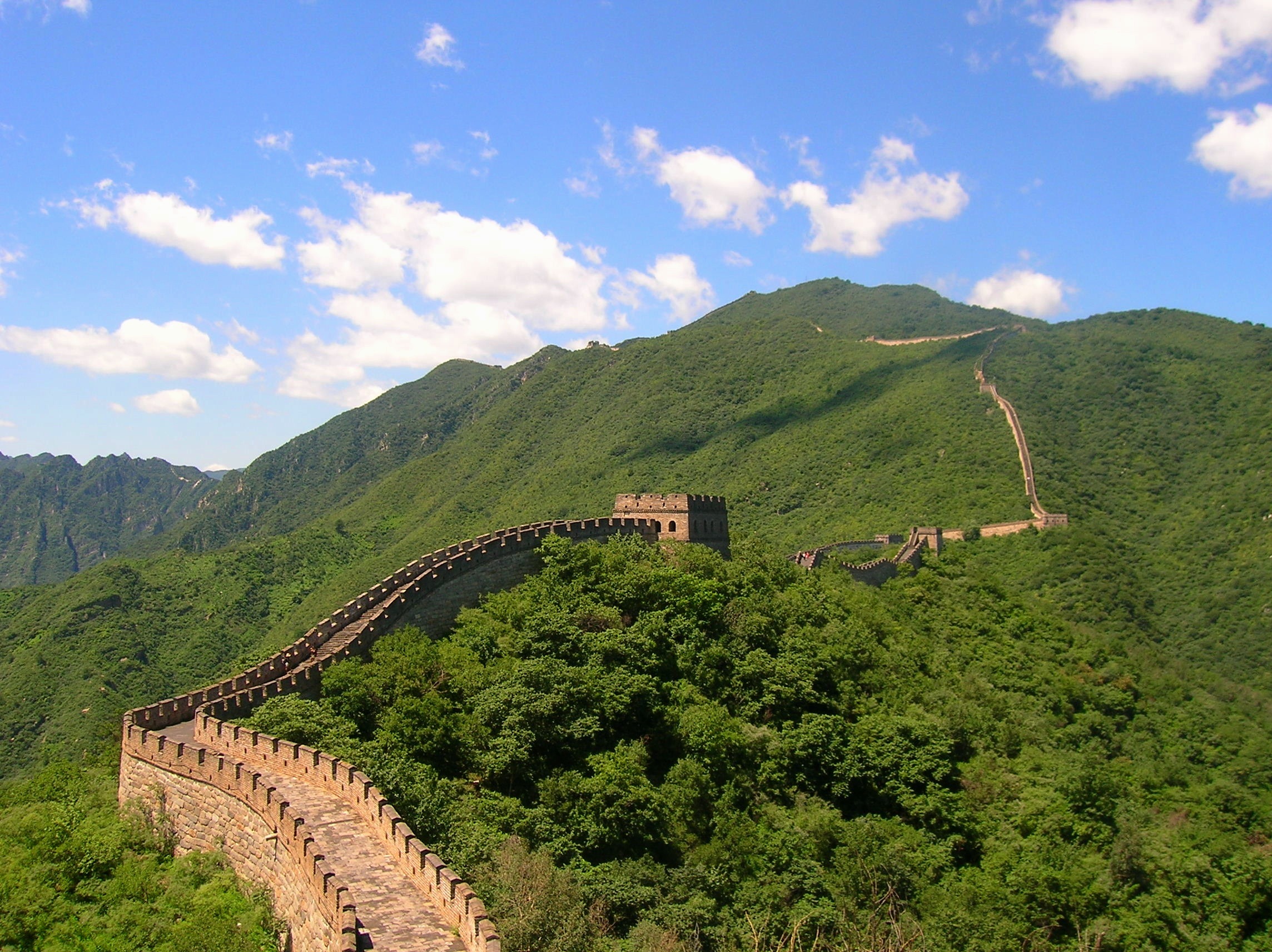 High DNI levels, vast deserts and low-cost components make China an attractive destination for CSP development. An area like the Qinghai province in the western part of China, for example, receives around 2,100 kWh/m²/year of rich solar irradiation, according to the Asian Development Bank (ADB).

Qinghai is in fact home to the China's first commercial-scale CSP project, which recently moved into construction. The 50 MW Qinghai Delingha parabolic trough plant is being funded with a US$150 million loan from ADB, US$96.68 million from the project developer China General Nuclear Power Group (CGN) as equity contribution, and US$75.58 million from China-Exim Bank as a domestic loan.

While ADB's loan will be used for the procurement of equipment and materials, among other costs, the equity contribution and domestic loan will finance civil works, engineering services, land acquisition and other costs not funded by ADB.

Land levelling is expected to be completed by November this year, and the project is expected to come online in late 2017, although construction should be finished by the end of 2016.

"We are very confident because we signed a contract with ADB. We have already prepared the land and are making our preliminary design document," Han Qinghao, General Manager of China General Nuclear Solar Energy Development Corp, told CSP Today.

Such goods and works could include solar field and power block equipment, thermal energy storage, and heat transfer fluid.

On the other hand, goods contract packages valued between US$100,000 and US$1 million, as well as civil works contracts costing between US$100,00 and US$10 million, will be procured using national competitive bidding. Civil works, power generation system, and auxiliary equipment of the solar field and storage will likely come under this category.

According to the CSP Today Global Tracker, China has an impressive pipeline of projects, including 103 MW under construction; 284 in planning; 220 MW under development; and 3.5 MW in operation. In addition, there is over 1 GW of CSP plants still in the conceptual stages in China.

The pipeline includes the 50 MW Gansu parabolic trough project in Jinta County, which ADB plans to fund with US$550,000 in technical assistance support. "This is still in due diligence stages. I think ADB approval will happen sometime next year," notes Yamamura.

In addition, ADB plans to fund the 50 MW parabolic trough CSP project in Erdos, Inner Mongolia, which will incorporate a four-hour thermal energy storage. Approval is also expected in 2015.

For this project, the developer China Datang Corporation Renewable Powerhad proposed an over-ambitious tariff of 0.97 CNY/kWh (US$ 0.16/kWh), and has since been renegotiating its adjustment with the government.

"Datang's Erdos project was awarded a Feed-in-Tariff (FiT) at below US$0.16/kWh in 2011. That was when China first grabbed the attention of foreign CSP companies," says Wang Zhen, director of business development at China-based Rayspower Energy Group.

"But people have to admit it was wrong without sufficient understanding of CSP. Three years later, we cannot make the same mistake again".

Rayspower was recently awarded a contract to supply parabolic mirrors for the YanQing 863 Parabolic CSP Platform, which CGN is also a partner on. The project will serve as a test field for the 50 MW Qinghai Delingha project.

Progress on China's CSP projects seems to largely hinge on the awaited announcement of the FiTs, which will apply for demonstration projects. "Companies that are interested in developing CSP in China are waiting for the FiT announcement, which is expected to be unveiled this year," highlights Yamamura.

The anticipated announcement was scheduled to be made by the end of the second quarter (June); however, it is yet to be released.

"Currently, all the projects are in the early stages due to the lack of official FiTs. We prepared several projects in different provinces, especially in the western part of China because that's where irradiation is suitable for CSP, as well as Inner Mongolia, but it will depend on the tariff. If it is appropriate then we will move forward," notesQinghao.

According to Zhen, the FiT will most likely range from 1.20 CNY/kWh to 1.25 CNY/kWh ($ 0.196–$0.204) for CSP demonstration plants, during when each individual company can bid for only two projects.

"This FiT is based on the costs of Supcon's Delingha project, but this is a project without thermal energy storage and with a high level of natural gas burning. Although the local CSP sector believes this FiT is not ideal, its issuance is of great significance to the development of CSP in China," highlights Zhen.

During a workshop last year between potential Chinese developers and the government, CGN had proposed a plant-by-plant pricing for pilot projects, but the government wasn't keen on this option, indicating that a blanket tariff would be applied across all pilot projects, as was the case with Spain.

Zhen, however, suggests otherwise. "At present, the regulators have not yet fully grasped the cost of commercial CSP plants, so a FiT for subsequent demonstration projects will be decided on a project-basis. It means that there might not be a unified FiT".

The recent progress made in the Qinghai CSP plant and the anticipated FiTs could finally spur on movement in an emerging CSP market that has already attracted foreign developers.

"Some international giants like Abengoa have already come to China. My guess is that the company wants to develop CSP projects on its own, but I don't think the Chinese government will agree," states Daniel Hui, sales engineer at Himin Solar Company, which is building China's first Fresnel CSP plant; a 2.5 MW project in Himin Solar Valley.

"It should either be a market-technology transaction, or a one-sided compromise," he adds. Last year, U.S. developer BrightSource also said it was entering the Chinese market, although it is not clear whether any progress has been made since.

"For foreign companies eyeing China's CSP sector, the road may not be easy," Zhen cautions. "You need a lot of knowledge of the market, its culture, regulations, and way of doing business. Local companies' competitive abilities cannot be underestimated – CGN Solar recently launched the bidding for the basic design of its 50 MW parabolic trough plant".

"My personal suggestion for companies that are determined to benefit from CSP opportunities in China, is to establish enough local presence through a local office or reliable partnership with local firms at an early stage".

According to Qinghao of CGN,there is room for foreign players but in certain scopes, such as in the supply of receiver tubes or in the provision of technology, licenses and designs.

"We cooperate with Spanish companies, for example, and they provide us with designs in our projects. However, it might be difficult (for foreign companies) to work as EPC contractors because it will be too expensive".

China's installed power capacity has remarkably expanded over the past five years, by as much as 70%. But it has mostly been generated through coal-fired power plants.

"I believe that the target of 1 GW by 2015 is unachievable. There is still a long way for Chinese companies to learn about the technologies," admits Hui. "In 2011-2012, many groups announced they were developing CSP projects, but two years have passed, and none of them really started, except the two projects at Delingha. They underestimated the difficulties."

Voicing a similar point of view, Zhen states that the installation of 1 GW is not realistic any more China's new target, he says, is to approve 1 GW of CSP projects in 2014, which is "very exciting".

"Since the first quarter of 2014 until today, regulators have held one to two meetings about CSP every month. The new Chinese government attaches great importance to the administrative efficiency. I believe within 2014, the supporting regulations for CSP will hit the ground".

Zhen adds that China's state-owned energy enterprises have been actively looking for suitable lands for the development of more CSP plants.

From a technical perspective, the potential for CSP in China is huge, given that DNI levels exceed 2,000 kWh/m² in the country's western parts. Under such solar radiation, CSP installations could generate more than 51,000 terawatt-hour (TWh) of electricity per year according to ADB, compared to the country's total electricity generation of 5,425.1TWhin 2013.

However, utility-scale CSP remains at the early stage of development in China for a variety of reasons, including limited hands-on experience with the technology, extreme cold climate in some areas, water scarcity in high-DNI locations, and insufficient tariff support.

Moreover, many of the suitable sites for CSP are within a long distance from population centres. For instance, Gansu, Inner Mongolia, Qinghai, Xizang and Xinjiang, have good solar resources for CSP development, but all of them are far from end users and are relatively underdeveloped.

These factors have collectively slowed investment in CSP. "The tariff is the biggest challenge facing CSP development in China, because the government doesn’t want to give very high tariffs," highlights Qinghao.

"The second challenge is the weather conditions. The parabolic trough, which is a mature technology, has been used in California, Spain and India – not in cold weather like China’s western part, where temperatures can go down to -30 degrees Celsius".

A third challenge, he adds, is the experience. "CSP is very different from PV because you need high technology, skilled people and the devices are optical, so you need very accurate construction skills".

"People are now looking at how Qinghai plant will go," notes Qinghao. "Once the government reveals the tariff and if it sufficiently reasonable for potential domestic developers, we can expect a certain investment drive".