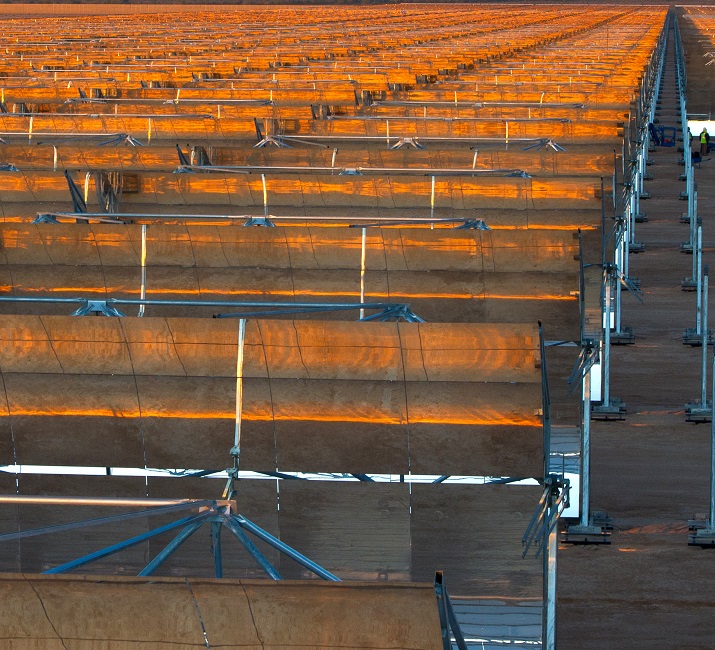 The Termollano plant was commissioned in 2009 and Ence purchased the plant from power utility Iberdrola in late 2018 as part of a strategy to diversify into new renewable energy technologies.

The O&M deal represents Abengoa's first full-scope maintenance contract for a plant it has not built and is extendable for up to 13 years, the end of the plant's 25-year subsidy.

Abengoa already operates 15 of CSP plants in Spain for a combined capacity of 731 MW. For these plants, Abengoa performed installation and supplied core technology. In total, Spain operates 49 plants for a capacity of 2.3 GW with the last plants commissioned in 2013. 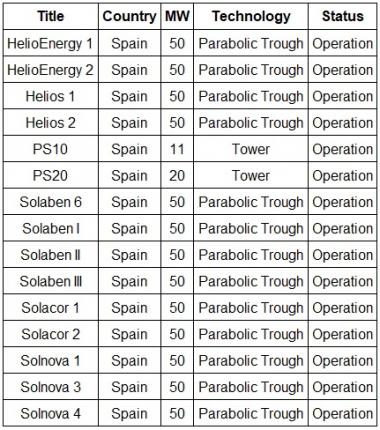 New types of owners with different investment priorities and diversification strategies, combined with an expected wave of new projects, are set to open up third-party O&M opportunities.

“We think the O&M market for third parties will grow in the near future," Alberto Vergara, CEO of Services at Abengoa, told New Energy Update.

Plant owners are turning to third-party companies to manage their O&M, “allowing them to focus on diversification, returns and scale,” he said.

Operating costs will become increasingly important for asset owners looking to compete against other generation types. As subsidies expire, plants will be increasingly exposed to wholesale market prices.

The average O&M cost for CSP plants in 2018 was around $20/MWh-$30/MWh for parabolic trough plants and $30/MWh-$40/MWh for tower plants, according to a report published by the International Renewable Energy Agency (IRENA) in May 2019.

Costs are forecast to fall in the coming years as operational learnings boost performance and reduce costs. In the more mature PV and wind markets, O&M prices have fallen as operators seek a competitive edge following sharp drops in technology prices. 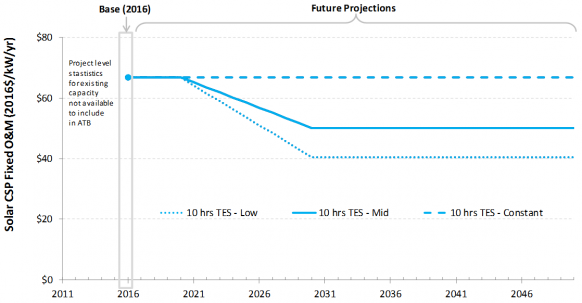 There are already signs that CSP O&M efficiency is improving. Last year, Spain's CSP power output rose by 16.8% to 5.2 GWh, some 3.8% higher than the average for the last five years, according to figures from industry group Protermo Solar.

Indeed, when Yieldco Contour-Global acquired Termosolar’s 250 MW Spanish CSP portfolio in early 2018, it brought O&M in-house, indicating this would reduce fixed costs by 15% per annum from Year 3. Later in 2018, ContourGlobal sold a 49% stake in the portfolio to Credit Suisse Energy Infrastructure Partners.

Abengoa will look to boost performance at Termollano "in terms of production, availability, cost cuts and reliability,” Vergara said.

"It [is] also common to have a scheme of shared profits related to that, for example bonus/malus from a defined annual production threshold,” Lara said.

Abengoa benefits from a pool of specialist staff and a wealth operational CSP experience and data which it can use to implement predictive and preventative maintenance strategies. Outside Spain, Abengoa has provided O&M services to the 280 MW Solana plant in the U.S., the 100 MW Shams-1 plant in UAE and the Kaxu, Khi and Xina Solar One plants in South Africa.

The performance guarantee for Xina Solar One is based on output values weighted according to the time of day, a first for the CSP industry, according to Abengoa.

The group's large CSP footprint in Spain also allows it to use centralized control and spare parts networks to improve maintenance efficiency and reduce downtime.

“Abengoa's centralized maintenance area plays a very important role in improving our services for the optimal operation of our client’s plants,” Vergara said.

Abengoa's third-party O&M contract comes as investors with little or no experience of CSP development enter the market.

Institutional investors are increasingly looking to renewable energy projects to diversify their portfolios and improve their green credentials. Performance-linked O&M contracts are important to investors seeking long-term returns on investment.

The acquisition expanded Cubico's Spanish CSP portfolio to 150 MW following its purchase of the 50 MW Andasol 1 and 50 MW Andasol 2 plants and is the latest in a series of CSP plant resales in Spain.

Industrial group Ence Energia is also using CSP investments to diversify its power generation portfolio. The group operates around 400 MW of biomass, 50 MW of CSP and plans a series of investments in biomass, CSP and PV assets through 2023.

Spain's CSP capacity came online between 2007 and 2013 and most plants are now around halfway through their initial 25-year subsidy term.

As component degrade with age, this will increase the importance of O&M efficiency. Many plant owners will also want to operate beyond their original guaranteed payment periods, exposing them to wholesale market risks.

“In these cases, we will probably see tailor-made services to help operators match expected production,” he said.

Spain could also be on the verge of a wave of new CSP projects, significantly expanding the market for O&M services.

Spain aims to double its CSP capacity to 4.8 GW by 2025 as part of a major new renewables drive, according to the government's latest Integrated National Energy and Climate Plan (PNIEC).

“This growth is expected to result in new O&M opportunities,” Vergara said.

The government is reportedly preparing new tender frameworks for greenfield CSP which could place a greater importance on operational performance.

According to El Pais newspaper, the government is likely to call for bids based on MWh of output, rather than on MW of plant capacity as used in the previous subsidy program.

Now used widely in renewable energy tenders, the focus on MWh’s places greater importance on the levelized cost of energy (LCOE) across the full life of the plant. This makes plant lifespans, as well as performance, a key profit driver.