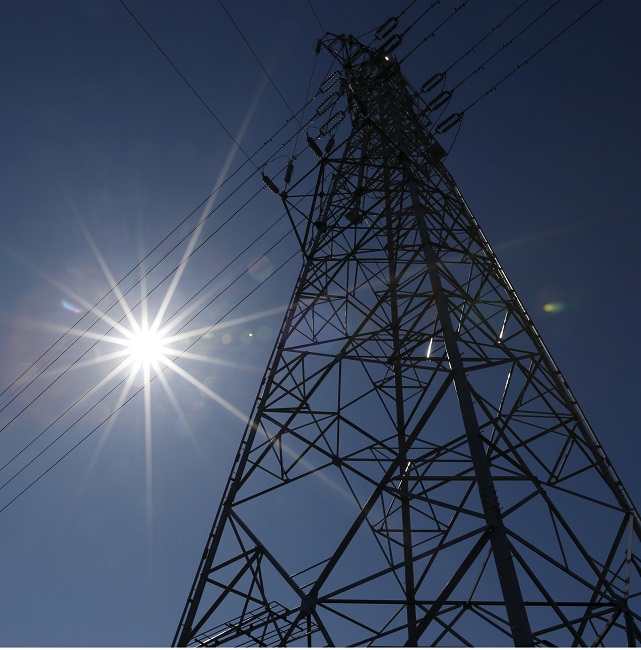 New legislation that would accelerate permitting of power transmission for solar and wind projects was pulled from a government funding bill agreed by the U.S. Senate on September 27.

Senator Joe Manchin released the permitting bill on September 21 but pulled it from the funding bill needed to avoid a government shutdown following strong opposition from Republicans and Democrats. The Republicans want more support for fossil fuels while progressive Democrats want better protection of environmental laws.

Permitting delays and grid connection costs are holding back solar and wind growth. The bill would require President Biden to designate 25 energy projects of strategic national importance for speedy federal review and sets a two-year target for environmental reviews that need to be completed by more than one federal agency. The bill also requires the Federal Energy Regulatory Commission (FERC) to ensure project costs are allocated to customers that benefit. It also requires the federal government to issue permits for Equitrans Midstream Corp's long-delayed $6.6 billion Mountain Valley gas pipeline between West Virginia and Virginia.

The bill followed a compromise between Manchin and Senate Majority Leader Chuck Schumer to secure the West Virginian's support for the Inflation Reduction Act (IRA).

The IRA includes $369 billion of spending measures for climate and energy security and was signed into law last month. The act extends tax credits for solar and wind for the next ten years and allows stand-alone storage projects to qualify for the first time. The measures could hike annual utility-scale solar installations to 49 GW by 2025, five times higher than in 2020, and growth rates would continue to increase thereafter, Princeton University said in a special report.

"The U.S. electric grid is simply not equipped to handle the significant volume of clean energy that is going to be deployed in the next decade after passage of the Inflation Reduction Act," the U.S. Solar Energy Industry Association said. "The [bill] proposal from Senator Manchin takes important steps to reform processes that will be critical to the growth of clean energy."

The European Union executive has unveiled plans to limit revenues from solar, wind and nuclear power generation to 180 euros/MWh ($180/MWh) until March.

The move caps revenues at less than half the current market prices, but far above the running costs of most generators affected, the European Commission (EC) said on September 14.

The EU is looking to curb the impact of soaring gas prices on electricity markets following Russia's invasion of Ukraine.

Under the scheme, excess revenues would be clawed back from power generators by national authorities and spent on measures that mitigate soaring prices, such as energy efficiency incentives, or lower energy bills. The proposal would raise 117 billion euros, the EC said.

The cap applies to long-term commercial power purchase agreements (PPAs) that are affected by current wholesale prices but does not apply to revenues made from government subsidy schemes such as the contracts for difference (CFDs) often used for renewable energy projects. Recent long-term solar and wind contracts and subsidies have been signed at prices far below 180 euros/MWh following years of cost reductions in solar and wind technology.

National governments would be permitted to impose a lower national limit on revenues if it sufficiently covers costs and does not deter investments, the EC said, a move opposed by industry group WindEurope.

“Investors need visibility. So an EU-wide cap on revenues from wind should be precisely that – a single EU-wide cap," said WindEurope CEO Giles Dickson. "Allowing countries to deviate from it and have lower caps creates confusion and uncertainty – and will slow down the investments we so badly need."

The EU's proposals also include a binding target to decrease electricity demand during peak hours by at least 5%.

EU member states will negotiate the measures and an agreement could be struck by energy ministers on September 30. The UK will cap wholesale electricity and gas costs for businesses at less than half the market rate this winter to protect companies from soaring wholesale market prices, the government announced September 21.

Electricity prices will be capped at around 211 pounds/MWh ($239/MWh) and gas at 75 pounds/MWh, compared to forecast market rates of 600 pounds/MWh and 180 pounds/MWh respectively.

Suppliers will be compensated for the reduction in unit prices they are passing on to business customers.

On September 8, new British Prime Minister Liz Truss announced annual household energy bills would be frozen at 2,500 pounds this winter, based on typical use, far lower than the 3,549 pounds expected in October under current consumer price regulation.

The UK government has responded by partially subsidising customer bills rather than clawing back revenues from electricity generators and gas suppliers.