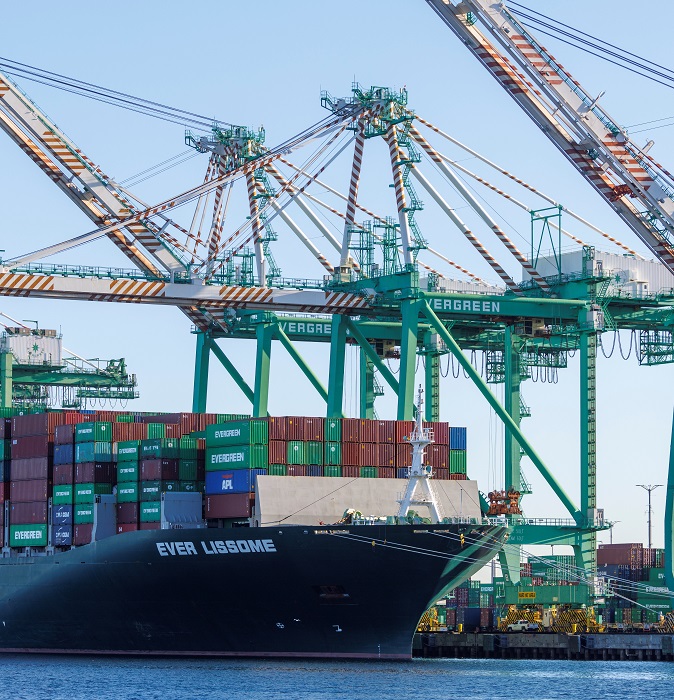 The U.S. will impose new duties on imports from some Chinese solar panel manufacturers after the commerce department ruled they had tried to dodge tariffs by finishing products in Southeast Asian countries.

The preliminary ruling means from June 2024 products from units of BYD, Trina Solar, Longi Green Energy Technology and Canadian Solar that are made in Malaysia, Cambodia, Thailand and Vietnam will face the same tariffs imposed on Chinese products. The four Southeast Asian countries supply most of the modules installed in the U.S. and producers including New East Solar, Hanwha Q CELLS, Jinko Solar and Boviet Solar were found not to be dodging the tariffs, the commerce department said. Other companies will have the ability to pursue a certification process to show that they are not circumventing tariffs.

The tariff probe led to huge market uncertainty in the U.S., delaying projects and curbing investments. President Biden waived the duties on the four countries for two years until 2024 to ease the concerns of developers.

SEIA has warned that tariffs on products from the Southeast Asian countries will hold back solar growth that is crucial to meeting President Biden's goal of a decarbonised power sector by 2035.

"The only good news here is that Commerce didn’t target all imports from the subject countries," Abigail Ross Hopper, CEO of SEIA, said in a statement.

"Nonetheless, this decision will strand billions of dollars’ worth of American clean energy investments and result in the significant loss of good-paying, American, clean energy jobs."

Tax incentives in Biden's inflation reduction act (IRA) are set to accelerate solar and wind activity but developers currently face ongoing global inflation and supply chain challenges and additional delivery delays due to a U.S. ban on products from the Chinese province of Xinjiang under the Forced Labor Prevention Act (UFLPA).

Xinjiang produces 50% of the world's polysilicon and more than 1,000 shipments of solar components worth hundreds of millions of dollars have piled up at U.S. ports since June due to the ban, Reuters reported November 11, citing federal customs officials and industry sources.

China's securities regulator has approved the launch of industrial silicon futures and options contracts on the Guangzhou Futures Exchange.

Silicon is the most common semiconductor material used in solar cells and China is the world's largest producer with an annual capacity of around 5 million tonnes.

The futures contracts could help reduce price volatility in silicon. Prices have soared due to rising demand from the solar industry and much of the increase has been absorbed by manufacturers of solar wafers, cells and modules.

The Guangzhou Futures Exchange was set up last year to focus on new energy materials like lithium and rare earths.

The U.S. will look to adapt the recently-passed inflation reduction act (IRA) that provides tax incentives to solar and wind to ensure European countries can participate, President Joe Biden said in a joint press conference with French President Emmanuel Macron at the White House.

"There are tweaks that we can make that can fundamentally make it easier for European countries to participate and/or be on their own," Biden said.

Solar and wind is set to surge in the U.S. and EU in the coming years as state authorities race to reduce carbon emissions and strengthen energy security. "We're going to continue to create manufacturing jobs in America but not at the expense of Europe," Biden said.

The Czech Republic, holders of the European Union presidency, proposed an EU gas price cap at 220 euros/MWh after EU members failed to agree a higher cap of 275 euros/MWh.

EU energy ministers met on November 24 but failed to agree the higher cap with some countries arguing it is too high to be effective and others opposing an EU-wide cap. The European Commission (EC) proposed the cap for one year from January 1 in a bid to curb soaring gas prices that have driven up gas and electricity bills following Russia's invasion of Ukraine.

Late on December 5, the Czech Republic proposed the cap would be implemented if prices exceeded 220 euros/MWh for five days on the front-month contract in the benchmark Dutch Title Transfer Facility (TTF) gas hub, according to the proposal seen by Reuters. The TTF price also would also need to be 35 euros higher than a reference price for liquified natural gas (LNG) for the cap to be triggered.

Under the earlier proposal, the cap would have been triggered if prices had exceeded 275 euros/MWh for two weeks and at the same time the prices are 58 euros higher than the LNG reference price for 10 consecutive trading days. Countries supporting a cap criticised that price level as too high, saying it would not have curbed soaring prices last August when month-ahead TTF prices approached 314 euros/MWh on August 26 and stayed above 225 euros/MWh for two weeks in a row.

EU energy ministers are scheduled to meet on December 13 to discuss the gas proposals further. Some EU diplomats told Reuters that countries' positions had not shifted and another meeting may be needed on December 19.

European Union countries have agreed in principle to implement emergency rules that accelerate permitting of solar and wind projects but energy ministers held off on formal approval due to ongoing disagreement between EU members over a proposed cap on gas prices, EU diplomats said November 24. Together, the measures aim to strengthen energy security and curb soaring energy prices following Russia's invasion of Ukraine and will be debated further by EU ministers on December 13.

Delays in environmental permitting and grid connections have slowed solar and wind growth. Permitting can take several years due to complex administrative processes and a lack of resources at approval authorities.

The emergency regulations define solar and wind as projects of overriding public interest and clarify the environmental and grid permit deadlines that approval authorities must meet within two years. The burden of proof for environmental protection is shifted from developers to public agencies and developers can use a wider range of measures to protect endangered species. Shorter approval deadlines for repowering projects will aid developers upgrading existing sites.

Solar and wind groups have warned the permitting measures must include projects already awaiting approvals as an earlier proposal omitting them would slow Europe's dash towards energy independence.

Germany to apply windfall tax on power profits from December

The German government plans to implement a windfall tax on renewable energy generators from December 1, scrapping an initial plan to impose the levy retroactively from September, the economy ministry said November 25. The levy will expire at the end of April 2024, the ministry said.

The levy will skim 90% of solar and wind profits realised above 130 euros/MWh ($137/MWh) and reallocate funds towards subsidising customer bills or investing in power transmission, an earlier proposal showed.

The levy, which must be reviewed by EU authorities, could be passed by Germany's parliament in December, Reuters reported.

EU countries have agreed to limit revenues from non-fossil fuel power plants to 180 euros/MWh from December until the end of June. They have also allowed national governments to impose a lower revenue cap if it sufficiently covers generation costs.

The UK will impose a 45% windfall tax on solar and wind profits above 75 pounds/MWh ($92/MWh, 87 euros/MWh) from January until March 2028, the government said November 17. Revenues from state-backed contract for differences (CFDs), which underpin most UK offshore wind projects and many onshore assets, will not be subject to the tax.

UK finance minister Jeremy Hunt unveiled plans to increase a windfall tax on oil and gas companies and extend it to power generation firms as the government looks to raise finance to reduce the national deficit. European governments have spent billions to protect consumers from soaring gas and power prices  following Russia's invasion of Ukraine.

In September, European Union energy ministers agreed to limit revenues from solar, wind and nuclear power generation to 180 euros/MWh from December until the end of June. Many EU members are imposing lower price caps at a national level to help pay for subsidies to consumers.

"Any new tax should have focused on large, unexpected windfalls right across the energy sector, instead profits at fossil fuel plants are inexplicably exempted from the levy," RenewableUK said. "Many renewable generators are on long-term, fixed price contracts and most others sold their power for this winter over a year ago, so they haven't been making excess profits."

Operators in Texas, SERC-East and southern parts of the MISO network risk a significant number of forced generator outages in extreme and prolonged cold temperatures as many assets are not designed for such conditions, NERC said.

Winter storm Uri in February 2021 cut the supply of wind, gas, coal and nuclear power and left over 4 million Texans without power. As supplies froze, the Electric Reliability Commission of Texas (ERCOT) implemented coordinated blackouts and raised power prices to $9,000/MWh - around 400 times the average level - to encourage generators to stay online. The high prices, enforced for 77 hours, punished suppliers short of power and led to a swathe of bankruptcies, including Texas' largest power cooperative, Brazos.

In the MISO network, more than 4.2 GW of nuclear and coal-fired generation has been retired since last winter and reserve margins in the region have fallen by more than 5%, NERC said.

"An extreme cold-weather event that extends deep into MISO’s area could lead to high generator outages from inadequate weatherization in southern units and unavailability of fuel for natural gas-fired generators," it said.

In New England, constraints on fuel delivery during extreme weather could force generation off-line while in Alberta and the Northeast NPCC-Maritimes regions rising peak electricity demand will increase the risk of shortages, NERC said.

NERC acknowledged that following storm Uri the power industry implemented some measures to protect generation assets from extreme weather, but noted that the risk of energy emergencies "has not been eliminated."