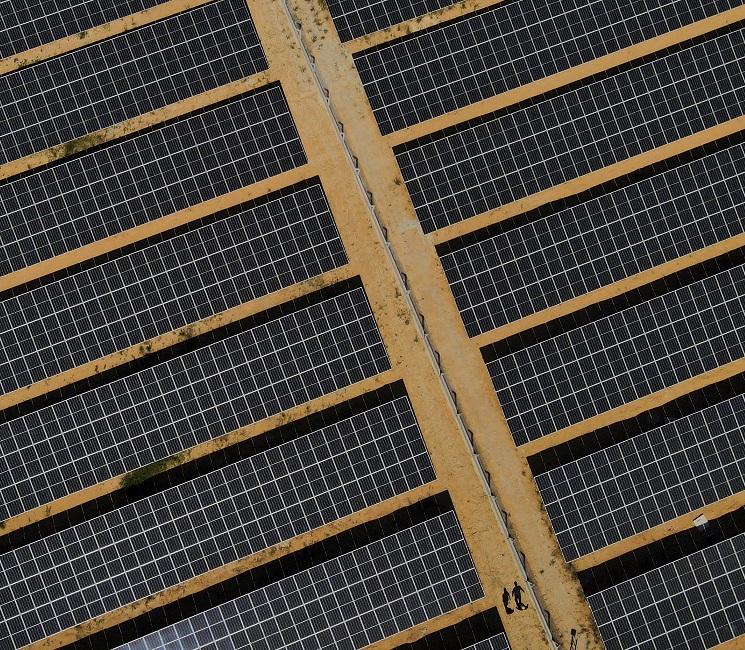 Spain allocated 866 MW of solar capacity at an average weighted price of 31.65 euros/MWh ($36.72/MWh) in its latest renewable energy auction, some 25% higher than prices paid in January as some major players declined to participate and inflationary pressures continue to challenge developers.

Spanish utilities Iberdrola and Endesa did not bid in the auction due to regulatory uncertainty created by the Spanish government's decision to claw back income gains from generators following soaring wholesale prices in Europe, Reuters reported.

"Iberdrola did not go into the auction because of the regulatory uncertainty, which has made us reconsider our investments in renewables in the country," a spokesperson said.

Iberdrola has been rapidly expanding in Spain and plans to triple global renewable energy capacity to 95 GW by 2030. The company secured 243 MW of solar projects in Spain's previous auction in January, when solar projects claimed all of the 1 GW of capacity available in a technology-neutral pot, on top of 1 GW set aside for solar projects.

The latest auction specifically allocated 700 MW for PV projects, 1.5 GW for wind, 300 MW for local distributed PV plants, 600 MW for "accelerated availability" solar or wind projects and a further 200 MW for any technology.

Some 2.3 GW of wind projects were allocated at an average of 30.18 euros/MWh.

Solar costs have fallen faster than wind in recent years but developers of both technologies have faced inflationary pressures from high raw materials costs and transport disruptions as industries rebound after the pandemic slowdown.

The UK will decarbonise its entire power supply by 2035 as part of plans to cut total carbon emissions by 78% compared with 1990 levels, Prime Minister Boris Johnson said October 7.

Johnson's power sector pledge follows the advice of the UK's independent Climate Change Committee (CCC) and matches the target set by President Joe Biden for the US power sector. Both countries have committed to net zero carbon emissions by 2050.

Johnson's announcement comes ahead of the COP26 United Nations Climate Change Conference in Glasgow next week.

The Prime Minister highlighted UK progress in offshore wind as well as emerging technologies such as carbon capture and storage (CCS) and green hydrogen. New nuclear power plants will also play a role.

The UK is the leading global offshore wind market and aims to quadruple capacity to 40 GW by 2030. The government also opened subsidy auctions to onshore wind and solar this year for the first time since 2015. As wind and solar capacity grows, cost-efficient energy storage will be crucial.

"We think we can get to complete clean energy production by 2035," Johnson said.

The UK is the world leader in power sector decarbonisation, slicing power sector emissions by two thirds by 2019. The pledge to cut total UK emissions by 78% will for the first time require cuts in international aviation and shipping. By 2019, the UK had cut total emissions by 44%.

The US Department of Energy (DOE) aims to increase community solar capacity by 700% by 2025 to supply the equivalent of 5 million homes, it said October 8.

This equates to 26 GW of community solar by the middle of the decade, the Coalition for Community Solar Access said in a response statement, far higher than previously forecast.

The US installed 900 MW of community solar in 2020 and was forecast to continue at this level in the coming years, according to the latest quarterly market report by Wood Mackenzie and the Solar Energy Industry Association (SEIA).

The DOE's new target can be achieved through initiatives such as the national community solar partnership (NCSP) between developers, community groups and local and tribal governments, it said. The DOE will offer free technical assistance to NCSP partnership members, it said.

"Reaching these milestones will help achieve the Biden-Harris Administration’s goals of achieving 100% clean electricity by 2035 and ensure that all Americans can reap the benefits of renewable energy while building community wealth and resiliency," the DOE said.

Global investment in renewable energy must triple by the end of the decade to achieve net zero by 2050 and avoid the worst effects of climate change, the International Energy Agency (IEA) warned in a report October 13.

Some 70% of the additional spending must be deployed in emerging and developing economies, "where financing is scarce and capital remains up to seven times more expensive than in advanced economies,” the IEA said in its World Energy Outlook 2021 (WEO-2021).

The release of the report comes ahead of the COP26 United Nations Climate Change Conference in Glasgow next month.  The IEA has already warned that investors should not fund any new oil, gas and coal production or any new unabated coal-fired power plants in order to reach net zero by 2050.

“The world’s hugely encouraging clean energy momentum is running up against the stubborn incumbency of fossil fuels in our energy systems,” Fatih Birol, IEA Executive Director said. “Governments need to resolve this at COP26 by giving a clear and unmistakeable signal that they are committed to rapidly scaling up the clean and resilient technologies of the future."