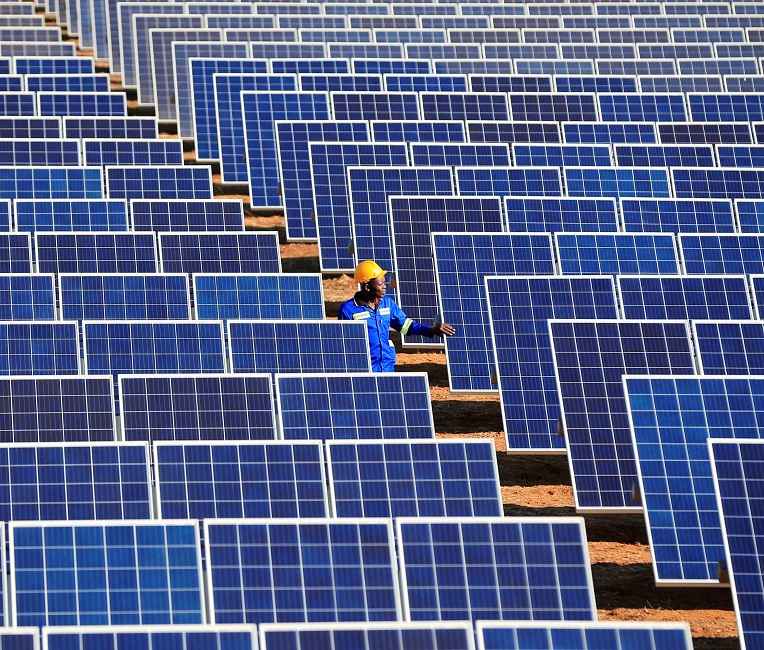 SolarPower Europe has hiked its global PV installation forecast for 2022-2024 by 20%-23% after the industry showed strong resilience during the COVID-19 pandemic and technology and market outlooks continue to improve.

In its latest annual Global Market Outlook report, SolarPower Europe predicts annual installations will rise by 25% next year to 203 GW. By 2025, installations are forecast to hit 266 GW, double the capacity installed in 2020, the industry association said.

Solar costs have fallen rapidly in recent years and cost reductions will continue "for many years to come," SolarPower Europe said.

"The current silicon supply shortage and other material constraints that have led to temporary solar product price hikes, are only brief incidences that are already being resolved," it said.

Installation rates could be even higher if new applications such as green hydrogen are rolled out as planned, the industry group said.

"If only a fraction of the plans recently announced, in particular in Australia, come to fruition, solar installation numbers towards the end of that five-year forecast could be significantly larger," it said.

Implemented in 2018 and due to expire in February, the Section 201 import tariffs aim to protect US panel manufacturers from lower cost products, mainly from Asia. The tariffs started at 30% and have fallen each year to 18% in 2021.

The US Solar Energy Industry Association (SEIA) has called for the tariffs to be scrapped, saying they increase project costs and slow down solar deployment. President Joe Biden aims to decarbonise the power sector by 2035, requiring an acceleration of solar and wind capacity. Suniva and Auxin want the tariffs extended as they have not been able to become competitive with overseas suppliers. The companies' investment plans were impacted by the stockpiling of imported panels prior to the implementation of the tariffs, "predatory" pricing from Chinese competitors, and inflationary pressures from the COVID-19 pandemic and raw materials markets, they said.

Auxin manufactures solar panels in San Jose, California. Suniva produced solar cells and modules in Norcross, Georgia and Saginaw, Michigan before filing for bankruptcy in 2017. Suniva brought the original case to the ITC in 2017, alongside SolarWorld America which has since been acquired by SunPower. In January, SunPower closed a manufacturing facility formally owned by SolarWorld in Hillsboro, Oregon.

The SEIA has called on the government to implement a range of support measures for US solar manufacturers, including a production tax credit for advanced solar manufacturing proposed by Senator Jon Ossoff.

With appropriate support, the US could increase its annual manufacturing capacity tenfold to 50 GW by 2030, SEIA said in June.

"If we want to compete in this environment, the U.S. government must also invest in its manufacturers across the entire supply chain, and these investments must be long-term and multi-faceted," SEIA said. "Companies need a suite of pro-manufacturing policy options designed to provide demand certainty, incentivize investments in production capacity and support ongoing factory production."

Naturgy to spend 9 billion euros on renewables by 2025

Spanish utility Naturgy plans to invest around 9 billion euros ($10.7 billion) in renewable energy and new businesses in the next five years as it shifts away from fossil fuels towards zero carbon technologies, the company announced July 28.

By 2025, Naturgy aims to triple its installed renewable energy capacity to 14 GW. This includes 5.2 GW of new capacity in Europe, it said.

In January, the group entered the US solar market through the acquisition of Hamel Renewables. Naturgy will invest $1.8 billion in the US and install 1.9 GW of solar power over the next five years, it said.

Naturgy aims to achieve earnings before interest, tax, depreciation and amortization (EBITDA) of 4.8 billion euros by 2025, compared with 3.7 billion euros in 2020.

World's largest floating solar farm to be built in Indonesia

The $2 billion project will be located on the Duriangkang reservoir on Batam Island and will include 4,000 MWh of energy storage capacity.

Floating solar activity is growing as land becomes more scarce and developers look to expand their technology base. Early market activity was concentrated in Asia but interest is growing in Europe, where land availability is a major challenge. In September, Portugal will launch a 500 MW floating solar auction, the first of its kind in Europe.

Sunreap's project will span across 1,600 hectares and the developer has signed a memorandum of understanding with the Batam government, it said. Construction is due to start next year and be completed by 2024.

Batam currently hosts 540 MW of fossil fuel power capacity, according to the local power authority's website. Power from the solar farm that is not consumed within Batam could potentially be exported to Singapore via a 50km subsea cable, Sunseap said.

The Duriangkang reservoir supports more than 50% of Batam's fresh water supply and the solar panels will help to reduce evaporation, the developer said. The water will also help to moderate the temperature of the solar panels, improving efficiency.