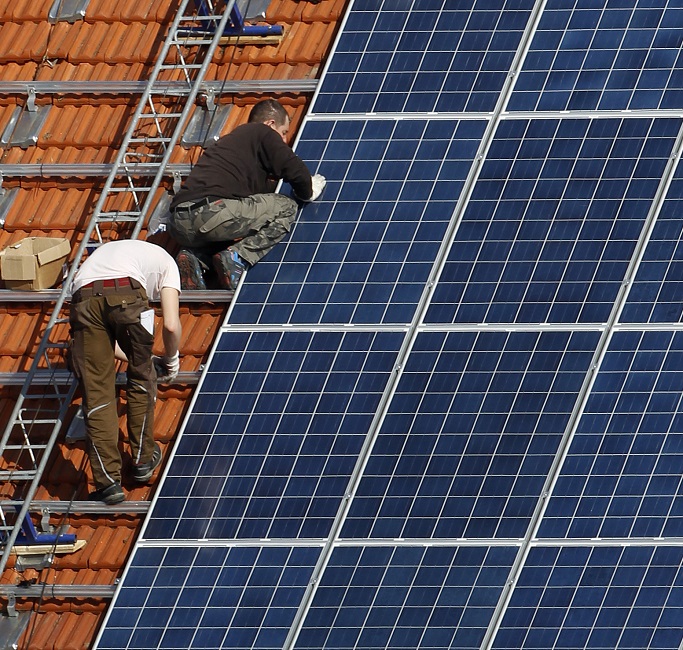 Germany's new coalition government has raised its renewable energy target to 80% of power generation by 2030 and aims to quadruple solar capacity to 200 GW through a massive deployment of rooftop panels.

The new government wants to exit coal-fired power generation by 2030, far earlier than the previous target of 2038, requiring a rapid acceleration in solar, onshore wind and offshore wind, the coalition said in an agreement unveiled November 24.

The government plans to reserve 2% of land for onshore wind power and triple offshore wind capacity to 30 GW. Measures will be implemented to strengthen carbon emissions pricing, reduce administrative delays for developers and accelerate grid expansions to accommodate renewable energy, it said.

Germany installed 4.8 GW of solar power in 2020 and was already forecast to lead growth in Europe in the coming years.

The U.S. International Trade Commission (USITC) has advised the federal government to extend US import tariffs and quotas on crystalline silicon photovoltaic cells.

Implemented by the Trump administration in 2018, the Section 201 import tariffs aim to protect US panel manufacturers from lower cost products, mainly from China. President Biden must decide by February whether to extend the tariffs, which started at 30% and have fallen each year to 15% in 2021. Last month, bilateral solar panels were exempted from the measures following a decision by the US Court of International Trade (CIT).

The USITC found that the tariffs continue to be "necessary to prevent or remedy serious injury to the US industry," the commission said November 24. The domestic solar industry is making a "positive adjustment to import competition," it said.

The safeguard measures were implemented following a case brought by manufacturers Suniva and SolarWorld, which has since been acquired by SunPower. The US Solar Energy Industry Association (SEIA) has called for the tariffs to be scrapped, saying they increase project costs and slow down solar deployment. Biden aims to decarbonise the power sector by 2035, requiring a rapid acceleration of solar and wind capacity.

Last month, the US Department of Commerce rejected a request from an anonymous group of US manufacturers for import duties on solar panels from Chinese-owned factories in Vietnam, Malaysia and Thailand.

Imports represented 89% of solar module shipments in 2020, a similar proportion to 2019, data from the US Energy Information Administration (EIA) shows. Module shipments include imports, exports and modules manufactured and installed domestically.

“Under the Section 201 tariffs, America lost out on 62,000 solar jobs, including a net-loss of 6,000 solar manufacturing jobs," SEIA said in a statement.

The industry group "remains committed to growing domestic manufacturing, but tariffs aren’t the answer," it said.

Solar power will represent 14% of US power generation by 2035 under current laws and regulations, less than half the share targeted by President Biden, the US Energy Information Administration (EIA) said.

Solar power supplied 3% of US power generation in 2020 and this will rise to 4% in 2021 and 5% in 2022, EIA said. Utility-scale installations will continue to dominate as developers take advantage of lower costs and investment tax credits (ITCs), it said.

Biden aims to decarbonise the power sector by 2035 and this will require a four-fold increase in annual solar installations to around 60 GW/year by the middle of the decade, rising to 70 GW/year in 2031-2035, the Department of Energy (DOE) said in a report published in September.

The report modelled the solar, wind and storage capacity required to reduce carbon dioxide emissions from the power sector by 95% by 2035. The study included the large-scale electrification of end-user sectors.

Floating solar activity is growing as land becomes scarcer and developers look to expand their technology base. Early market activity was concentrated in Asia but interest is rising in Europe, where land availability is a major challenge.

Portugal will tender for 100 MW at the 518 MW Alqueva hydroelectric dam operated by EDP in southern Portugal as well as 50 MW at the Castelo de Bode dam and smaller capacities at other sites.

EDP operates almost three quarters of the nation's hydroeelctric capacity and this summer it started installing a 5 MW floating solar project at the Alqueva facility. The project features 11,000 panels at water depths of up to 60 metres and builds on learnings from EDP's 220 kW Alto Rabagao pilot project, online since 2016.

Tender bids must be submitted by April and the projects are expected to be operational by 2023.