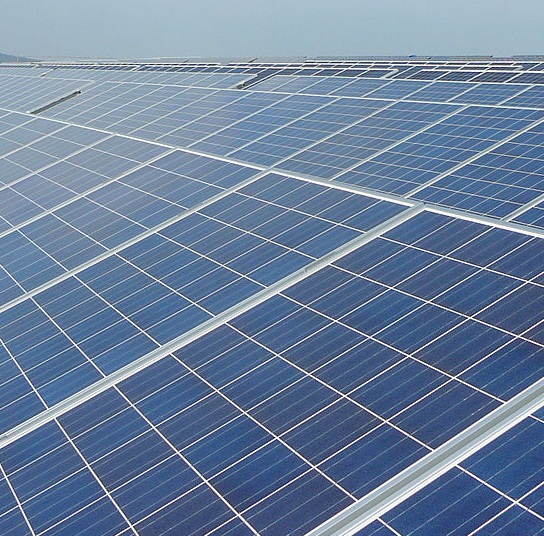 As demand for bifacial panels takes off, early field learnings are seen as critical to optimizing performance.

Bifacial panels are forecast to represent 17% of the global solar market by 2024, Wood Mackenzie said in a recent report. Some 30% of new U.S. utility-scale projects will use bifacial systems by 2025, according to the US National Renewable Energy Laboratory (NREL).

Over a year, Enerparc studied the performance of bifacial panels at an operational solar facility in southern Germany. Enerparc has developed over 3 GW of PV projects globally, including over 1 GW in Germany.

The study showed that for plants with fixed structures, high ground coverage ratios and a typical albedo of around 20%, bifacial modules can increase output by 4%, Miriam Guari Borrull, Systems Engineer at Enerparc, told the conference in Munich on March 6.

Bifacial modules introduce a greater number of performance variables and some are key to boosting output.

"When we [use] an artificial albedo we [found] a simulated bifacial gain of 8%," she said.

To perform the tests, Enerparc installed 10 strings of bifacial modules under the same conditions as monofacial modules.

The bifacial modules had 290 W frontside power and 75% bifaciality. The modules were fixed using standard mounting structures at a height of 0.7 meters, a base case tilt angle of 20 degrees and 3.5 m row spacing.

The ground coverage ratio was 65% and albedo (ground reflectance) was measured at 17%.

Over the whole year, the bifacial gain was 4%, but this rose to over 7% during winter, Borrull said.

Gains increased in the winter due to lower temperatures, higher levels of diffuse irradiance which reaches the rear side of the module, and snow coverage, she said.

Some developers are now exploring bifacial projects in northern regions of Europe and North America to capitalize on the high reflectance qualities of snow.

As fixed tariff subsidies expire in the coming years, bifacial plant operators could take greater advantage of higher wholesale prices in the winter.

In its tests, Enerparc found that the type of ground surface has a dramatic impact on the albedo and the gain in output was directly proportional to the increase in albedo, Borrull said.

For sites with similar conditions, operators might look to use quartz-sand gravel, limestone gravel or open-pored concrete to increase albedo, Borrull said.

"Of course you have to keep in mind biodiversity and which material you have available [close by]," she said.

In the U.S., NREL is currently developing the first ever database of albedo values for different regions and different types of ground surface.

Data collected will include types of vegetation and soil, data from surface radiation, CO2, water and energy flux networks.

"There are lots of different use cases. One case could be dual-use of the available area, for example agri-PV," Armin Scherl, Head of System Engineering at Enerparc, told the conference.

PV panels can even be installed vertically, for example to serve as fences or noise prevention, and this can have additional benefits, Scherl said.

The vertical installation of PV panels facing east-west can help to match up supply with peak demand periods - and higher wholesale prices - in the morning and evening, he said.

"The feed in curve comes really close to the curve of demand - with the morning and the afternoon peak," Scherl said.

"This could make sense for the future...where we sell energy on the spot market and not on fixed tariffs," he said.