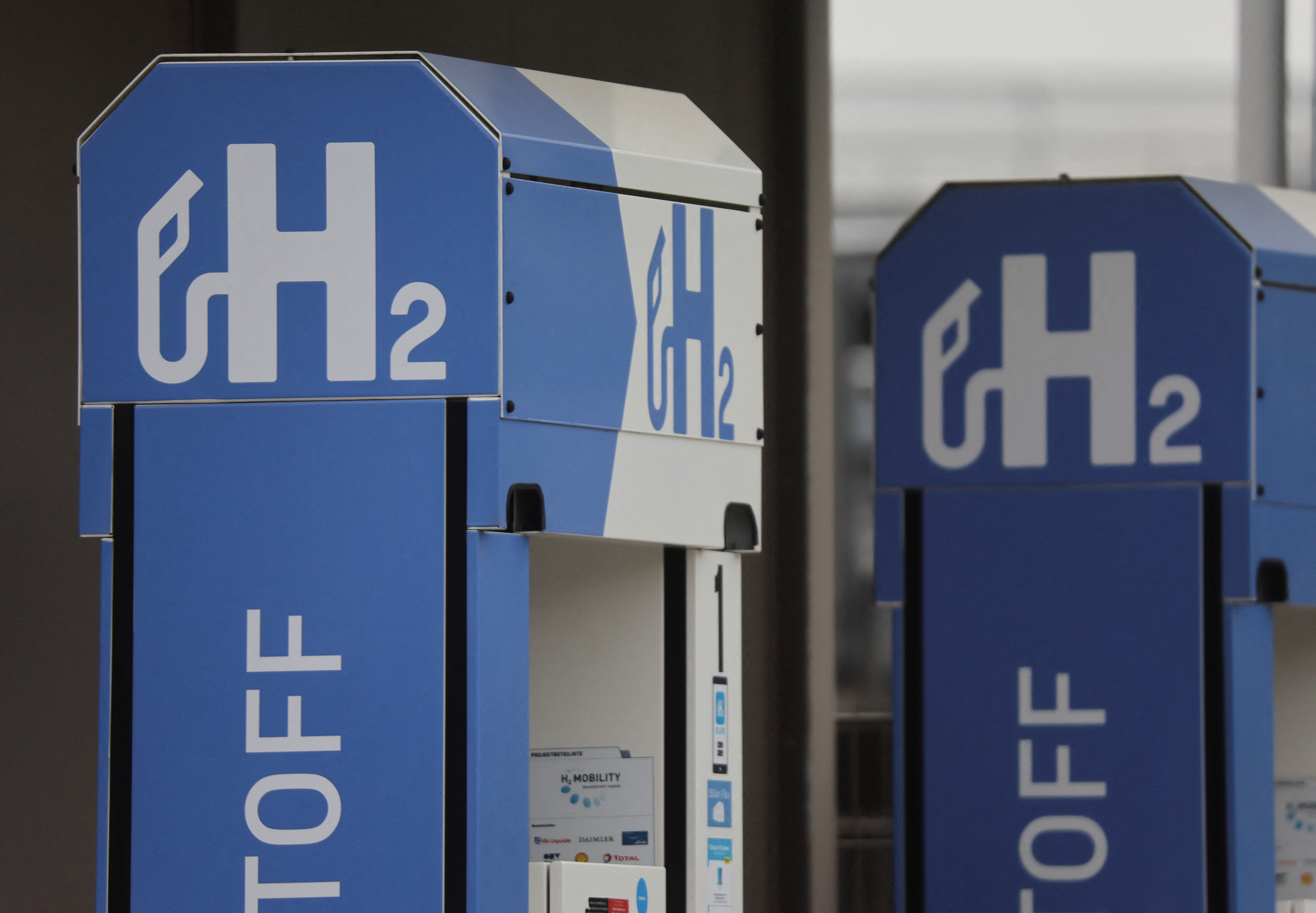 A hydrogen station is seen at the Cologne-Bonn airport in Cologne, Germany. (Source: Reuters/Wolfgang Rattay)

Projects are up 50% since November 2021, while 10% of proposed projects, worth $22 billion, have reached Final Investment Decision (FDI), are under construction, or are already operational, the report which was developed in conjunction with consultancy McKinsey & Company said.

However, investment proposals must triple to $700 billion until 2030 and both policymakers and industry need to step up in order to achieve the global 2050 net zero target, the report said.

“With the growing concerns around energy security, it is clear our economies need hydrogen. But on-the-ground deployment is not moving fast enough and needs to accelerate to realize the benefits of hydrogen,” Chairman of Kawasaki Heavy Industries, Ltd. and Co-Chair of the Hydrogen Council Yoshinori Kanehana said in a statement presenting the report.

The 2030 hydrogen investment figure is equivalent to less than 15% of investment committed to upstream oil and gas over the last decade, the Council said in the report.

The European Commission has approved up to 5.2 billion euro ($5.1 billion) by 13 Member States for an Important Project of Common European Interest (IPCEI) in the hydrogen value chain “IPCEI HyUse”, the Commission said in a statement.

The money will support research and innovation, first industrial deployment and construction of relevant infrastructure in the hydrogen value chain, it said.

The EU funding is expected to unlock an additional 7 billion euros in private investments and, as part of the project, 29 companies will participate in 35 projects across the economic bloc.

“Hydrogen can be a game changer for Europe. It is key in diversifying our energy sources and helping us reduce our dependency on Russian gas. We need to bring this niche market to scale,” European Commission President Ursula von de Leyen said.

A consortium led by Spanish oil and gas company Repsol are collaborating on the design and construction of the largest electrolyzer in Spain, with an initial capacity of 150 MW in its first phase, the company said in a statement.

The consortium, consisting of Repsol, Enagas, Iqoxe, and Messer, expects an initial investment of 230 million euros, to which an additional 80 million euros could be added for electrical storage facilities, Repsol said.

The project, located in the Petrochemical Hub in Tarragona, has passed the conceptual engineering stage and will now enter the detailed engineering phase.

In the second phase of the project of the project, starting in 2027, the renewable hydrogen production capacity would be increased to 1 GW, the company said.

The hydrogen produced at the site will be used as an industrial fuel by local industry, in mobility, and it will be injected into the natural gas transport network.

“This large-scale electrolyzer is a technological milestone, as its size will reduce the costs associated with the production of renewable hydrogen through electrolysis. The project, framed within the Hydrogen Valley of Catalonia and the Ebro Hydrogen Corridor, is included in the SHYNE consortium,” the statement said.

Hydrogen demand rose to 94 million tons (Mt) in 2021, above pre-pandemic levels of 91 Mt in 2019 and containing energy equal to about 2.5% of global final energy consumption, the International Energy Agency (IEA) said in its latest report, the Global Hydrogen Review 2022.

The increase came largely from traditional uses in refining and industry, though demand for new applications rose 60% from 2020 to about 40,000 tons, the report said.

New applications include rapidly growing steel projects which are using pure hydrogen in direct reduction of iron, the first fleet of fuel cell trains started operating in Germany, while there are over 100 pilot and demonstration projects for using hydrogen and its derivatives in shipping and in the power sector, it said.

“Considering policies and measures that governments around the world have already put in place, we estimate that hydrogen demand could reach 115 Mt by 2030, although less than 2 Mt would come from new uses,” the IEA said in the report.

“This compares with the 130 Mt (25% from new uses) that would be needed to meet existing climate pledges put forward by governments around the world so far, and with nearly 200 Mt needed by 2030 to be on track for net zero emissions by 2050.”