Hydrogen will likely replace diesel-powered railway locomotives wherever full electrification is difficult or too expensive as it offers an emission-free, quiet alternative that can be economically competitive, say developers. 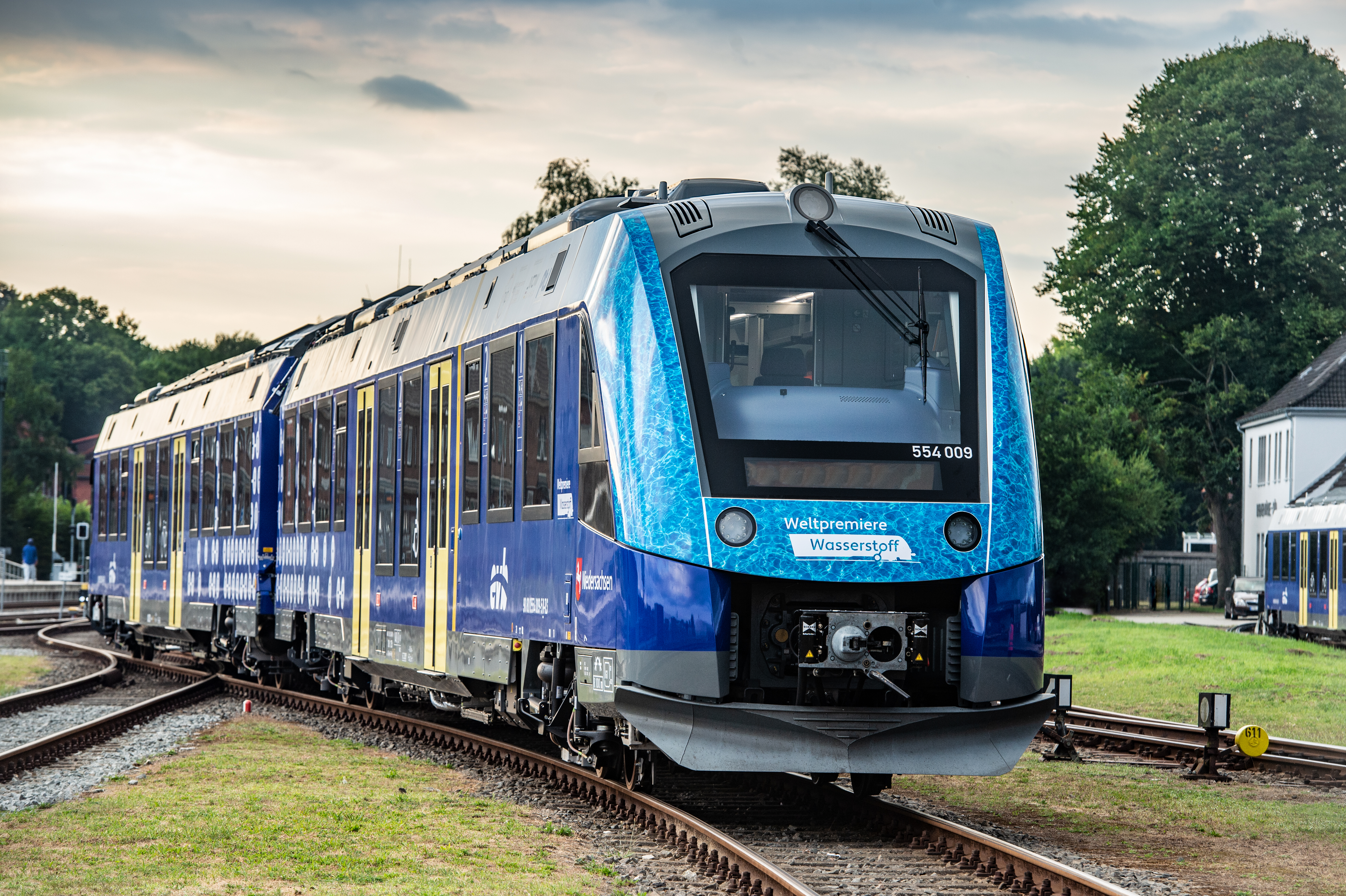 The trains, which have a hydrogen tank with a range of 1,000 kilometers and a maximum speed of 140 km/h, will be fueled daily at a Linde hydrogen filling station.

One kilogram of hydrogen replaces around 4.5 liters of diesel fuel, says Alstom.

“As a pioneer in hydrogen powered trains, we are building the foundation for the future industry. Coradia iLint is an illustration of a historic step towards sustainable mobility since it is the first passenger train in the world powered by hydrogen and is now in commercial service in Germany,” says Vice President of Regional Rolling Stock Platform at Alstom Brahim Soua.

Alstom presented the Coradia iLint for the first time at InnoTrans 2016 in Berlin before the trains entered into commercial service in Germany in 2018.

The company currently has three other contracts for hydrogen fuel cell powered regional trains including another in Germany servicing the Frankfurt metropolitan area with 27 Coradia iLint commuter trains.

In Italy, Alstom is building six Coradia Steam hydrogen trains in the Lombardy region, with the option for eight more, and in France the company will supply 12 Coradia Polyvent hydrogen trains shared across four French regions.

“Alstom’s ambition is to contribute to the decarbonization of railways by deploying its emission free solutions, hydrogen in particular. Several discussions are progressing for hydrogen applications not only in Europe, but also in North America and Middle east,” says Soua.

“For short range, battery trains should fit the need, and for applications where the range is key, hydrogen is the best solution.”

However, Soua notes that a central goal for the company is to make the hydrogen ecosystem more competitive.

According to Alstom, the hydrogen fleet becomes a more favorable business case after nearly 15 years thanks to the lower maintenance costs and despite hydrogen trains needing a 30% higher investment than diesel.

A lack of refueling infrastructure is also a major hurdle for the adoption of the technology and Alstom has signed multiple active partnership agreements which focus on the infrastructure for production, transportation, and management of refueling stations, including two consortiums in Germany, with Linde and with Infraserv, in Italy with Snam, and in France with Engie. 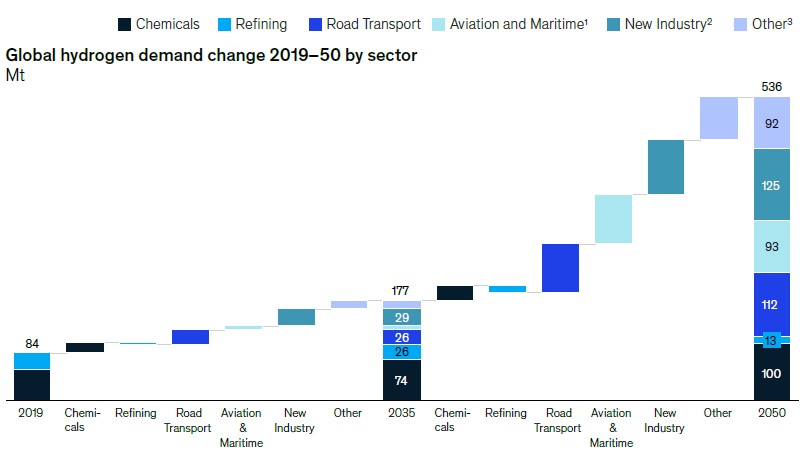 1. Aviation and maritime include direct use of hydrogen and hydrogen-derived synfuels including kerosene, diesel, methanol, gasoline, and ammonia. The category also includes some hydrogen-derived synfuels in road transport
2. New industry includes all new uses of hydrogen in Industrial processes, eg, iron and steel production, whereas chemicals and rening are traditional hydrogen uses
3. Other includes buildings and electricity generation

Refueling infrastructure is key to the success of any hydrogen transportation solution, and Linde inaugurated the world’s first hydrogen refueling system for passenger trains, with 64, 500-bar high pressure storage tanks and a total capacity of around 1,600 kg of hydrogen a day, as part of the Bremervörde project.

The Bremervörde trains run along a single 123 km track, so the single refueling site avoids transporting hydrogen to multiple locations.

“It’s almost like a back-to-base set up. You can build one big station and fuel the trains in one spot, so you don’t have to build multiple fueling sites,” says Vice President of clean energy at Linde David Burns.

“Even though it’s the biggest fueling station in Europe, we were able to site it so we could fuel the trains in a reasonable amount of time and fuel them back-to-back as well, so we don’t have to wait between fueling, which is key. We’re looking at this as a good model for similar suburban rail networks going forward.”

In Europe, many suburban commuter train networks use diesel and as such would be good candidates for conversion to hydrogen, a lower cost option than electrification.

Diesel trains in the United States meanwhile are often long-distance freight trains, which pose different logistical challenges when it comes to refueling.

“In the United States, (freight trains) tend to have multiple engines, so you need to be able to get enough hydrogen on board to be able to go long distance and haul from 50 to 100 rail cars. In terms of hydrogen demand it’ll be much larger,” says Burns.

“We are working on potential solutions for this. For example, do we have to look at liquid hydrogen on board and not gas?”

Liquid hydrogen has been used for many years as fuel for rocket applications by NASA and, given its high energy density, can be used to optimize the supply chain as demand grows.

With a single truck able to deliver 5 tons of liquid hydrogen at a time, Burns sees liquification being key for a distribution network going forward.

The trains in the Bremervörde project are, in themselves, emission free, but the hydrogen to power them is currently by-product sourced from local industrial processes.

Linde says its refueling system has been specifically designed and constructed with the ability to integrate future on-site green hydrogen generation.

In January, the company announced it had signed an agreement with Yara for the construction and delivery of a 24 MW green hydrogen plant, the second of such plants with the first currently being built at Linde’s Leuna Chemical Complex in Germany.

The proton exchange membrane (PEM) based electrolyzer will have a capacity of around 10,000 kg a day, says Linde.

“That’s the site (Leuna) we will be using initially to supply a ferry in Norway that’s going to be using green hydrogen. In the longer term, as demand grows across Germany, we’ll be building other sources of green hydrogen production closer to demand,” says Burns.