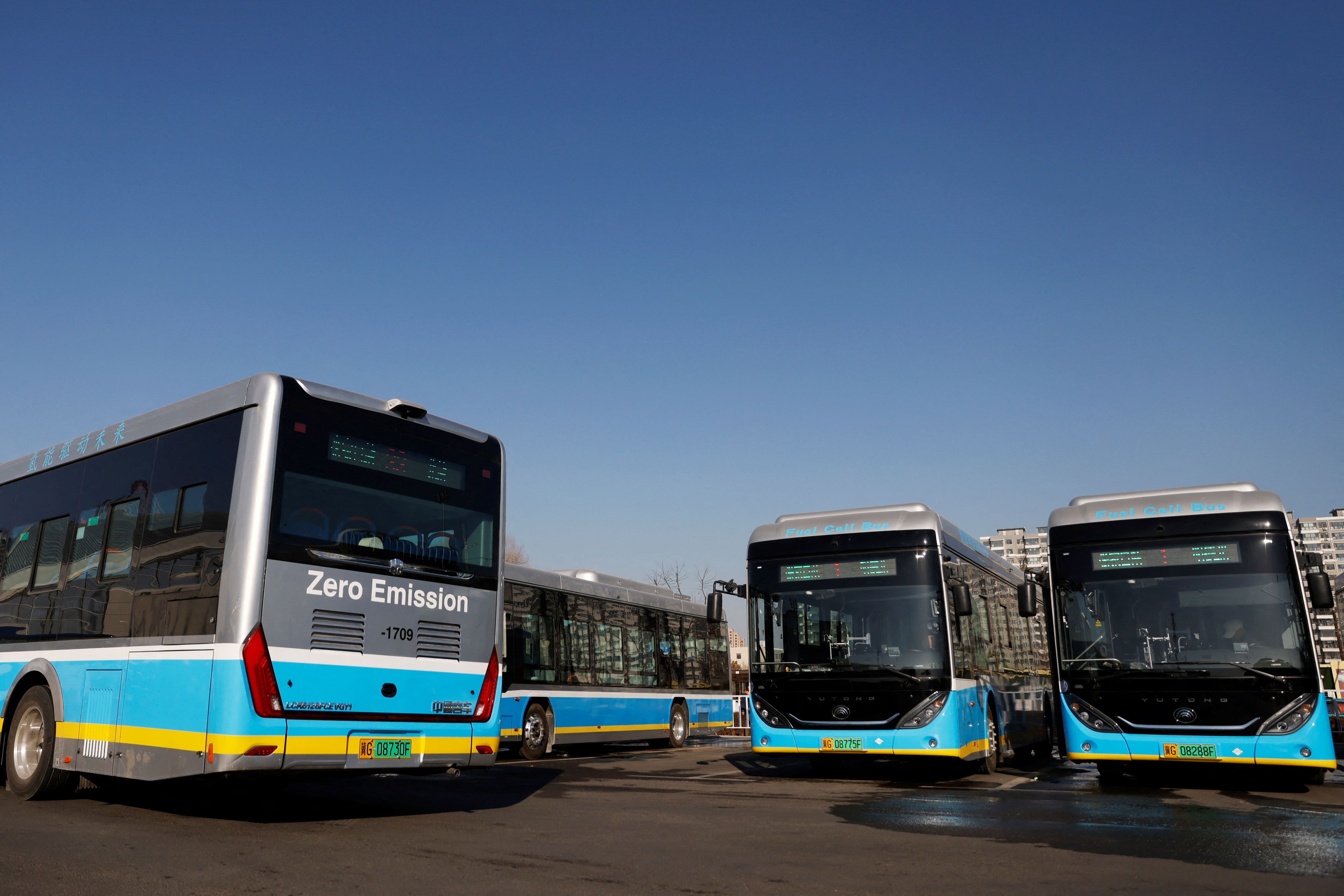 China has announced its first medium- to long-term plan to develop its hydrogen industry, including targets of up to 200,000 tons of green hydrogen a year by 2025, the country’s National Development and Reform Commission (NDRC) said in March.

The plan was unveiled by China’s NDRC, the top economic regulator, in association with the National Energy Administration (NEA) and is part of its drive to achieve peak carbon dioxide emissions by 2030 and carbon neutrality by 2060.

China aims to have around 50,000 hydrogen-fueled vehicles and hydrogen fueling stations by 2025 as part of the plan, the NDRC said, adding that it will reduce carbon dioxide emissions by 1-2 million tons a year.

A relatively complete hydrogen industry technology innovation system as well as the clean energy-based hydrogen production and supply system will be formed by 2030, the NDRC said.

Efforts will be made to promote high-quality development of the hydrogen industry, including building a supporting platform to boost industrial innovation, constructing hydrogen infrastructure, and promoting hydrogen applications in fields like transportation and industry, the plan said.

Electrification of the world’s energy system, powered predominantly by renewables, will be increasingly viable over the next decade, but supplying the entire system with clean power will need to include alternative fuels such as hydrogen and biofuels as some applications (e.g., aviation) are not currently amenable to electrification, the report said.

“As a general rule, and across all sectors, it is more efficient to use electricity directly and avoid the progressively larger conversion losses from producing hydrogen, ammonia, or constructed low greenhouse gas hydrocarbons,” the report said.

“What hydrogen does do, however, is add time and space option value to electricity produced using variable clean sources, for use as hydrogen, as stored future electricity via a fuel cell or turbine, or as an industrial feedstock.”

Hydrogen will also provide resilience to variable renewable electricity system and electricity-to-hydrogen-to-electricity round-trip efficiencies are projected to reach up to 50% by 2030, it said.

The role of hydrogen in transport depends on how far technology develops, the report said adding that batteries are currently a more attractive option than hydrogen-powered fuel cells for light vehicles.

However, hydrogen may have a more important role in heavy vehicles, shipping, and aviation, it said.

“The main use of hydrogen and hydrogen carriers in industry is expected to be as feedstock (e.g., for ammonia and organic chemicals) rather than for energy as industrial electrification increases,” the report said.

Spanish utility Iberdrola, the European Investment Bank (EIB), and the Spanish credit agency ICO have signed an agreement to loan the company 88 million euros ($96 million) through a certified green finance accord to construct a clean hydrogen plant in Puertollano, Castilla la Mancha, Iberdrola said in a statement.

The project includes a 100 MW photovoltaic plant, a 20 MW battery, and a 20 MW green hydrogen production plant, the utility said.

Iberdrola estimates that the plant will be one of the largest for industrial use in Europe and will produce some 1,000 tons of green hydrogen a year. Around 300 jobs will be created during the implementation phase and the new photovoltaic plant will generate some 160 GWh of electricity per year, Iberdrola said.

“At this time, especially given the high energy and gas prices in Europe, we at the EIB strongly believe that hydrogen has the potential to play an important role in boosting Europe's energy supply security,” EIB Vice-President Ricardo Mourinho Félix said in the statement.

Nearly 80% of India’s hydrogen will be produced by renewable sources by 2050 while demand for hydrogen is expected to be 12 million tons by 2030 and around 40% of that will be green, according to draft National Hydrogen Mission guidelines.

The joint venture will initially focus on supplying hydrogen for the refining, steel, and fertilizer sectors which consume approximately 2 MT of grey hydrogen, which currently makes up nearly all of India’s production, L&T said in a statement.

The new green hydrogen policy provides for the waiver of Inter-State transmission charges for a period of 25 years and a banking provision of up to 30 days, which will help reduce the cost of the gas, it said.