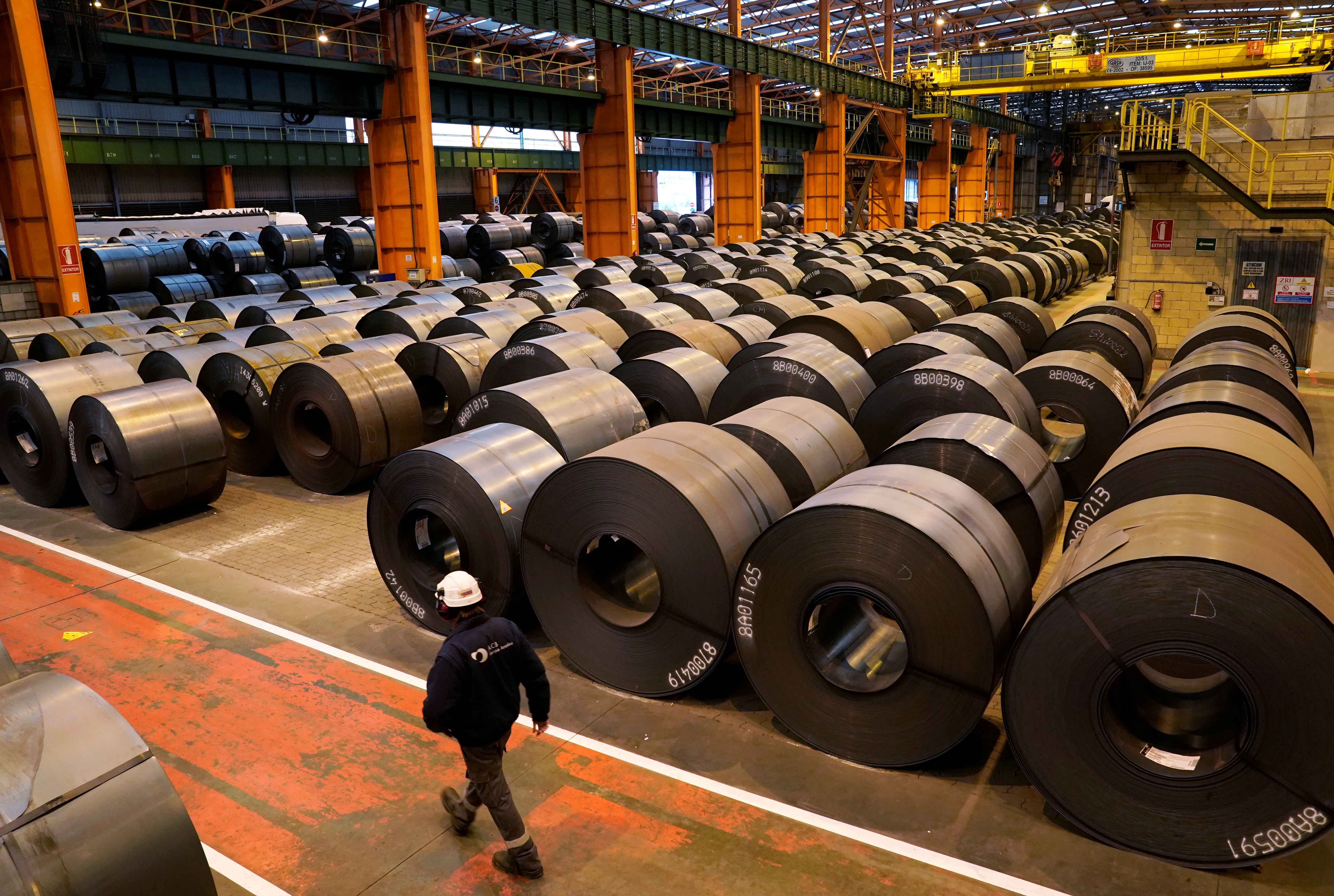 Steel companies are looking to green hydrogen in a push to decarbonize. Above, an ArcelorMittal steel plant in Sestao. (Source: Reuters/Vincent West)

Multinational steel manufacturing corporation ArcelorMittal has successfully tested the use of green hydrogen in the production of direct reduced iron (DRI) at its plant in Contrecoeur, Quebec, the company said in a statement.

Global steel manufacturing is responsible for a quarter of global industrial sector carbon dioxide emissions and green hydrogen has been slated as one of the most promising ways to decarbonize the sector.

The test was designed to assess the viability of replacing natural gas with green hydrogen in the ore reduction process.

The test replaced 6.8% of natural gas with hydrogen, which was produced from a third-party owned electrolyzer and then shipped to Contrecoeur, over a 24-hour period leading to a measurable reduction in carbon dioxide emissions, the company said.

The company plans to carry out further tests over the next few months with an increasing percentage of hydrogen in the mix, reducing CO2 emissions by several hundred thousand tons a year, it said.

The use of electrolyzers will depend on certain criteria, most notably the availability of sufficient electricity to power the units, the statement said.

The accord will clear the path for the Europe Union’s target set in the March REPowerEU communication to produce 10 million tons of renewable hydrogen a year by 2025.

“Clean hydrogen is indispensable to reduce industrial carbon emissions and contribute to our energy independence from Russia. We have no time to lose, which is why this European electrolyzer summit is so opportune,” Breton said in the statement.

The joint accord sets out a target for European electrolyzer manufacturers to increase their capacity to 17.5 GW a year as well as for the Commission to develop a supportive regulatory framework, facilitate access to finance and promote efficient supply chains, the EC said.

The U.S. Department of Energy’s (DOE) Loan Programs Office has issued a conditional commitment for up to $504.4 million in debt financing for what is expected to be the world’s largest industrial green hydrogen production and storage facility, Mitsubishi Power said in a statement.

The Advanced Clean Energy Storage Project in Delta, Utah, is in the final stages of debt and equity closing after the project was announced in May, 2019.

The hub has secured contracts for offtake, engineer, procure and construct (EPC) contractors, major equipment suppliers, and Operations and Maintenance (O&M) providers, while its financial advisor Haddington Ventures is securing $650 million through its Equity Syndication Program, it said.

“We are unbelievably excited to reach this important milestone, not just for our hub, but for the hydrogen industry as a whole,” said Michael Ducker, Senior Vice President of Hydrogen Infrastructure for Mitsubishi Power Americas and President of Advanced Clean Energy Storage I.

The facility, financed with support from the DOE loan guarantee, is designed to produce up to 100 tons per day of green hydrogen though 220 MW electrolyzers. The gas will be stored in two salt caverns capable of storing 150 GWh of energy each.

The hub will supply hydrogen feedstock to the Intermountain Power Agency’s (IPA) IPP Renewed Project which is an 840 MW combined cycle power plant that will initially run on a blend of 30% hydrogen and 70% natural gas in 2025. The plant will gradually increase the hydrogen in the mix to be fully green hydrogen run by 2045, the company said.

United Arab Emirates’s Abu Dhabi Future Energy Company (Masdar) has signed memorandums of understanding with Egypt to develop a green hydrogen manufacturing facility to produce 100,000 tons of e-methanol every year for bunkering in the Suez Canal by 2026.

Electrolyzer facilities in the Suez Canal Economic Zone and on the Mediterranean could be extended to up to 4GW by 2030 to produce 2.3 million tons of green ammonia for export and local use, UAE state news agency WAM said.

"These agreements represent a vital step forward in the development of the green hydrogen economy for both the UAE and Egypt and will play a significant role in our two nations’ decarbonization efforts. By working with partners such as Hassan Allam Utilities, we can help the green hydrogen market achieve its full potential over the coming years and play its part in supporting the global energy transition," Chief Executive Officer of Masdar Mohamed Jameel Al Ramahi was quoted as saying by WAM.

Saudi Arabia and the United Arab Emirates are both developing large hydrogen industries and have ambitions to capture global demand for the gas.