A USD$74m push for solar pumps in India’s latest budget sounds like good news for PV. But there is scant reason why thin film might benefit, according to analysts. 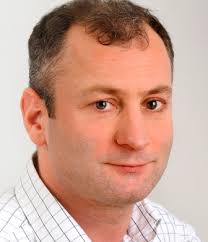 “The climate in India certainly does give some advantages to thin film. But a...

A push to support solar pumps in India is unlikely to benefit thin film despite its leading position in the Indian market, analysts believe. Instead, a USD$74 million package announced in the country’s latest budget will likely favour nationally produced crystalline-silicon (c-Si) modules.

“The budget does not talk about the module technology used for water pumps,” says Madhavan Nampoothiri, found and director of the Indian energy analyst firm RESolve Energy Consultants.

“However, in order to be eligible for a subsidy for off-grid products, including water pumps, only indigenously manufactured PV modules can be used. Since there are no thin-film manufacturers in India, obviously it is an advantage for c-Si, from a policy perspective.”

The cash for solar pumps, announced by Finance Minister Arun Jaitley in recent weeks, was part of a limited number of measures that broadly supported the sector but stopped short of being game-changing measures, according to Bridge to India, another analyst firm.

Jaitley also unveiled $93m for Gigawatt-scale solar power projects but, wrote Bridge to India consultant Mudit Jain in a blog posting: “Going by the budgetary estimate, this would only be used for the initial feasibility studies and planning.”

Jain adds: “Our score for the budget is 3/10. We think this budget is a disappointment for the solar sector. This is a surprise. Prime Minister Narendra Modi is widely regarded as a strong believer in solar. Many expected a more far-reaching, directional and visionary budget.”

Jaitley’s budget, which followed Modi’s election in May, left PV watchers wishing for policy moves such as an uptick in National Solar Mission targets or the removal of tariffs on manufacturing equipment and materials.

One of its stronger cards, however, was increasing support for solar in India’s agricultural sector, which accounts for almost a sixth of the country’s gross domestic product.

The budget allocation for pumps, which should cover 100,000 pumping stations, was accompanied by a further $18.5m for 1MW solar parks on canal banks. Nampoothiri does not see this as an opportunity for thin film, however.

“From a technology perspective, optimum utilisation of open spaces, without shade from trees, could tilt the balance in favour of c-Si, which obviously requires less space for the same wattage compared to thin film,” he points out.

Dr Finlay Colville, vice president of NPD Solarbuzz, says thin film is losing its competitive edge across India in general, as a result of changes in the market.

“A lot of the market share that thin film had in India in the past was largely due to First Solar and several other suppliers from Asia Pacific,” he comments.

“A lot of that advantage, in particular for First Solar, was more a consequence of the fact that there were limitations on the crystalline supply and thin film was exempt from import duties. That’s now gone, and India is no longer seen as being a big opportunity for thin film.”

Instead, he says, the focus in the Indian solar market has shifted towards the creation of a national manufacturing industry. With no home grown thin-film makers to speak of, the technology is increasingly at a disadvantage.

This is even in spite of the fact that thin film is supposed to boast better performance than c-Si in India’s muggy climate. “I think the market share of thin film in India before wasn’t so much driven by the technology as the fact that First Solar had a large presence there,” Colville says.

“The climate in India certainly does give some advantages to thin film. But a lot of it has been normalised now with the changes in regulations. I don’t think there is any technology advantage any more in India. It’s purely a case of competing with crystalline on price point.”

The only likely avenue for continuing thin film expansion in India is where specific developers are used to the technology and choose it over c-Si, or where manufacturers are willing to invest significant time and effort in promoting themselves and generating sales.

“If First Solar decides it wants to prioritise other geographies around the world over India then the opportunity for thin film collectively in India goes way down, regardless of the application,” believes Colville.

When it comes to solar pumps, he adds: “I’d be surprised if there was any specific advantage. It’s a PV application first and foremost. What technology is used is secondary. I don’t think there’s anything to say thin film would be advantageous.”

Currently there is no indication of whether First Solar, or indeed any other thin-film maker, intends to push its products as the technology of choice for solar pumps.

cIn the absence of such a strategy, however, it is difficult to see how vendors will avoid the gradual drift towards c-Si that is already becoming evident across the rest of the Indian solar scene.