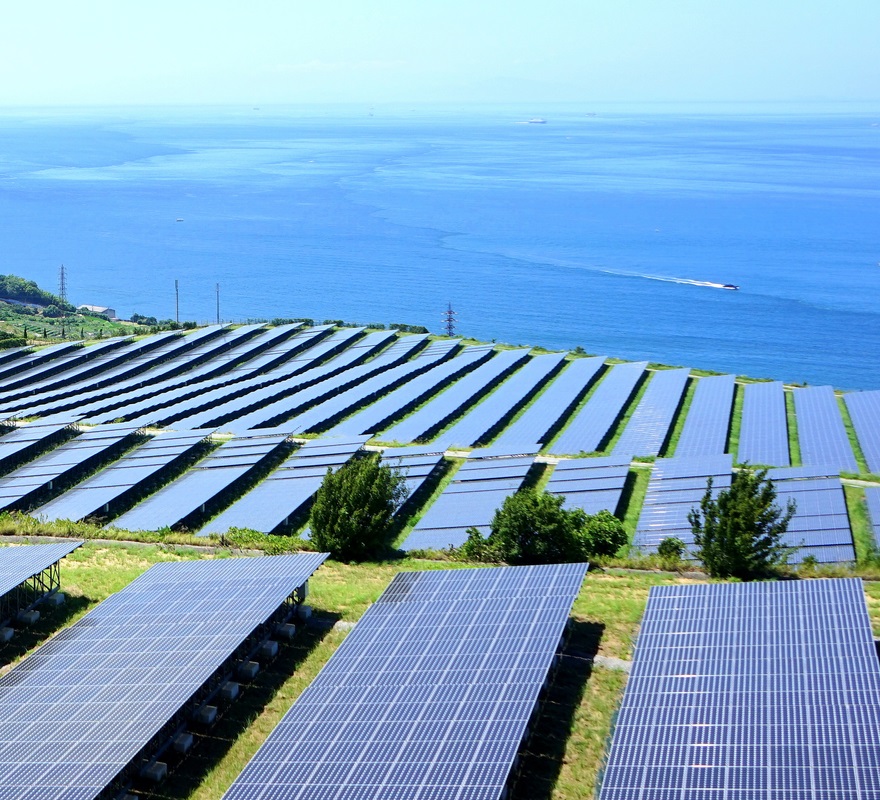 US utility PV installations forecast to bounce to 7.8 GW in 2019

U.S. utility-scale PV installations are now forecast to hike to 7.8 GW in 2019, some 0.6 GW higher than previously forecast, according to the latest quarterly U.S. Solar Market Insight report published by Wood Mackenzie and the Solar Energy Industry Association (SEIA).

Utility-scale installations dipped to 6.2 GW in 2018 as uncertainty over Section 201 tariffs prompted some developers to delay completion dates. This has boosted the forecast for 2019 and 2.6 GWdc of capacity is already under construction, the report said.

The forecast for 2019 is almost double the prediction of 4.3 GW made by the Energy Information Administration (EIA) in its latest Short-Term Energy Outlook.

Wood Mackenzie and SEIA also raised the five-year forecast for utility PV by 2.3 GW, due to higher volumes of project announcements and increasing demand from utilities and corporate offtakers. 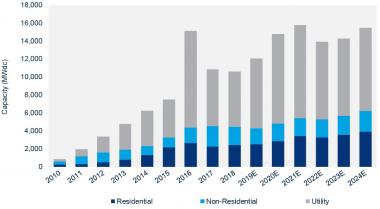 Commercial and industrial procurement is expected to remain a strong driver of utility solar over the next several years as more companies pledge to meet renewables targets, the report said.

Some 13.2 GW of utility-scale solar power purchase agreements were signed in 2018, it said. Renewable portfolio standards (RPSs) are also set to drive demand for utility PV.

Oil and gas major Royal Dutch Shell will become the world's largest electricity company by the 2030s if it achieves its goals for cutting greenhouse emissions, Maarten Wetselaar, Shell’s director of gas and new energies, said at a conference in Houston.

As the world moves towards an electrification of energy supplies, Shell could develop a power business that was the same size as its oil and gas operations, Wetselaar told the Financial Times.

This expansion would include power trading and the supply of power and equipment and would require returns on capital of 8 to 12% over the period, Wetselaar said.

Shell sees major opportunities in the decentralized power market, where it believes it has an advantage over established power utilities that own conventional coal and nuclear power plants. Shell believes it is well-placed to deploy advanced technologies and trading services in decentralized networks.

By 2020, Shell plans to invest $1 to $2 billion a year in new energy technologies including electricity.

“We will do that for a number of years,” Wetselaar said.

“And then we will scale it up, because otherwise we will never get there,” he said.

The “SOO Green Renewable Rail” transmission line would run from Mason City, Iowa, to Chicago, Illinois and could be online by 2024, DC DevCo said March 11.

The majority of the line would be buried along an existing railroad, following a model used for fibre-optic cables.

The "Wind Catcher" project involved the development of the U.S.'s largest wind farm in the Oklahoma Panhandle and construction of a transmission line to send the power to eastern Oklahoma. The project also proposed to serve customers in Texas, Louisiana and Arkansas.

The PUC said the project did not provide enough benefits for ratepayers. Oklahoma authorities had already questioned the benefit to consumers and were yet to make a final decision. The project had gained approval from federal, Louisiana and Arkansas authorities.

“To realize the full benefits of Wind Catcher for customers, timely approvals were required from all jurisdictions so we could complete the project by the end of 2020 and be eligible for 100% federal production tax credit," Nicholas Akins, AEP chairman, president and chief executive officer, said in a statement.

Iberdrola plans to invest 8 billion euros ($9.1 billion) in new Spanish renewable energy projects in 2018-2022 and commission up to 10 GW of new renewable capacity in the country by 2030.

The company plans to spend 300 million euros on the project, currently the largest PV plant under construction in Europe.