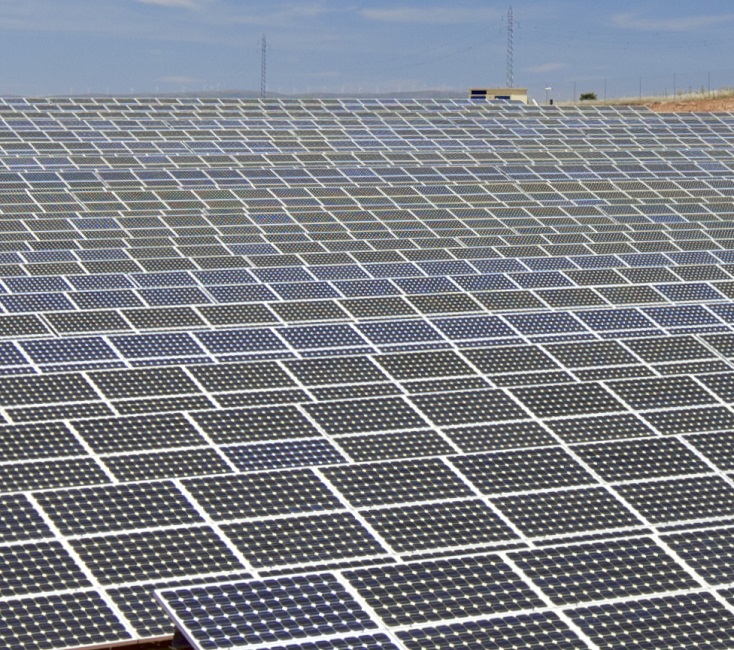 The 1 GW Karapinar plant is to be built in two 500 MW phases and fully operational by 2020. (Image credit: Pedrosala)

The entire Karapinar Yenilenebilir Enerji Kaynak Alani plant is scheduled to be fully operational within 36 months, Hanwa Q cells said in a statement.

The first 500 MW is expected to be commissioned within 21 months of the signing of the contract. The consortium has also agreed to build 500 MW of local PV manufacturing capacity within the same timeframe.

Turkey enforced some of the strictest domestic content rules ever seen in solar tenders. For the first 500 MW part of this project, the domestic content share must be at least 60%. For the second 500 MW, the local content requirement increases to 70%.

“The most important target of this tender for the Turkish government is to create an environment that makes it possible for all components for solar modules like ingot, wafer, cell, etc. to be locally manufactured in Turkey,” Kutay Kaleli, President of Gunder, Turkey’s solar energy Society and founding partner of Istrich Energy Consultancy, told New Energy Update.

Until now, Turkey’s solar market in Turkey has been fragmented and most projects have been unlicensed and below 1 MW, Lara Hayim, solar analyst at Bloomberg New Energy Finance (BNEF), said.

“The Government has been keen to kick-start local PV manufacturing capacity for a while and leveraged developers' appetites to build large-scale projects in Turkey to impose these local content requirements,” Hayim said.

Turkey's drive towards domestic manufacturing was underlined by its enforcement of new anti-dumping tariffs on some of the largest China-based panel suppliers.

From April 1, 2017, the Turkish government has imposed anti-dumping fees of $20/m2 for panels from China-based firms, including Hanwa Q cells' business in Qidong, Yingli Energy and Trina Solar. This has raised the cost of panels by over 30% to almost $0.50 per watt.

The Hanwa Q cells-Kalyon consortium won the Karapinar tender with a bid price of $69.9/MWh for a 15-year power purchase agreement (PPA).

Large-scale PV costs have plummeted in recent years and the consortium’s bid price is relatively high compared with other large-scale projects, highlighting the impact of strict domestic content requirements.

Only four consortia bid in the Turkish tender and the other bidders were Limak-CMEC-Hareon Solar, Calik Enerji-Solargiga and AKC-Gunes.

There was a notable lack of interest from global solar developers and the lack of participants suggests the local content restrictions narrowed potential project margins, Hayim said.

Turkey has set a national solar power capacity target of 5 GW by 2023 and the giant Karapinar power plant will be key to meeting this aim.

Turkey has installed just 1 GW of solar power so far and the new 500 MW solar manufacturing facility will support accelerated growth in the coming years.

Turkey aims to install at least 10 GW of PV and wind capacity in the next 10 years, Albayrak said at the CERAweek event on March 17.

The Turkish government wants renewable energy to provide around a third of the nation’s electricity by 2023. Turkey will also look to export solar power to neighbouring countries, the government said in a statement following the Karapinar tender.

Growing power needs have prompted a surge of solar power investments in the Middle East and North Africa (MENA).

There is currently around 4 GW of utility scale PV capacity under development in MENA, according to a report by the Middle East Solar Industry Association (MESIA), published in February.

The Hanwha Q Cells’ manufacturing facility is expected to supply mainly to Turkish projects in the short to medium term. Opportunities to export to other Middle East and North Africa nations will depend on the competitiveness of the facility as well as any local content rules implemented by other nations.

The investments will fund a new 10-year research and development project where at least 80% of the qualified staff must be from Turkey, he said.

Going forward, this R&D facility could yield additional module price reductions and this would boost the attractiveness of Turkish module exports in the regional solar market.