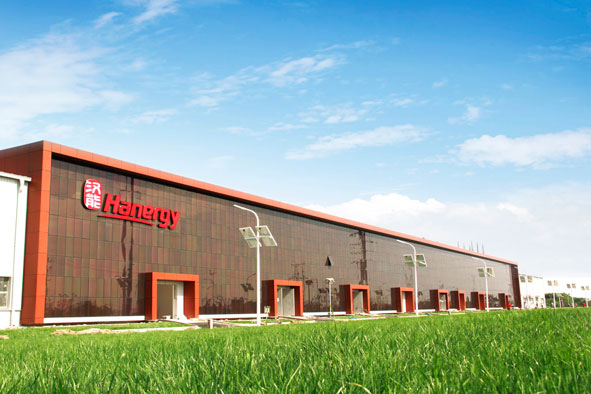 The Board of Hong Kong-based Hanergy Solar Group Ltd has proposed changing the English name of the Company to "Hanergy Thin Film Power Group Limited".
The Group is engaged in the design and assembly of equipment and turnkey production lines for the production of thin-film solar PV modules, and has expanded its downstream solar power generation and application business worldwide since 2013.
Because thin-film power generation constitutes a key component of the group’s principal businesses, Hanergy believes that the addition of the words "Thin Film Power" will better reflect it’s concentration in thin-film technology.
Magnolia Solar Is Using Nanotechnology to Develop High-Efficiency Thin Film Solar Cells
Magnolia Solar Corporation has announced its pioneering of the application of nanotechnology for both flexible CIGS and III-V solar cells in order to boost performance and lower costs. The U.S. based company has developed patent pending nanostructured optical coatings that can minimize reflection losses and enhance light trapping when applied to the surface of either CIGS or III-V solar cells.
It is also developing a technology to apply novel nanostructured designs to the absorber layer of high-performance III-V and CIGS solar cells in order to reduce recombination losses and increase the capture of low-energy photons.
Enel takes control of 3Sun thin-film venture
Italy’s Enel Green Power has taken full ownership of the 3Sun thin-film joint venture it had originally created with Sharp and STMicroelectronics, PVTech reported. The company said that STMicroelectronics will be paying €15 million (US$20 million) to release itself from any obligations under the 3Sun venture.
Enel’s full ownership of 3Sun means it will buy the factory’s entire output, which runs at around 200MW a year. The company said the modules would be used in projects that it is planning for between now and 2018 in Latin America and South Africa, where it has a PV project pipeline of 300MW.
Ascent Solar raising $32 million
Thin film solar panel maker Ascent Solar Technologies said it is raising money from private investors and will issue $32 million in senior secured convertible notes and warrants. According to Denver Business Journal, Ascent has already signed agreements and expects the deal to close by July 25, 2014. The amount represents the largest financing commitment the company has received from investors in several years, Ascent’s president and CEO Victor Lee was cited as saying. WestPark Capital Inc. was the sole placement agent, Ascent said.