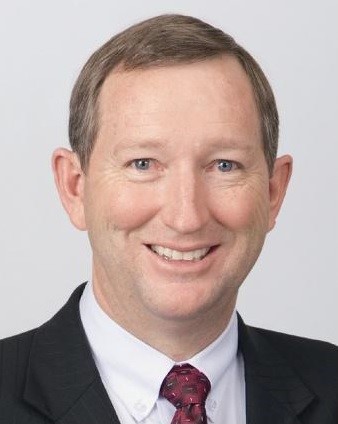 The Tohoku plant is a blueprint factory for future Solar Frontier production...

Showa Shell Sekiyu subsidiary Solar Frontier is the only CIS provider to have shipped over 2 GW cumulative of CIS solutions worldwide and their conversion efficiency announced last April was a record for the entire thin film industry.

Brooks W. Herring, Vice President Corporate Executive Officer for Tokyo-based Showa Shell Sekiyu and Vice President of Solar Frontier, chats with PV Insider on its fourth CIS module factory in Japan and how its latest EPC alliance is enabling them to stand out among the competition.

Q: What truly sets apart your CIS thin-film solar modules from other CIS modules in the market?

A: Solar Frontier’s CIS modules have proven that they generate more kWh per kWp in actual operating conditions than crystalline silicon. They are also distinguished by highly automated production and precision engineering in Japan, verified by third parties. Combined with system offerings, from our PowerSets in Europe through to utility-scale system solutions, we ensure reliable, economical returns for our customers in all segments – from residential through commercial to utility-scale.

But I also think this question goes beyond product differences; I believe it extends to who we are as a company. Solar Frontier is the world’s largest CIS solutions provider. We have proven gigawatt-scale production - and experience shows that entering into sizable mass production of CIS and doing it cost effectively are huge undertakings.

Equally, it is about gaining trust in the marketplace. Solar Frontier is the only CIS provider to have shipped over 2 GW cumulative of CIS solutions worldwide. And on the back of over 30 years of R&D in solar, we also differentiate ourselves in the technological arena. In April 2014, we announced 20.9% conversion efficiency on a 0.5cm2 cell cut from a 30cm x 30cm substrate, a record not only for CIS, but for thin-film as a whole.

Q: You are constructing Solar Frontier’s fourth CIS solar module plant in Japan, with a nominal production capacity of 150 MW. What drove you to open a fourth factory there and do you plan to build additional facilities elsewhere?

A: Various factors came into play. The Tohoku plant is a blueprint factory for future Solar Frontier production plants, meaning that the technology that will be introduced at the Tohoku Plant is the latest mass production technology, enabling higher conversion efficiency and best-in-class costs. Close coordination with the Atsugi Research Center, therefore, is key. In addition, the Tohoku region offers the opportunity for us to expand our sales in Tohoku, available subsidies, skilled personnel, and a chance to contribute to the revitalization of the Tohoku area.

Various factors will also play a part in the decision of further capacity expansion, including the need to reliably establish the newest mass production technology at the Tohoku Plant, the market environment, and our own business conditions.

Q: What are the some of the latest PV power projects that you have supplied or will be supplying?

A: We completed a power project at the Kansai international airport and will supply modules to the project adjacent to the Nagasaki airport. We are also developing several projects not only in Japan, but also overseas. More about these projects will be released publicly when the details are fixed.

Q: In late 2013, Solar Frontier formed an EPC Alliance with Belectric and Shoseki Engineering & Construction. Could you tell us more about this alliance and whether you plan to establish similar partnerships in the near future?

A: The Japan market is rapidly moving toward total solutions, and this alliance enables us to head-on meet that demand. Solar Frontier is the world's largest producer of economical CIS modules, Belectric is one of the world's largest solar EPCs, and Shoseki offers a strong understanding of the Japan market and a robust network of suppliers. Our work together enables efficiency in execution, a faster rate of completion, and optimized economic returns for the customer.

Our alliance builds on a history of cooperation between our companies, too. Solar Frontier began working with Belectric as early as 2010. We’ve also worked with Shoseki since the Kunitomi Megasolar project in the spring of 2013. This is a further step in demonstrating our commitment to working with top quality allies across the PV value chain to ensure improved economics for customers.

Q: What are some of the key challenges facing the solar thin-film solar market at the moment?

A: As I mentioned earlier, Solar Frontier’s CIS technology is different. It generates more kWh per kilowatt peak in actual operating conditions than crystalline silicon, and it is distinguished by highly automated production and precision engineering. These combine to ensure that we can deliver strong economic returns for customers.

But because our technology is different, it’s really been about gaining market acceptance. Trust is vital, especially when it comes to a unique technology and in light of the recent industry shakeout. Solar Frontier has come a long way and our technology has proven itself with major customers worldwide – from residential through commercial and utility-scale. At the start of 2014, we passed the 2-gigwatt global shipments milestone, and we are on course for another strong year.

In the long term, CIS shows greater potential than c-SI too. In April, 2014, we announced 20.9% conversion efficiency on a cell cut from a 30cm x 30cm substrate. This is a record for thin-film technologies and demonstrates there is even greater potential for our high-quality, high-performing CIS modules.

Q: Which direction do you see thin film going to in the mid-term?

A: Customers are increasingly realising the value of CIS, which I explained earlier. But I hesitate to use the term ‘thin-film’ because some people equate it to amorphous silicon. In terms of the opportunities for the CIS market, we see strong growth. This is especially the case as sunbelt markets, where CIS excels, increasingly adopt solar energy. And when you look at the long term, CIS as a technology offers new opportunities for new applications. As a result of its flexible nature, it can be used for surface and BIPV technologies.