International developers must include potential local land claims in project risk profiles and prepare for a new South African law which is set to ban new freehold land ownership by foreign entities. 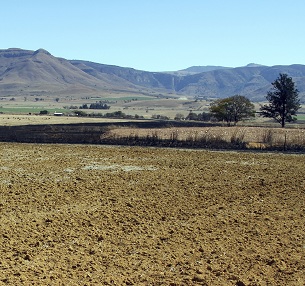 In support of black empowerment, South Africa reopened its land claim process in June 2014 after closing it at the end of 1998, giving land claimants another five years to lodge claims. Any person or community dispossessed of land rights after 19 June 1913 as a result of racially discriminatory practices are able to lodge a claim to restore such a right or receive compensation by 30 June 2019.

The land claims process has raised the importance of careful research and legal preparation during the development phase of renewable energy projects, as South Africa moves forward with its Renewable Energy Independent Power Producer Procurement Programme (REIPPPP). The South African government has set a target of 8.4 GW of solar PV capacity by 2030 and so far 2.3 GW has been procured.

“What’s different here from Europe is that you have the black economic empowerment program,” said Matteo Brambilla, managing director for Africa at Building Energy.

The Italian company developed the 81 MW Kathu PV plant in Northern Cape, which became operational in August 2014, and has more than 20 renewable energy projects in the country at different stages of development.

A new law due to be presented to South Africa's Cabinet in the first half of 2016 is also set to impact future land acquisition decisions. The Regulation of Land Holdings Bill would prohibit foreigners from owning land freehold, and instead allow them to lease plots for periods between 30 and 50 years.

The proposed policy was first announced by President Jacob Zuma in early 2015 and will not apply to those who have already acquired the freehold.

"It is recognised that this cannot apply retrospectively without constitutional infringements," the South African Government News Agency said in a statement February 11.

"As such those who have already acquired freehold would not have their tenure changed by the passing of the proposed law," it said.

To date, successful developers in South Africa’s Renewable Energy Independent Power Producer Programme (REIPPP) have either secured their projects’ land rights through a long-term lease, usually up to 25 years, or through the transfer of title (freehold acquisition), according to law firm Hogan Lovells.

Building Energy reached financial close on the Kathu PV project in November 2012, one year after it was awarded. A total of $360 million was invested in the plant and it is delivering above 20% in annual return on investment, Brambilla said. There is "plenty of room" for further development under South Africa's REIPPPP, he said.

“For Kathu, we bought the land. There are no limitations on land transactions; the only difficulty is that there might be land claims in some parts of the country,” Brambilla said.

According to South African law firm Wersmans Attorneys, eastern provinces such as Mpumalanga and Limpopo have seen some of the largest demand from renewable energy suppliers and these are also the two areas where the most land claims have been lodged.

Building Energy's Mkuze bioenergy plant in KwaZulu-Natal province, eastern South Africa, faced land claims in 2015. The developer has tackled these issues and aims to start up the plant by mid-2017.

“Land claims are historically granted to disadvantaged people who may at some point claim ownership of their land, so this is something that may happen. In Kathu [PV project in Northern Cape], we didn’t have issues but in other projects we had to deal with such issues and we used consultants and lawyers,” said Brambilla.

In the case of the Mkuze bioenergy plant, claims were lodged by four communities bordering the 3,500-hectare project site.

“This can cause difficulties when trying to define the beneficiary community and when designing the community benefit structures to which revenue will be channelled,” he said.

According to Werksmans Attorneys, project investors should notify the Land Claims Commission of intended projects on any and all land, as some claims may have been submitted but are not published in official documentation.

“The fact that a claim has not been published does mean it does not exist.” Bulelwa Mabasa, director at Werksmans Attorneys and an expert in land restitution law, said in a statement.

Developers should take comfort in the fact that even if a land claim is found to be valid, the state can offer to purchase the land from the landowner on the basis of fair and just compensation, Mabasa said.

Brambilla noted that land claims are normally assigned to a commissioner who decides what to do with the land and whether the claim has any grounds. If there are grounds, the commissioner determines the right price to pay for the owner.

“Usually, the government itself pays the price on behalf of the person who is claiming that piece of land. I must say that South Africa has a good regulatory framework that is quite developed, simple and friendly," he said.

“Renewable energy is in effect foreign direct investment and the [Lands Claims] Commission has, in most cases, been cooperative and forthcoming in support of renewable energy projects,” Mabasa said.

The earlier rounds of the REIPPPP typically required interested bidders to show that their projects were at an advanced stage of development by securing land rights to the project site, whether via ownership or leases.

An expedited bid window in the latest round launched in June 2015 simplified the process and required bidders to explain in writing any restrictive conditions in the title deeds of their sites and how they intended to resolve them.

Developers will need to allocate sufficient resources for any potential land claims and understand the implications of the forthcoming legislation on freehold land ownership.

SolarReserve's Lesedi, Letsatsi and Jasper PV plants provide a total of 246 MW of power to the South African grid.

“It is also important for a foreign solar developer to have a team with deep experience in developing energy projects internationally, and ideally in Africa,” Govender said.