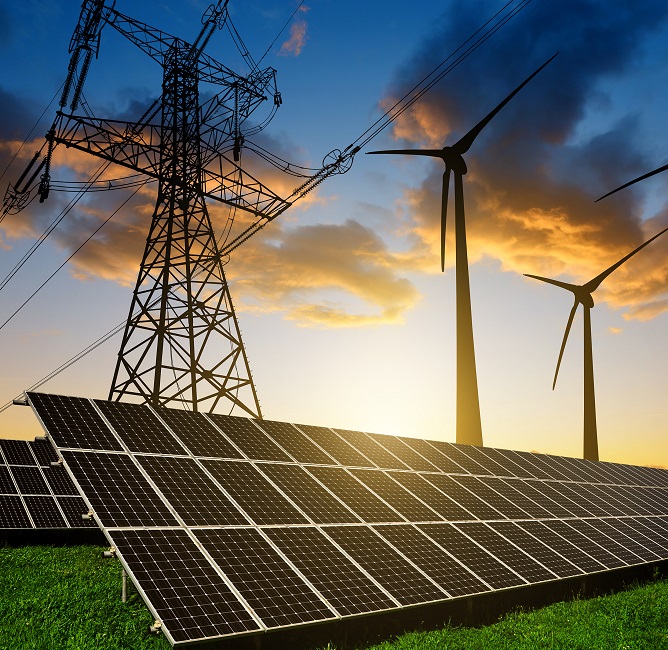 The U.S. is looking at new ways to reward grid services in the light of rising renewable capacity. (Image credit: Vencavolrab).

As falling costs continue to improve the business case for subsidy-free solar and wind projects, the U.S. government has launched a range of initiatives to enhance the resilience and reliability of the electricity grid.

Energy Secretary Rick Perry has highlighted the need for technologies and market mechanisms which enhance grid reliability and the DOE recently launched several research projects aimed at supporting a more diverse generation mix and the integration of smart devices and energy management measures.

The DOE's Solar Energy office launched September 12 a new round of R&D funding for power electronics programs which pursue cost reduction goals and address what the DOE called the "critical challenges" of grid reliability, resilience, and storage. The DOE's SunShot initiative has set a target of cutting the cost of utility scale solar power by 50% to $30 per MWh by 2030, and the new research funding aims to improve inverter performance and expand the capabilities of solar plants.

"The natural interface for that is the power electronics that is integrated in with the output of the PV array," he said.

The DOE plans to award funding to between 10 and 15 power electronics research programs, for a total of $20 million. Performance would be assessed for up to 3 years and the projects will have a 20% cost share requirement. The funding program invites developers to set out the metrics they would use to demonstrate greater reliability, grid resilience, or lower costs. 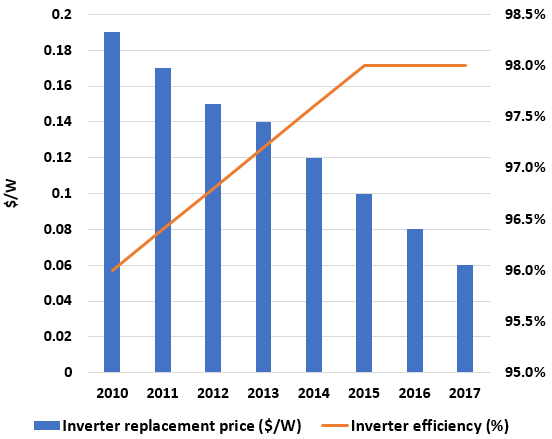 A key area of the research will be 'holistic' solar PV inverter designs that reduce system costs while increasing efficiency and reliability.

The DOE believes recent advancements in semiconductors, power density, innovative controls and packaging solutions could cut inverter costs and improve reliability and it welcomes proposals across all types of inverters.

Developers must take into account upstream technicalities of the inverter interface with the solar array, as well as the downstream connection of inverter output to the transformer or substation, Gay said. 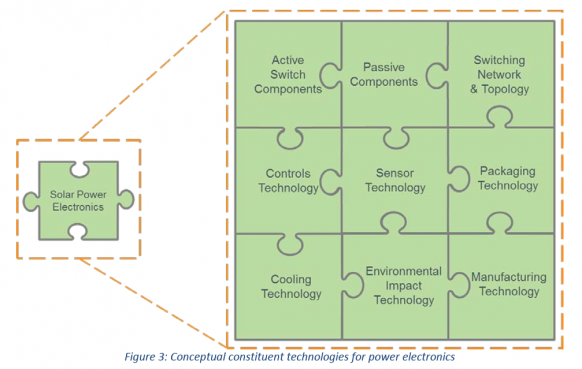 The DOE also wants to accelerate the development of modular power electronics designs which enhance functionalities such as integration of energy end user devices, grid services and online operations and maintenance (O&M) services.

"This communications capability could be used to offer a grid operator control of voltage and frequency parameters. That information might also feed back to a power plant operator who can see in real time the status and performance of each of the inverters," he said.

Other research areas identified by DOE include inverters integrated with energy storage power electronics, or inverters with enhanced protection functionality.

"If a component within the package sends a signal that it is not working properly you could remotely swap out a different element of the circuit to maintain continuous operations," Gay said.

"Or an innovative design might incorporate a subassembly which can be easily swapped in the event of default," he said.

The DOE hopes to attract the most innovative power electronics solutions from across a range of industrial sectors, such as automotive and aerospace industries.

The development of power electronics in electric vehicles is a "large moving landscape" and companies could use solar sector applications to scale up their technologies, Gay noted.

As the U.S. continues to see new types of power generation integrated into the power grid, increased communication capabilities should open up new business models for developers, Gay said.

"There are new innovations coming into play for the creation of power projects and the ability exists to be able to monetise the value of energy supplied to the grid," he said.

Some grid operators have already implemented new financial models to take into account the use of automated metering and power management units.