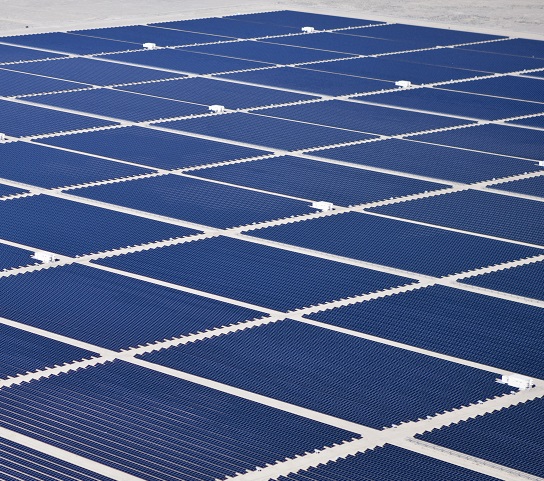 Saudi Arabia wants to attract up to $50 billion of investments in solar and wind projects by 2030 and will start issuing project tenders "within weeks," Khalid al-Falih, Saudi Arabia's energy minister, said January 16.

Saudi Arabia wants to build 10 GW of renewable energy capacity by 2023, Mr Falih said, according to a report by the Financial Times.

This objective is more bullish than the target of 9.5 GW of solar and wind power by 2030, announced in April by the Saudi government as part of its Vision 2030 plan of new economic and social objectives.

Saudi Arabia launched its first competitive solar power tender in June, for two 50 MW solar power plants in the north of the Kingdom.

The two new solar power plants are to be located at Al-Jouf and Rafha and will sell electricity to Saudi Electricity Company under a long-term Power Purchase Agreement (PPA).

Saudi Arabia's ACWA Power has signed the lowest-price solar PPA in Jordan to date, agreeing a price of JOD 0.042/kWh ($59/MWh) for a 61 MW project in the eastern province of Risha, the company said in a statement January 16.

In addition, Jordan's National Electric Power Company and Masdar of the United Arab Emirates signed in October the Power Purchase Agreement (PPA) for a 200 MW plant being developed by Masdar near Amman, Jordan's capital. This followed an agreement in January between Masdar and Jordan’s Ministry of Energy and Mineral Resources (MEMR), to build, own and operate the plant.

The United Arab Emirates has seen the lowest solar prices in the Middle East thus far.

In June, The Dubai Electricity and Water Authority (DEWA III) accepted a record-low PV project bid of $29.9/MWh-- made by a Masdar-led consortium-- for the development of the 800 MW DEWA III project.

In September, the Abu Dhabi Water and Electricity Authority said it received bids as low as $24.0/MWh in a recent 350 MW tender.

Jordan has set a target of 15% of domestic electricity production from renewable energy sources by 2020, equivalent to some 1.8 GW.

Manufacturers are being hit by low solar demand in Europe and an EU-level Minimum Import Price (MIP) for solar cells which has artificially inflated low-cost Asian components needed by European manufacturers, the report said. 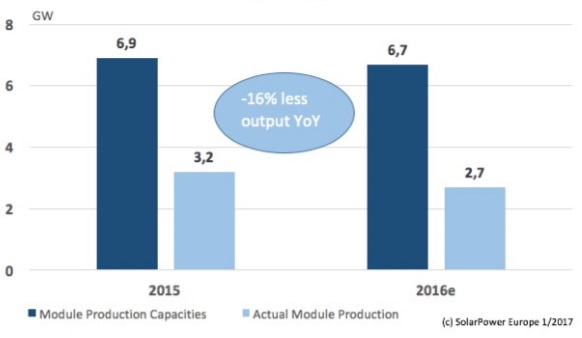 "The proposed maintenance of anti-dumping and anti-subsidy duties even for a period of two more years will negatively affect the entire solar sector in the EU," James Watson, CEO of SolarPower Europe, said in a statement.

"If Europe really wants to benefit from low-cost solar power, the [European] Commission and the EU Member States have to say 'No' to an extension of the duties," Watson said.