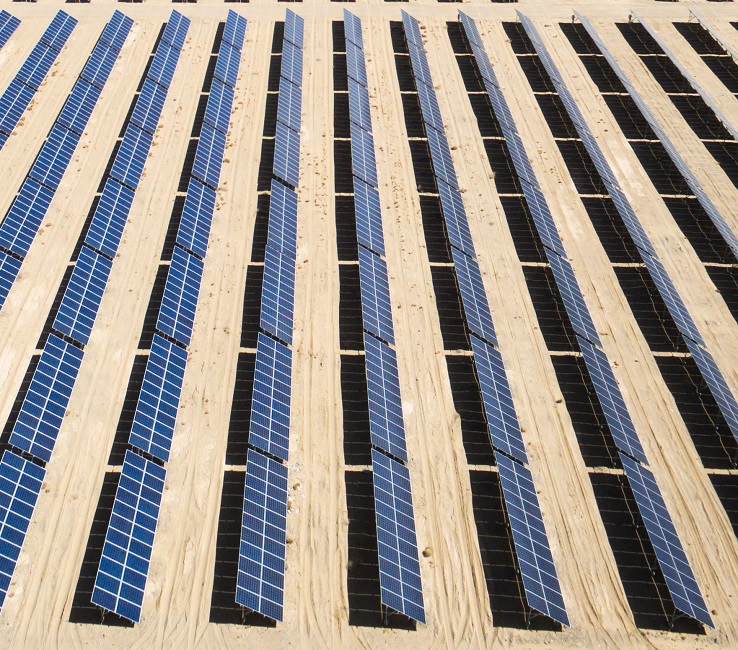 Saudi Arabia and Softbank signed March 28 a memorandum of understanding (MOU) to develop a solar plant of capacity 200 GW in Saudi Arabia by 2030.

If the plant is built, it would be around 10 times larger than the world's next-largest proposed development and would require around $200 billion of investments.

Softbank was said to be planning to invest as much as $25 billion in Saudi Arabia over the next 3 to 4 years, Bloomberg news reported.

The proposed plant would triple Saudi Arabia's electricity generation capacity from the 77 GW installed in 2016, according to data from Bloomberg New Energy Finance (BNEF). Around two thirds of the kingdom's electricity is supplied by gas-fired plants with most of the remainder supplied by oil-fired generators.

In the next 12 months, EDF will launch "at least three" battery projects which will improve the performance of the power networks, the company said.

EDF will look to develop storage projects in all sectors and aims to become the leading supplier of residential storage in France and Europe, it said. In Africa, EDF aims to develop a portfolio of 1.2 million storage customers by 2035 through local partnerships.

In December, EDF announced it would develop 30 GW of solar power capacity in France by 2035, through its renewable energy subsidiary EDF Energies Nouvelles (EDF EN). This equates to over four times France's installed solar capacity, currently at around 7 GW. A former monopoly, EDF remains France's dominant power generator and supplier, providing most of its power through nuclear power plants and hydroelectric facilities. 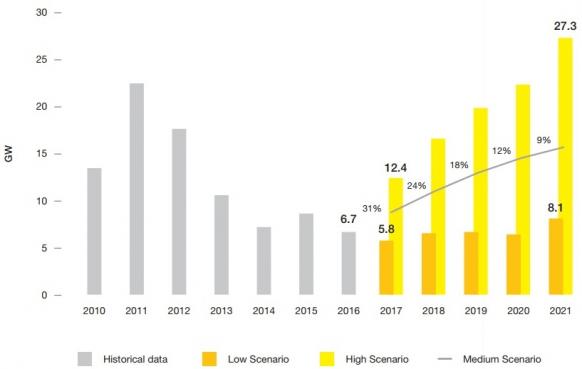 EDF plans to invest 70 million euros in research and development (R&D) for power network storage in 2018-2020, the company said March 27. Over the same period, EDF will invest in 15 million euros in energy storage and grid flexibility start-ups.

"EDF’s Electricity Storage Plan is based on the expertise coming from all entities within our Group and 25 years of investment in R&D. The new limit the Group is setting is a 100% carbon-free power system by 2050," Jean-Bernard Levy, EDF’s CEO and Chairman, said.

By end of 2017, EDF EN had developed almost 12 GW of renewable energy projects globally with a further 1.9 GW under construction.

“The procurement of the 27 new projects is the biggest IPP [independent power producer] procurement by the Department of Energy to date, representing a total of 56 billion rand [$4.6 billion] of investment and about 2 300 MW of generation capacity to be added to the grid over the next five years,” Energy Minister Jeff Radebe said.

South Africa's Northern Cape region will receive the majority of investment through 15 new wind, PV and CSP projects. Four new solar projects will also be built in the North-West province.

Faced with dwindling national grid capacity and limited state finances, state utility Eskom had delayed the signing of the PPAs since 2016.

Since its launch in 2011, South Africa’s REIPPPP has thus far procured 102 projects, representing investments of some 194.1 billion rand including 53.4 billion rand from foreign investors, according to data published by the South African Renewable Energy Council (SAREC) in 2017.

Global benchmark solar costs have fallen by 18% over the last year, to $70/MWh in the first half of 2018, Bloomberg New Energy Finance (BNEF) said in a new report published March 28. Benchmark wind costs also fell by 18%, to $55/MWh.

In dispatchable power, wind plus storage and solar plus storage plants are set to challenge the competitiveness of coal and gas-fired generation, BNEF said. Lithium-ion battery prices have fallen from $1,000/kWh in 2010 to $209/kWh in 2017, according to BNEF's battery price index.

In the provision of grid flexibility, stand-alone batteries are starting to compete on price with open cycle gas plants and pumped hydro technologies, BNEF said.

Some existing coal and gas power stations with sunk capital costs will continue to provide bulk generation and balancing for many years, Elena Giannakopoulou, head of energy economics at BNEF, said in a statement.

"But the economic case for building new coal and gas capacity is crumbling, as batteries start to encroach on the flexibility and peaking revenues enjoyed by fossil fuel plants," Giannakopoulou said.

In addition, a further nine manufacturing partners have committed to purchasing 100% of energy needs from renewable sources, bringing the total number of supplier commitments to 23, Apple said.

The announcement came just days after Google announced it had bought enough renewable energy to supply 100% of its global power demand. On March 21, Microsoft announced it had signed the U.S.' largest ever solar offtake contract.